3 Industry Case Studies: The Speed and Reliability Benefits of SSDs

Systems integrators have many important decisions to make, not the least of which is choosing the right storage options for their organizations. While cost is often a major consideration, solutions such as solid state drives (SSDs) offer meaningful advantages in reliability and long-term performance.

When weighing the benefits of SSDs vs. hard disk drives (HDD), the former provides faster throughput, higher numbers of input/output operations per second (IOPS), lower latency, lower power consumption and zero acoustic noise. Additionally, SSDs have better response to harsh environmental conditions such as vibration, shock and a wide range of temperature variations that HDDs can’t tolerate as well. Given the cost associated with returning a system under warranty for repairs, it is a worthwhile investment to ensure that they are as reliable as possible.

SSDs are becoming more prominent as many organizations favor their speed and reliability over HDDs. Here are three organizations — Muse Research and Development, Revention and the SLAC National Accelerator Laboratory—that made the switch from HDDs to SSDs and experienced impressive results.

Creating music through the Receptor Music System, a product from Muse Research and Development, takes up a lot of memory. The company focuses on computing device manufacturing that supports music software for musicians on stage. The Receptor allows musicians to create sounds through multiple instruments, such as MIDI keyboards and guitars. Due to the large virtual instrument sample sizes (as well as the rigors that the systems go through when traveling with bands) Muse Research needed a high-capacity, more durable storage solution.

Looking to improve performance, Muse considered using 10,000 rpm HDDs, but the company found that the these drives generated excessive heat and noise for the intended uses on stage and in the studio. After testing various options, they found that SSDs improved overall system performance, but it wasn’t just about speed. “To speed performance and reduce latency, we required a data-storage solution that could serve data more quickly to the Receptor’s CPU, while simultaneously reducing heat and improving mechanical robustness in order to survive grueling tour environments,” says Bryan Lanser, vice president of product development at Muse Research. In the end, Muse Research chose the Samsung 840 Pro SSD, which provided higher performance than the HDDs and cut load times for virtual instruments in half with no noise and very low heat generated.

While SSDs can complement music software well, it is only one of the many industries where rapid retrieval of data impacts performance. Revention, a manufacturer of high-performance point-of-sale (POS) terminals for the restaurant industry, gave customers a unique alternative to other manufacturers’ terminals by introducing SSDs. The company had used a number of SSD offerings that experienced multiple failures. After extensive testing, Revention selected Samsung SSDs for use in its R2310 POS terminals. These SSDs delivered such good reliability and performance that Revention selected the newer Samsung 830 Series SSDs in 2011, again upgraded to the Samsung 840 Series SSDs in 2013, and is now migrating to the Samsung 850 EVO Series for their newest line of POS terminals.

According to Jeff Doyle, president of Revention, the SSDs from other manufacturers had failure rates as high as 25 percent. Some of these actually failed during initial assembly. However, the Samsung SSDs caused the problems to nearly disappear, with only two failures in approximately 5,000 terminals shipped.

In addition, the Samsung SSDs streamlined the process of downloading operating system software images onto the terminals during the manufacturing process. Creating the image on the SSDs works five to eight times more quickly than with HDDs, saving approximately 15 minutes of assembly time for each terminal and enabling Revention to delay buying additional disk duplicating systems while still increasing production.

SSDs also have a place in laboratories, where scientists create high-volume files to track their research. SLAC National Accelerator Laboratory is using an ultra-narrow-beam x-ray laser called the Linac Coherent Light Source (LCLS) to take stop-motion pictures of atoms and molecules, creating as many as 10 million images in one day. This takes up a significant amount of memory—up to 100 terabytes of data each week.

When the PC-based nodes used to collect data were equipped with HDDs, writing would often stall while the nodes waited for HDDs to respond before writing more data. Moving to Samsung 256GB 840 PRO SSDs eliminated these latency issues, increasing the performance of the cluster while reducing the power consumed by the system, as well. According to Amedeo Perazzo, head of the Photon Controls and Data Systems department at SLAC, “We were able to go from 2 gigabytes per second to 8 gigabytes per second without the need to add new nodes and without introducing dead time in the system or losing multicast packets, which means we can make better use of machine time. The cost of operating the machine is the same, so if you can triple or quadruple the rate, you get a proportional increase in productivity.” Another positive aspect for SLAC was that the SSDs use about half of the power of HDDs, especially when used in large clusters.

To get the full benefits of SSD, it’s not only necessary to choose a high-performance SSD, but also it’s important to select one that will be reliable, even under adverse conditions. Using SSDs like the Samsung 850 PRO Series can yield more satisfied customers and better products—as well as improve your bottom line. 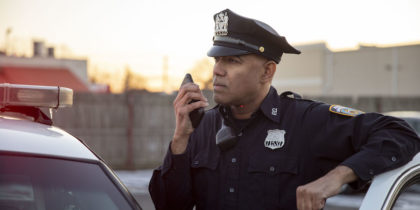 FirstNet Push-to-Talk will provide public safety with essential PTT capabilities and powerful 4G LTE data all on one device. 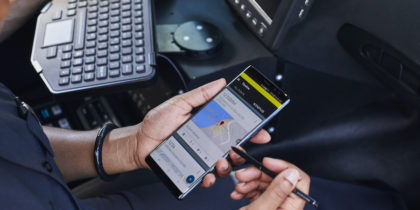 How to Write Mobility Technology Into Your Next Grant Application

Strategies for Funding Your Next Mobility Project

This webinar from the Grants Office shares strategies and tools that can help you confidently develop grant applications for your agency's next mobility project.