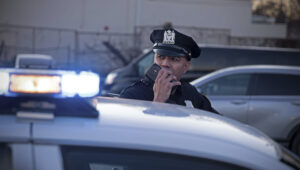 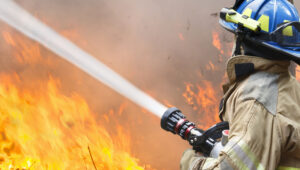 Devices that can take the heat: Mobile technology for fire and EMS

Weighing the Benefits and Costs of Police Body Cameras

Suppose a picture really is worth a thousand words. What is it worth, then, when every police officer on the streets wears a camera and can capture every moment of a crime scene, and every frame of a suspicious activity in motion?

Apparently those pictures are worth a lot. As of spring 2015, the use of data from police body cameras had been approved in six states, with another 34 states taking legislation into consideration, according to the National Conference of State Legislatures. President Barack Obama also created a program that would invest $75 million in federal funds to help equip 50,000 local police officers with body cameras.

Federal law enforcement is following suit, as 99 percent of federal government officials surveyed believe that video surveillance will factor into their ability prevent crime over the next five years, according to a 2015 report from the research firm Meritalk.

But the move to use data from body cameras is not without its challenges. Police departments, already stretched thin financially, could face a high hurdle in adopting the technology. It’s also unclear how video evidence would be managed, and some worry that rampant videotaping by police could compromise citizen privacy.

There is good reason to believe that police body cameras work. They may cut use of force by police officers in half, and pare back complaints by 90 percent, according to a study in the Journal of Quantitative Criminology.

The financial cost of these benefits can run high, however. While the price of a body camera may not be prohibitive — it’s typically $300 to $1,000 per device — data storage costs can take a bite out of a police department’s budget, especially for small cities.

For instance, Duluth, Minnesota, purchased 84 cameras for less than $5,000, but its three-year contract for data storage came in around $78,000, according to a 2015 article in The Pew Charitable Trusts. Likewise, New Orleans police are anticipating $1.2 million in expenses over five years to support data storage for only 350 body cameras.

The expense of data management is driven by a number of variables that may be within the control of police departments. Storage costs will depend on the volume of data, as well as on duration. Many police departments are determining how long video content should be stored. While police departments may have ideas about how to handle this, policy often will be set by a combination of legislation and community consensus.

Experts say the most likely solution to the cost of video storage will come via the cloud. When volume outstrips the local police department servers, many will turn to commercial cloud solutions as a means of keeping data over time.

Vendors recognize the possibility and are taking steps to offer full-service solutions. Taser, a manufacturer of body cameras, pairs its body-worn camera system with Evidence.com, its own private cloud service.

As with many new technologies, every answer raises new questions. The cloud may solve storage issues, but what about so-called “chain of custody?” How can law enforcement officials be certain video content is safe and undisturbed once they hand it over to an outside provider? Solid contracts and good security practices should provide assurance, but courts still will have to be convinced that the chain of evidence is unbroken.

Body-worn cameras also raise issues of privacy. Unlike vehicle-mounted cameras used in traffic stops, body cameras can come into a person’s home and can record personal activity. Body cameras also can record individuals in the background who, while not part of a crime, may nonetheless be identified for other purposes further down the road.

Suppose a citizen were to request a specific video through the Freedom of Information Act, arguing that it is part of the public record. Would police have to blur the faces of all bystanders unrelated to the event? In that case, the cost of labor could be staggering.

Clearly the rapid adoption of body cameras, while a boon to law enforcement, brings with it a range of technological and social challenges. The answers likely will lie in a combination of police policy, citizen expectation and legal and legislative actions. All this will take time. Just as the courts took a while to understand fingerprints, and later to accept DNA evidence, the role of body cameras likely will take some time to become established.

Another technology trend gaining traction in the law enforcement sector is wearables, which can boost police productivity without weighing them down with equipment.

ATAK improves situational awareness for first responders by putting the data they need on one layered, real-time map.

Find the best smartphone for public safety officers and make sure it improves efficiency while meeting operational needs.

First responder communications are a matter of life and death, and Samsung's rugged Galaxy XCover Pro works well under pressure. 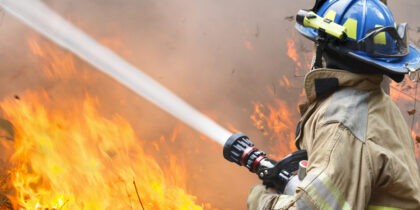 Devices that can take the heat: Mobile technology for fire and EMS

With the right ruggedized PTT smartphones and tablets, firefighters and EMTs can work more safely and effectively than ever.