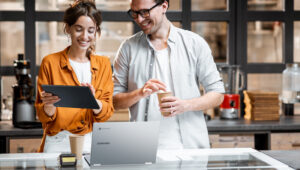 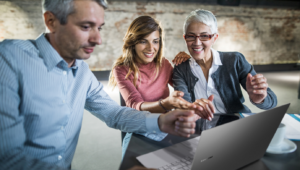 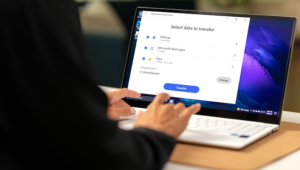 Smart Switch makes it easy to switch to a new PC

Android Apps on Chromebooks Is a Boon to Business Productivity

As most IT decision makers know, business productivity is enhanced by mobility, bolstered by flexible devices and driven by access to a range of cutting-edge apps. These three powerful streams flow together when workers access Android apps on Chrome devices like Samsung’s new Chrombook Plus or Chromebook Pro. The combination of apps on Chrome, made available through Google Play, takes mobile business productivity to a new level among enterprise users.

The field of education has already recognized the potential power of the Chrome OS. In 2015, CNBC reported that American schools now buy more Chromebooks than all other devices combined. While the business community has viewed that adoption rate with interest, IT leaders say they would like employees to be able to do even more with their Chromebooks. They want workers to be able to run a greater variety of apps, use Office files more easily and do more when they’re offline.

With Google support for Android applications on Chromebook, enterprise users can achieve a higher level of productivity by tapping into a vast array of digital tools. By running apps that were previously unavailable on Chrome devices, they can also merge mobile workflows with ease and confidence.

Google reports early success with a range of Android workplace apps. In addition to implementing travel apps and electronic signature tools, for example, Chrome users also have tapped Android apps as an easy way to access such productivity staples as Microsoft Office and Skype. Moreover, Android apps on Chrome give users access to an ecosystem built with mobility in mind. Thus, switching from a browser version of a productivity tool to an app will typically streamline and simplify the end user experience.

By implementing Android apps on Chromebooks, businesses align themselves with larger technology trends. In a recent Spiceworks survey, for example, over half of IT decision makers polled said they use either G Suite or Office 365 apps to drive productivity. Nearly 40 percent of respondents said Google apps offer ease of use, increased availability and improved collaboration.

Explore the business potential of Chrome. Harnessing the Power of Android Apps on Chromebooks

To unlock Android applications on Chromebooks, the first step is to get the Google Play Store up and running. This is the portal to find and install Android apps, and IT managers can fire it up with relative ease.

IT first needs to ensure the Chromebook software is up to date: It must be Chrome OS version 53 and up. In Settings, in the “Google Play Store” section, check the box for “Enable Google Play Store on your Chromebook.” In the window that appears, click “Get Started.”

Once you’ve read and agreed to the Terms of Service, click “Sign In” and then “Accept”, and then you’re ready to find and download Android apps on your Chromebook. Apps already downloaded to your account on phones and tablets will show up automatically, so you won’t have to re-download them.

Android apps bring a range of productivity enhancements to the workplace. With the addition of Google Play (the most popular app store in the world), Chromebook users get a new level of simplicity, while IT administrators enjoy a higher degree of control. Whether it’s making Skype calls, accessing Office files or working offline, Android apps on Chromebook are changing the landscape of business productivity.

With the rise of enterprise mobility comes increased security risks. Follow these tips to ensure your business is prioritizing mobile security. 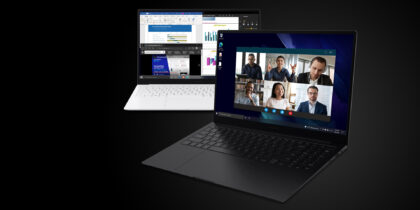 The Galaxy Book2 Pro is optimized for video calls and offers the easiest file transfer ever using Quick Share. 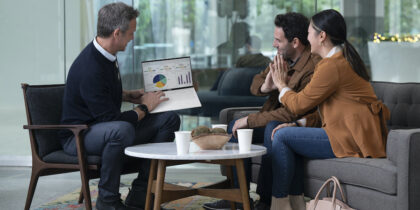 Galaxy Book2 Business is the ideal PC for the modern enterprise

Samsung's Galaxy Book2 Business can help CIOs and other IT professionals address their biggest enterprise priorities. 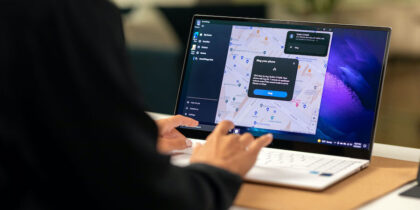 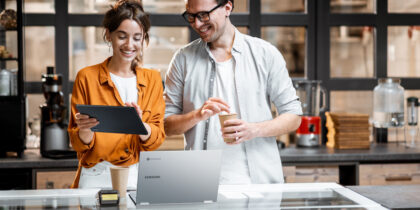 Samsung and Microsoft are buiding upon their longterm partnership with Galaxy Book2 series PCs running Windows 11. 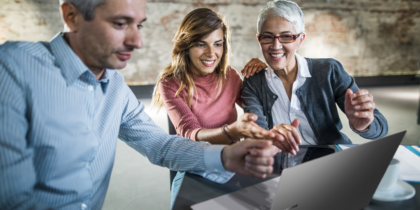 Make sense of notebook PC specs — including battery, RAM and storage — and find the right device for your business needs. 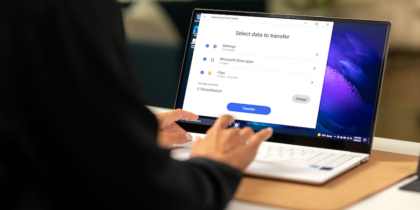 Smart Switch makes it easy to switch to a new PC

For streamlined migration to the Galaxy Book and Galaxy Book Pro, you can transfer your old devices' content with Smart Switch.