The Expansion of IoT

While IoT has found tangible uses in the retail, insurance and manufacturing industries, traditional banks are still in the early stages of adoption. Banks are undertaking the transformation from legacy computer systems and operating models to remain competitive and avert further market penetration by FinTechs. Meanwhile, consumer use of connected devices that enable IoT, including smartphones, tablets and wearable technology, continues to grow. Each upgrade cycle continues to further embed IoT capabilities and, according to a recent report from BI Intelligence, connected IoT devices are projected to reach 24 billion by 2020. Imagine walking into your local bank branch and immediately your cell phone greets you by name. The banking app, a conversational AI-based assistant named “Jojo,” then asks what services you are looking for today, as it provides a menu of choices, and each option provides an immediate response with instructions.

The scenario is not far from reality, as the financial industry is already testing deployment in pieces. Citibank has rolled out Bluetooth beacons enabling bank customers to access lobby ATMs after hours using smartphone geolocation technology in various New York branches. Wells Fargo has taken the personalization concept a step further at several test branches by electronically greeting customers by name and presenting banking services to them upon entering. Capital One is integrating location-based offers when bank customers walk past participating merchants. Retailers have demonstrated that consumers will accept relevant promotional coupons — R-Style Lab reports that 127.5 million U.S. consumers will redeem digital vouchers in 2017.

AI-based apps are also gaining popularity: Swedbank has integrated an AI-based app named “Nina” that streamlines the banking experience for its customers as well as service agents. According to Nuance, Nina processed over 30,000 monthly interactive conversations while achieving “a 78 percent first contact resolution rate within the first three months of launch.”

The rise in frictionless banking demands stronger IoT security measures. The proverbial Pandora’s Box of fraud is unleashed when customer identities and access are compromised. Customer identity and transaction authentication are the most vital security issues, and consequently, FSIs have been using big data to improve machine learning algorithms to spot and prevent fraudulent activity. Geolocation technology is also being tested to authenticate POS transactions by matching smartphone location with the transactions.

Another way banks can enhance security and convenience is through biometric authentication, which eliminates the hassle of a password and is quickly becoming a standard. HSBC uses facial recognition technology for corporate customers opening new accounts, and the New York Times reports that over 33 percent of Bank of America’s 20 million mobile app users have opted for fingerprint authentication. According to a MarketsandMarkets press release, the biometric system market is expected to reach $32.73 billion by 2022.

As banks get closer to reaching the tipping point for unlocking the universe of IoT, applications fortifying security must remain at the forefront of the transformation.

Many retail banks have been slow to adapt to digital transformation. Our financial technology solutions ensure they’re at the cutting edge of new technology.

Jea Yu is a co-founder of Undergroundtrader.com, an online trader education site that has served over 10,000 traders, fund managers and investors worldwide since 1998 and was voted Forbes Best of the Web for four consecutive years in the active trader category. He has published best-sellers through McGraw-Hill, John Wiley and Bloomberg Press and has been interviewed in popular periodicals including the Wall Street Journal, Stocks & Commodities, the Financial Times, Active Trader Magazine, Traders Magazine and USA Today. Follow him on Twitter: @jeayu21 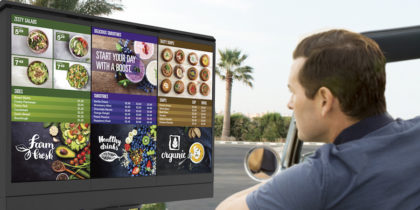 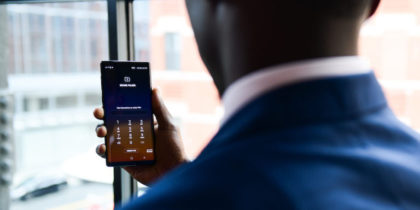 5 signs you have a mobile device management problem

While mobile devices offer many important benefits to small businesses, they can also cause problems if they're not managed well.