LED Displays and Videowalls Are Co-anchoring the Daily News

The National Association of Broadcasters (NAB) Show, running this week in Las Vegas, will attract more than 100,000 professionals working in technology, entertainment and media. Among the 1,700-plus NAB exhibitors will be a variety of LCD and LED displays shown by manufacturers, making the case for TV studio designers to transition from static or green-screened chroma key backdrops.

Like any digital display solution, dynamic graphics and video on videowall backdrops demand viewer attention in ways not possible when those sets are static or the visuals are limited to single monitors or pop-up windows on broadcast screens.

With digital, the whole background of a set can consist of dynamic displays that change supporting visuals by subject matter, speaker, segment or even by show. Instead of needing multiple sets to create a unique look for each program on a schedule, one master set with digital backgrounds can deliver multiple themes and styles.

Direct-view LED display modules and extreme-narrow bezel LCD displays are now competing for the attention of studio set designers with older technologies like rear projection display cubes. Broadcasters walking the NAB exhibit hall floor this week will see the latest versions of all these digital display solutions. Each has positive attributes, but most recently, the buzz and industry adoption has been with LCD and LED. The take-up is readily evident as soon as a TV gets tuned to a major news channel, or even local newscasts in larger markets.

Build the Optimal Videowall for Your Business Full digital backdrops are increasingly common, as are large format LCD displays — standard and interactive — used by broadcast journalists to walk viewers through everything from weather forecasts to election returns.

One key driver to LCD and LED is physical footprint. The latest generations of flat-panel LCDs and modular LED display tiles have only a few inches of depth, requiring minimal clearance from back walls. That opens up more studio space than is possible with projection display cubes that are typically 3-5 times as deep, front to back.

LED-backlit LCD displays are increasingly being used as feature backdrops in news, sports and talk show studio sets. Their greatest attributes include:

While hairline seams on LCD walls are barely noticeable, they do exist — and that’s driving some studio set designs toward fine-pitch, direct-view LED walls. Relatively new on the market, these LED walls share the core DNA of outdoor digital billboards and scoreboards, but the density of LED lights is far higher. At appropriate viewing distances, the top indoor LED walls now rival LCDs for clarity and color reproduction.

There are several key attributes to this technology:

The great thing about contemporary trade shows is how exhibitors now put their products in context. Industry people attending the NAB Show won’t have to think about how LCD and LED digital signage displays might look on a set. They’ll be able to see, in many cases, demo sets built by exhibitors to show the possibilities and trigger ideas.

From that, attendees can start to understand what technology might work for them.

Failing that, they can always turn on their TVs once back home, and have a closer look at what’s happening behind the on-screen talent.

A videowall is a powerful marketing tool for many different industries. Here are three keys to choosing the right videowall display technology for your business. 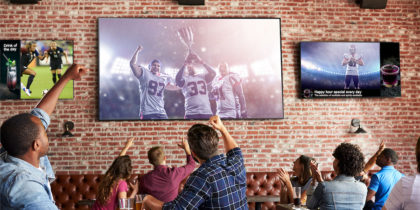 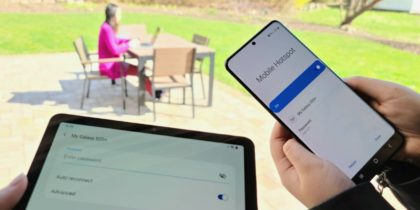 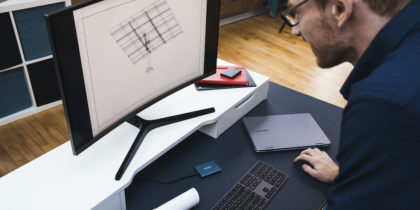