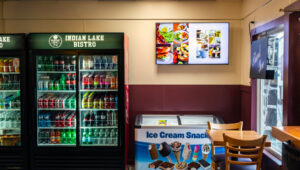 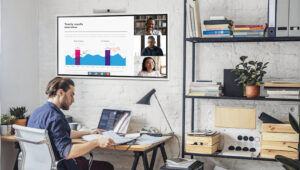 Can You Use Consumer TVs for Commercial Digital Signage?

When planning a digital signage deployment, it can be tempting to cut a few corners on the technology to save on entry costs. Why pay out for commercial digital signage when there are far less costly TVs at the local big box store?

Here’s the short answer: TVs and monitors may look similar, but they’re very different, and TVs simply aren’t suited to the operating demands of digital signage.

Sometimes, that’s enough explanation to get prospective end users to change their mind before making a purchase they regret. But some — perhaps suspicious of being upsold on unnecessary technology that pads the value of a proposal — want more details. It’s understandable, since TVs and professional monitors come from the same manufacturers, and the main display attributes like 4K resolution are common across both.

The full story lies in the details …

The televisions you plug in at home are engineered to run for perhaps eight hours a day, while professional displays are rated for double that (16/7), or around-the-clock, seven days a week (24/7). Conventional TVs don’t have the airflow and cooling designs, or suitable electronic components, to allow heavy or constant use. Heavily used TVs will, in most cases, experience issues with color and image retention, such as ghosted images.

Professional displays used in digital signage are often positioned in portrait mode — rotated 90 degrees so the displays sit tall and wide in a 9:16 orientation, instead of the 16:9 mode almost every TV watcher uses today. Put a consumer TV in portrait mode, and it will eventually fail because the screens aren’t designed with vents and fans to handle the extra heat. Professional displays, on the other hand, are designed to handle the differences in air flow caused by the rotation.

A consumer TV’s warranty will be invalidated if it’s used for commercial purposes, so if it breaks down, it’s the end user’s problem. Most commercial displays ship with three-year warranties and can include on-site support, while typical consumer TV products ship with one-year protection.

Most TVs ship with control buttons located somewhere along the edges of the enclosure. Those buttons are handy around the house when a remote goes missing or runs out of batteries. But making it easy to fiddle with controls like changing inputs, raising the volume or turning off a display can be a nightmare for a digital signage network operator. If a display has been switched off or input changed, for example, in a local branch of a retail chain, the central operators may not know for hours or days, and local staff can’t necessarily be relied on to remedy the problem on their own.

How to Plan and Deploy LED Digital Signage By comparison, commercial displays have protected controls that are out of reach of meddling passersby, and lockout features that prevent mischief or mistakes — meaning someone with a spare remote control can’t, for example, have a little fun messing with the store’s screens. Professional displays also have several operating controls and commands that allow operators to disable certain modes and remotely force screens back on, should they somehow be turned off.

TVs are designed for residential use in rooms with average natural light, and typically have brightness ratings of 250 nits. In retail or workplace environments, the lighting conditions are typically much brighter, whether from lighting fixtures or daylight from windows. Glare often overpowers a regular TV in these conditions, making whatever’s on the screen difficult to see.

Commercial displays have a variety of brightness ratings, usually starting brighter than TVs and offering options as much as ten times brighter, or 2,500 nits — which are deliberately designed to operate in direct, outdoor sunlight. Many of these panels also have anti-glare technology designed for bright viewing conditions, absorbing or redirecting external light.

TVs are, unsurprisingly, designed to look beautiful sitting on a credenza or hung on a feature wall, with glossy finishes and, in many cases, frames thick enough to prominently show a manufacturer’s logo. The chassis design can change frequently and the material is only sturdy enough to handle the light use expected around a home.

Commercial displays are designed with business in mind, and the dimensions will stay consistent throughout a series. This means that it’s easy to add a new display in a couple of years while maintaining a consistent appearance. They also often ship without logos, removing the unnecessary aesthetic distraction. Samsung, for example, has tear-away fabric logo tags on their commercial displays.

Around a home, consumers might have cables plugged in from a media company’s set-top box, a separate streaming media device, a DVD player and maybe a gaming console — and that’s likely all they’ll ever need.

Commercial displays tend to have many more features — a much broader and diversified set of inputs for devices, including control options like an RS232C serial connector that allows a media playback device, like a PC, to fully interface with and issue commands to the display. In some cases, the screens will have built-in Wi-Fi and Ethernet ports.

A new breed of commercial display called smart signage embeds an intelligent media player device inside the display. That eliminates the added cost of an external media player, simplifies installations and reduces the ongoing operating costs for digital signage projects because the absence of external devices and cables minimizes the possible points of failure.

Pay a Little More Now, or a Lot More Later

First-time digital signage network operators with limited or no experience understandably want to tightly control capital costs, and one of the biggest ticket items is screens. Going with a TV over a professional display will almost always mean less upfront cost, but the true costs will be much higher down the road.

One field service call can cost $200-plus. And if the TV fails, the replacement cost will be much higher down the road.

Once you know the full story, the chasm between consumer televisions and professional digital signage is obvious: cut a few corners at the outset, and your whole project will eventually end up on the floor. An investment in the right technology now, however, will ensure your digital signage draws eyes for years to come. 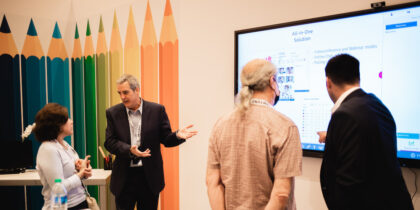 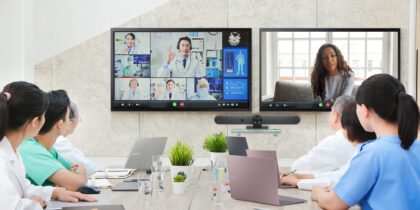 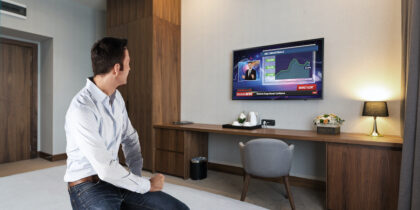 With a cloud-based signage CMS like LYNK Cloud or Samsung MagicINFO, hotels can easily create a positive and consistent guest experience. 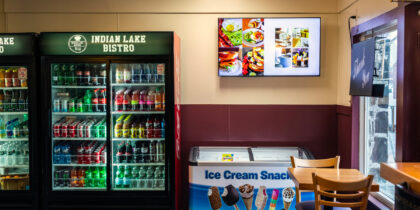 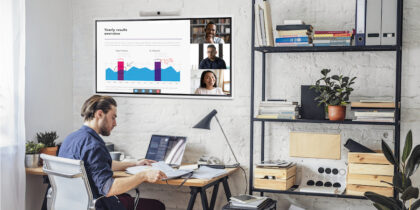 As companies return to the office, digital displays are critical to communicating how your business practices have evolved.