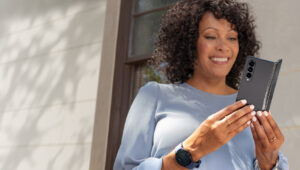 A Wand for Work: Getting the Most From the New BLE-Enabled S Pen

Two things distinguished the Samsung Galaxy Note when it was first released in 2011: its pioneering large-screen form factor, and the S Pen stylus.

The S Pen has always perfectly amplified the Note’s productivity focus. It allows users to take handwritten notes, create or annotate drawings, edit and highlight text — and then translate it to and from other languages — and many other time-saving features.

Given that the S Pen is both practical and convenient, it’s no wonder Samsung user surveys have found:

The S Pen was already the most powerful mobile stylus around. With the Galaxy Note9, however, Samsung is delivering the biggest single update to the S Pen yet. The Bluetooth Low Energy (BLE) S Pen is now not only an industry-leading input device — it’s also a wireless wand for work, too.

With a single, double or long press of the S Pen button, Note9 users will be able to open and control apps.

Say you’re giving a boardroom presentation in front of a group, using your Note9 connected to a conference room display. Press the S Pen button, and you can advance slides, while a double-press lets you jump back, all from anywhere in the room.

With the Camera app, you can take a photo with a single press of the S Pen button. That can help reduce jitters and blur for your indoor or nighttime photos, when the camera must make longer exposures to compensate for the low light. 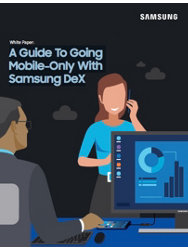 The S Pen also helps users take better group photos, whether they’re for projects, team outings or capturing large events. You can now take more professional photographs without a selfie stick (or awkwardly holding out your arm) with a single click of the S Pen. You can also double-press the S Pen button to change between front and rear cameras.

Similarly, while using the Gallery app on the Note9, a single press of the S Pen button lets you view the next photo or video, while a double press lets you go back to the previous item.

These are only the S Pen’s default capabilities on the Note9. Users can customize these and other apps and what happens with each single, double or long press of the S Pen’s button.

Explaining the Technology Behind the New S Pen

Here’s how the Bluetooth-enabled S Pen works. Instead of a battery, a supercapacitor has been integrated into the Note9’s S Pen to power the wireless features. As a result, a fully-charged S Pen can be pressed 200 times, or last 30 minutes in standby mode.

If the S Pen does run out of power, recharging its supercapacitor is super fast — just 40 seconds when inserted into the device. And even when the S Pen is out of energy, its other input and control features — including writing, drawing and Air Command — still work.

The S Pen brings a host of useful remote control features to the Note9 that enable flawless and flowing presentations in the boardroom and new avenues of ergonomic and intuitive productivity. It was already the most powerful mobile stylus around. Now it’s even better.

Learn how the Note9 with its new S Pen can power your mobility, your productivity and your business. 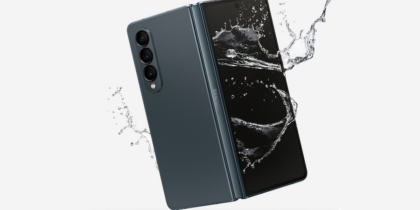 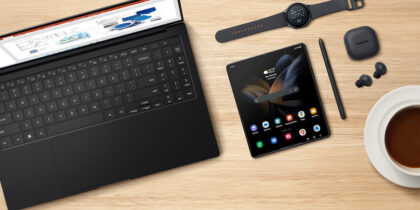 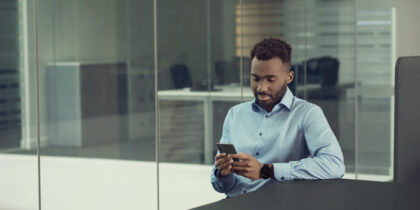 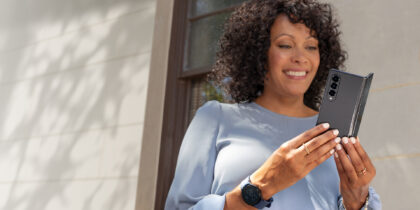