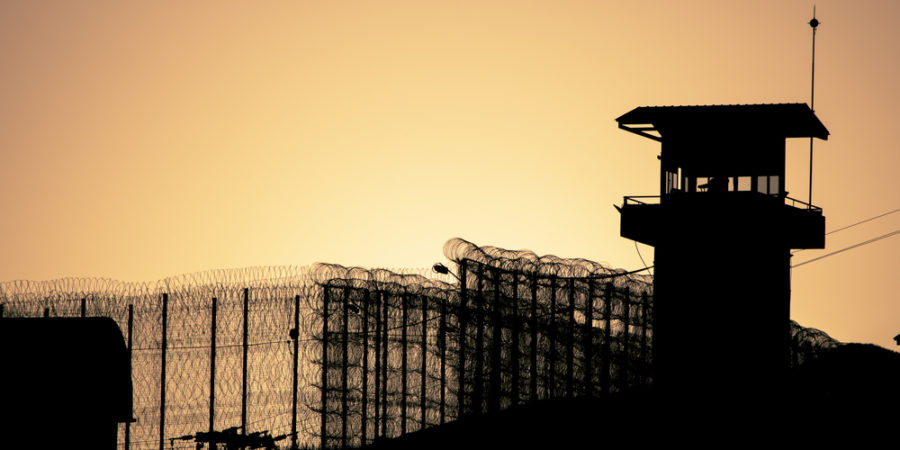 Law enforcement is dangerous work, even when the criminals are already behind bars. There are roughly half a million corrections officers in the U.S., and they are responsible for supervising more than 2 million prison inmates. These officers are more likely to experience nonlethal work-related injuries than people in almost any other profession, and they often have to make quick decisions with serious consequences — for themselves, their colleagues and the inmates they supervise. To minimize risk, they need situational awareness tools that tell them where officers are at all times and what’s happening inside the prison.

From Soldiers to SWAT Teams

Gathering data for situational awareness has never been easier, thanks to modern sensor technology, the internet of things (IoT) and new 5G connectivity. The hard part is syncing that data, analyzing it and disseminating it rapidly enough to be useful in law enforcement. Blueforce solves that problem.

Blueforce CEO Michael Helfrich founded the company in 2005, after 20 years’ developing enterprise collaboration software for IBM. He got the idea a couple of years earlier, when he was part of a team supporting the Coalition Provisional Authority (CPA) in Baghdad.

Your Guide to Mobilizing Law Enforcement

“I saw the proliferation of mobile devices in Baghdad,” Helfrich recalls, “and it just fascinated me that soldiers were carrying small computers in their pocket. This was just before smartphones, so we didn’t have that smashup of communications plus compute, but they definitely had compute. And those were the folks that the CPA leadership was most interested in getting actionable intelligence from, because CPA leadership was making life-and-death decisions.”

When Helfrich launched Blueforce, he wanted to create a mobile collaboration solution for national security and public safety. While conducting market research, he met a SEAL commander who provided a big reality check. “He told me, a mobile collaboration platform is great, but when we go into combat, we’ve got 19 sensors from 19 manufacturers with 19 different data formats and, worse, 19 Windows applications that I, as the commander, have to flip across to make sense of what’s going on with 12 people in an operation that’s going to last 20 minutes and might only span 200 yards of real estate. I’ve got a completely disjointed operational view. What I’d love for you to do is fuse and preprocess all those sensors on the Samsung device, mash it all into one message and give me a single pane of glass view of what’s going on with all my people and assets.”

That’s exactly what Blueforce did with its first two mobile software products, BlueforceTACTICAL and BlueforceCOMMAND. Both solutions run seamlessly on Samsung mobile devices, and both “power the intelligent edge” with situational awareness tools for military, SWAT teams and other first responders.

BlueforceBEACON is a similar solution, but with additional capabilities for a very different (indoor) use case.

From Crises to Corrections

GPS is typically sufficient for tracking officers when they’re outside, but it isn’t reliable indoors. To overcome that challenge, Blueforce supports the use of Bluetooth beacons — quarter-size devices that can be hidden throughout the prison. These beacons broadcast a signal that communicates with officers’ smartphones to ping their location inside of the prison.

Each officer carries a Samsung device loaded with BlueforceBEACON. The software leverages the device’s accelerometer, gyroscope and other sensors. This way, supervisors know more than just where officers are. They know if an officer is moving or has fallen and is now down. BlueforceTACTICAL can also incorporate gun holster sensors that alert supervisors when an officer pulls a weapon as well as other body-attached sensors such as a Samsung smartwatch. Supervisors then know to send help quickly.

Officers can call for help by pressing the panic button on their customized device. Supervisors can even tap into the microphone and camera on the officer’s device. “Let’s say that there is a hostage situation and one of the guards gets taken,” Helfrich suggests. “In the background, an authorized commander can actually turn on the microphone and listen in to hear how many people have taken this person and how agitated they are.”

Supervisors can also push messages to officers’ devices — for example, to send evacuation instructions in an emergency or conduct personal accountability response calls. “If the commander wants to make sure everyone is safe, he can circle a group of officers on the BlueforceCOMMAND map and issue a roll call,” Helfrich explains. “Those officers’ devices start to vibrate, or an audible alert goes off, and they actually have to touch a button that says, ‘I’m OK.’ When they do that, it automatically clears from the map on the supervisor’s dashboard, and the only people left are the ones that didn’t respond. So again, they can send help.”

BlueforceBEACON is a complex solution, but Helfrich says it’s easy to implement. His company works closely with each client to determine exactly what information and sensors they need and how best to host the data.

For larger facilities that want to use on-site servers, Blueforce ships them an installer. Once they load and configure it, the back end is up and running. For smaller agencies with insufficient IT resources, Blueforce offers a SaaS (software as a service) model where Blueforce hosts the data and provides the backend service.

Either way, provisioning devices for new officers is easy. IT simply adds each officer’s name and email address and sets their permissions. Then the officer receives an email with an activation code. Once they enter the code, the Samsung device self-configures and is ready to go.

The devices’ customizability is one reason Blueforce puts its software on Samsung Galaxy tablets, smartphones and smartwatches. Other major selling points were the innovative product line, flexible operating system and military-grade device security.

“Samsung has been a wonderful partner to work with,” says Helfrich. “Their developer relations organization is just phenomenal, and their technology works with sensors from all over the world, which is important for us, because with the introduction of 5G technology and the rapid advances in IoT, we’re innovating rapidly for military and public safety organizations, and we need a partner that can keep up.”