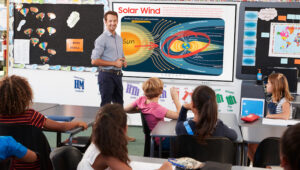 Build Your Chrome Classroom by Turning Old Technology Into Chromebooks

One constant in technology is change.

As software increases in power, hardware that is still technically sound can’t always keep up. Because of that, most schools have their laptops and desktops on a five-year replacement cycle. They typically pay to have the items recycled or store them in a closet because they don’t have access to a recycling facility that can fulfill governmental requirements for data destruction.

Additionally, some schools want to convert to a Chrome classroom, but can’t roll out a new tool until they can deploy it to everyone. In many cases, that would require ditching all the hardware they have purchased that is still in use to make a much larger purchase than their budget can typically accommodate.

The Chrome OS Is a Popular Choice

Market research firm IDC found that 78 percent of devices being shipped to U.S. schools in the third quarter of 2015 were Chromebooks. Their seamless use of Google Apps for Education and the Google Management Console makes them popular with both teachers and the IT support staff in schools.

But many schools that would like to use a full Chrome OS fleet struggle with how they would replace the laptops and desktops they have already purchased — and the logistical nightmare of managing multiple operating systems in a dynamic setting.

Computers Can Be Chromebooks

A new tool, CloudReady by Neverware, allows nearly any computer — old or new — to become a Chrome OS machine. CloudReady has been available since early 2015, and according to Neverware Product Manager Forrest Smith, it’s a bit of a viral product. Many schools try it out “in a lab that needs a little shine, then they see another machine that could run it.”

Once it begins to take hold, he says, it spreads throughout the school, enabling tech staff to use retired computers to power a Chrome classroom. Teachers love using these computers because it saves instructional time. Typically, when one student’s computer dies in the middle of a class, they have to find another student to share with, wait for a different computer to get up and running, or worst case, wait to buy another computer. With a CloudReady Chromebook waiting in the wings, Smith points out, the student can be up and running in moments because Chromebooks start up so fast.

The Brenham Independent School District in Texas began using CloudReady to help get more use out of older computers in the 2015-16 school year. Kim Strauss, Brenham ISD’s director of IT, says they were mainly looking for a way to keep using the rugged teacher laptops they’d retired. With CloudReady, they pulled those computers out of retirement and added them to their carts of Chromebooks for students to use in class. “We are a technology-rich school district,” she says, and students have access to Chromebooks when they need them for a project or research in class, just like any other education tool.

Strauss plans to continue using CloudReady to add to their arsenal of Chromebooks for students each year. She has worked with Neverware to get CloudReady to work on an old netbook and is now eyeing the computer labs for further licenses.

Samsung will soon begin offering CloudReady as part of its suggested tools to help schools convert to Chrome on a large scale while keeping costs in control and working computers in circulation. Schools can try CloudReady for free to see its impact.

How are you utilizing aging PCs in your school district? Share your insights in the comments below. 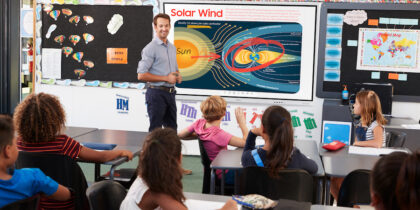