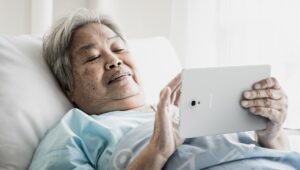 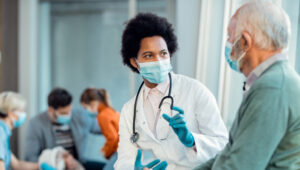 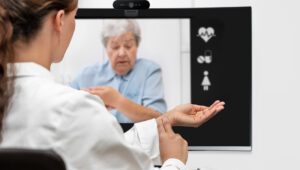 The Doctor Can See You Now: Adding Video to Remote Patient Monitoring Technology

Anyone who’s ever forked over a copay and waited hours to see a doctor knows same-day medical attention is inconvenient and expensive. Without an appointment, patients must be worked into physicians’ already-busy schedules or trek to the ER for an even bigger bill and longer wait.

For healthy people, this doesn’t happen often. But for chronically ill patients, it’s a fairly regular occurrence, one that also costs their employers and insurers.

The Rise of Telehealth

Most hospitals and health systems already use remote health monitoring tools to track biometric data for patients with chronic diseases and alert care providers to potential problems. Adding the ability for doctors to conduct visual assessments makes these solutions even more powerful.

Virtual healthcare is quickly growing in popularity with both providers and patients. Between 2014 and 2015, there was a three percent increase in the number of organizations using telemedicine solutions and services, according to the HIMSS 2015 Telemedicine Study. Overall, telemedicine adoption increased by 65 percent for hospitals and 34 percent for physician practices.

These services are particularly useful for chronically ill patients, who need to check in with physicians more often than healthier individuals, as well as people in rural areas with limited access to healthcare. And several recent studies show consumers would happily embrace these services.

At least 64 percent of Americans would conduct doctor’s visits via video, according to a 2015 survey by Harris Poll and American Well. Seven percent (and 11 percent of millennials) say they would actually switch primary care providers to those who offer telehealth visits.

For chronically ill patients, telemedicine shouldn’t replace in-person interaction with doctors. But as Alignment Healthcare (AHC) has proven, it can certainly supplement it.

First, AHC built clinics where patients can see medical professionals as often as needed, at no additional expense. But the company also needed a sophisticated remote patient monitoring technology for the highest-risk patients — the seven percent they refer to as “the frailest of the frail.”

Each day, remote care patients use Bluetooth-enabled medical devices to capture biometric data on the tablets and answer a series of daily questions, based on their unique conditions and care plans. When the AHC command center notices potential problems, physicians or nurse practitioners reach out immediately.

Patients can also request video calls using their Samsung tablets. During these secure, face-to-face calls, medical professionals visually assess patients to determine if they need to be seen in person.

“We’ve had some huge saves with that phone call,” says Dr. Bakshandeh.

For example, one elderly woman had recently come into an AHC clinic for her initial visit. Her lab work looked fine, but she had multiple chronic diseases, so she went home with a remote monitoring kit.

A few weeks later, she requested an urgent video consultation. A nurse practitioner reviewed the patient’s biometric data and noted that her blood pressure was slightly lower than normal and her heart rate was slightly elevated.

“Just as importantly, the nurse could see the patient was very pale on the video,” says Dr. Bakshandeh. “This prompted her to ask, ‘Are you having dark stools?’ When the patient said yes, the nurse realized the patient might have a gastrointestinal bleed.”

The nurse sent the patient to her local AHC clinic, where the medical team discovered her hemoglobin level was half what it should have been. They transferred her to a local hospital and arranged for her to bypass the ER and see a gastroenterologist immediately. She had two units of blood transfused within the hour and was admitted to the telemetry unit, rather than ICU.

“This woman was on her way to stroke, heart attack, and potentially death within 24 to 48 hours,” says Dr. Bakshandeh. “But because we could have a simple face-to-face with her via video, we were able to diagnose her, address the issue, and get her back home with no deficits in less than two days.”

To learn more about AHC’s innovative approach for caring for at-risk patients, read the case study. 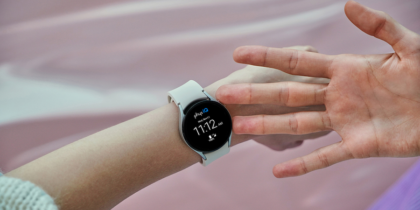 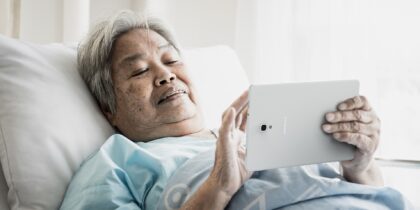 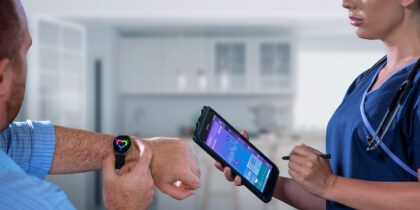 New advances in mobile and wearable medical technology are helping patients stay healthy — and prevent trips to the hospital. 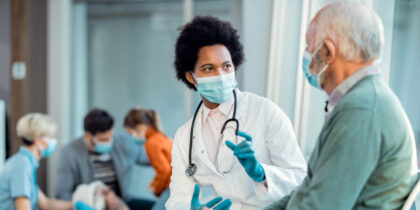 Healthcare providers are embracing edge computing and SSDs to support innovations in healthcare technology, such as AI. 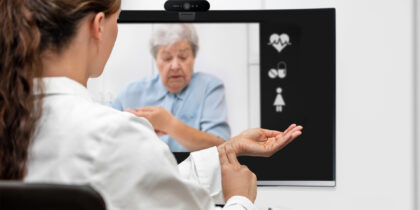 With the most innovative tools — like webcam monitors — healthcare facilities will be ready for the expected and unexpected.