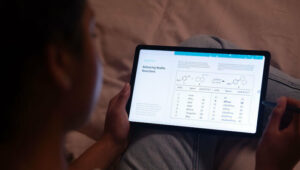 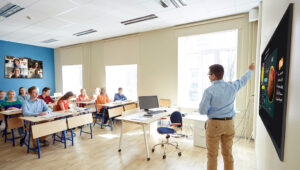 How to secure funding for blended learning classroom technologies 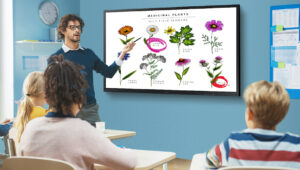 How e-boards and open educational resources upgrade the learning experience

NTangible programming isn’t a new concept. But Google has plans to accelerate its adoption and increase its accessibility in schools with a new coding kit. It has created an open hardware platform that developers, makers and designers can use to create hands-on programming experiences for kids.

Welcome to Project Bloks, a research collaboration project that Google is undertaking with Paulo Blikstein, assistant professor at Stanford University, and global design firm IDEO. The physical components of the platform include Pucks, which can be programmed with instructions such as “turn on” or “jump,” and Base Boards, which read a Puck’s instructions and can be connected in sequence and in different orientations to create various programming flows. The Brain Board is the processing unit of the system: it receives and sends data to the Base Boards and transmits instructions onto connected devices, from toys to tablets, over Wi-Fi or Bluetooth.

Together, these connected bricks can create physical code that can be used to compose music and send it to a wireless speaker, for example, or to get robots to draw a shape on a piece of paper.

If you reduce the entry barrier to the tangible programming world with a coding kit platform that lets developers innovate on applications, you’ll open up access to coding for everyone, from young kids who can’t even write yet to students with dyslexia. According to a report on the proceedings of the 2016 Advancing Informal STEM Learning (AISL) Principal Investigator (PI) Meeting, a benefit of one type of tangible programming is that many girls become interested in coding when a computer mouse is swapped for blocks, notes Michael Horn, assistant professor at Northwestern University.

It’s critical to make it easier for educators to bring initiatives like tangible programming into schools to build interest in STEM from a young age, across genders and to learners with different skills. STEM job creation will outpace non-STEM jobs significantly over the next few years; STEM majors earn higher wages; and STEM knowledge capital drives scientific research that leads to growth, sums up The National Math + Science Initiative.

But gaining coding skills through methods such as tangible programming is important regardless of where students’ careers and lives take them. Teachers say the challenge helps students become skilled in working through problems and trying to solve them with different approaches, and that perseverance is a skill that will translate to everything they do. They also point out that tangible programming fits with what educational research has shown — hands-on learning involves more muscles and results in more areas of the brain being activated, and getting more brain cells involved helps improve retention.

So far, Google has a working prototype of Project Bloks, and will conduct more research before taking next steps. It’s looking for educators, developers, parents and researchers to take part in its research studies.

New coding opportunities are also being made available beyond grade school, thanks to France’s tuition-free coding academy, which is planning to open its first school in the U.S. Learn more about this game-changing coding academy. 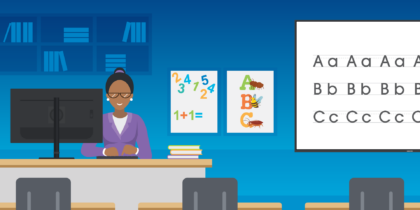 The best monitors for teachers: 5 features every educator needs 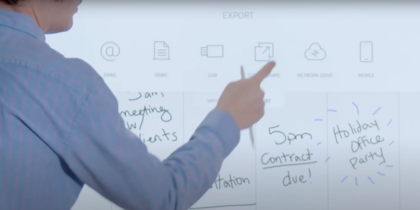 How to screen share wirelessly with the Samsung Flip 2

The ability to wirelessly screen share on your smart board simplifies collaboration during meetings and lessons. 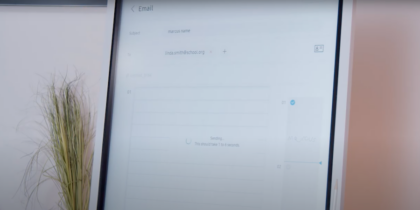 How to export PDFs using the Samsung Flip 2

Export notes taken during meetings or lessons as PDFs with the Samsung Flip 2. 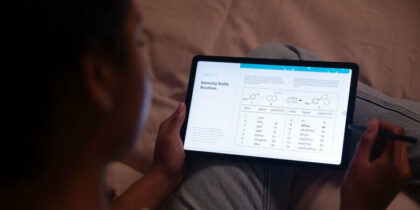 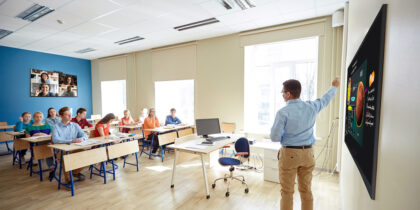 How to secure funding for blended learning classroom technologies

For schools that need new blended classroom technology, here are some ways to secure funding from ESSER and other resources. 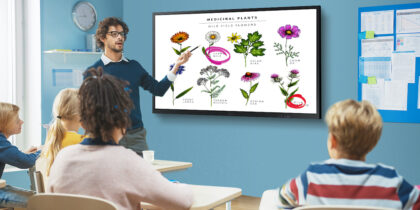 How e-boards and open educational resources upgrade the learning experience

With the combination of smart classroom technology and OERs, educators finally have the tools they need to bring their best learning ideas to life.