As the world is transformed by technologies like artificial intelligence and virtual reality, one sector often seen as trailing behind the rest is government. But the growing role of technology in government was made clear at the recent Gartner Symposium in Barcelona, where analysts outlined four key steps for building a resilient digital government.

Dean Lacheca, research director at Gartner, noted the importance of government agencies making timely digital investments. “It’s vital that digital leaders in government look at four areas to build resilience and inspire confidence in their programs,” he said. The key to a resilient digital government is a focus on collaboration and communication throughout, making sure that everyone knows what they’re doing — and even more importantly, why they’re doing it.

The Building Blocks of a Resilient Digital Government

The first pillar, according to Lacheca, is building key relationships within your organization. CIOs and IT leaders should be creating digital champions at all levels to spread the word about what the organization as a whole is trying to achieve with its digital transformation.

Second, Lacheca says, rather than simply espousing a general aim, digital leaders need to tie initiatives to real-world goals, showing those who are implementing the programs exactly what benefits can be gained. “As each technical milestone is reached,” Lacheca said, “it should be related to direct benefits or improved services for stakeholders and citizens.” 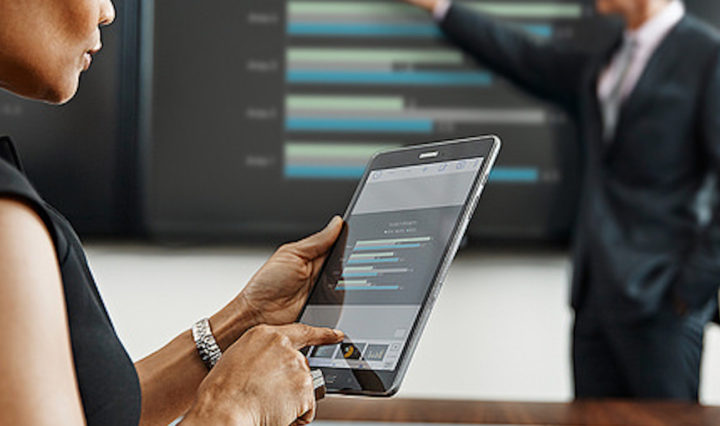 This infographic breaks down how mobility can increase government productivity. Download Now

As well as having a coherent strategy, a focus on transparency and open communication is important. If you can’t communicate directly with the people who are creating your vision, then it simply won’t happen. By setting realistic goals along the way, and making sure that everyone knows what they’re doing and how it fits into the overall vision, things will run much smoother.

Finally, it’s crucial to remember that governments and private companies are different organizations, and sometimes you have to use different approaches for each, especially when it comes to risk management. According to Lacheca, because public sector organizations aren’t usually driven by growth, using the typical project-based approach to risk management can lead to a disconnect between the attitude of those in charge of the organization and the aims of the program you’re working on.

Knowing this in advance helps, as does communicating changes to those who need to be kept informed. “Maintaining an ongoing dialogue on risk should allow the CIO to keep the digital government program on track, and build confidence that any setbacks are under control and within expectations,” said Rick Holgate, research director at Gartner.

Government agencies looking to make bold investments in digital technology should focus on the above four pillars to ensure they’re on the right track to building a successful digital program that inspires confidence and collaboration.