Smart City Initiatives Rolling Out Across the U.S.

Citizens today expect everything to be smart, from the phones in our pockets, to the kettles in our kitchens, the TVs in our living rooms and the even the bells on our front doors. Now, this technology is moving beyond the consumer arena, with government agencies across the U.S. developing smart city initiatives aimed at making our lives better.

The need for smart technology in urban environments is obvious. According to Smart America, cities consume two-thirds of the world’s major resources, and 34 cities worldwide will have a population of more than 10 million people by 2025. To create a smart environment for everyone to live in, governments need to work with a variety of different players, including the private sector, nonprofits and of course a range of government agencies. They also need to leverage cutting-edge technology, and use the power of social media to inform citizens and promote new initiatives.

There are already many smart city projects in the works.

While it may not seem like a natural fit, the U.S. Postal Service (USPS) is among the first agencies to implement this type of digital innovation. A new white paper from the USPS Office of the Inspector General outlines five distinct pilot programs as part of its smart city initiatives, which would leverage the existing infrastructure the USPS has in place to deliver more value for everyone.

As we’ve seen with the advances in autonomous and semi-autonomous vehicles on our roads in recent years, transportation could potentially be the sector most impacted by digital innovation and smart city initiatives. To that end, the USPS programs would include various cameras and sensors installed on the USPS fleet of vehicles to develop a better understanding of our urban environment, while also saving money. One of the programs, carried out in collaboration with Carnegie Mellon University, will feature cameras mounted on the front of vans to monitor road conditions and identify cracks in the pavement before they develop into potholes and become more expensive to fix.

Another program will feature accelerometers installed in postal vans to detect vibrations while crossing bridges. The data collected, which is sent wirelessly to the cloud, will assist city engineers in identifying potentially unsafe structures. With more than 65,000 bridges across the U.S. designated as “structurally deficient” by the American Society of Civil Engineers, the project clearly has huge potential benefits. 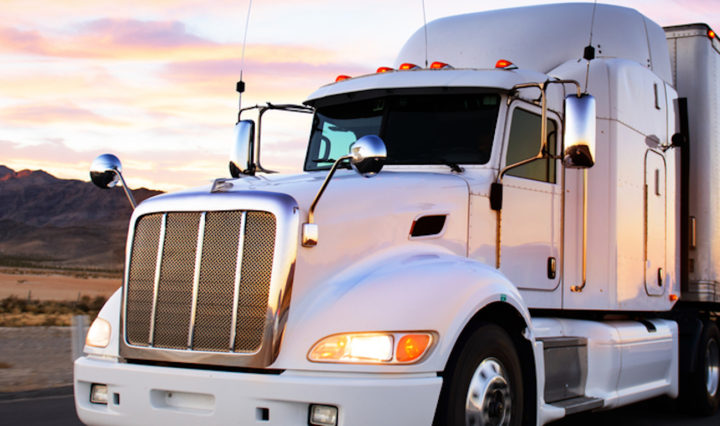 Get the eBook to learn how mobility is changing the trucking industry. Download Now

But transportation isn’t the only thing that could be revolutionized by advances in technology. Considering the number of people who are living in cities, we need to be able to conserve energy to reduce spending and help the environment.

San Diego is a shining example of a city looking to do just that. Cleantech San Diego is an organization that works with a range of technology companies to help the city use the Internet of Things to make city living better. The organization is helping promote the adoption of electric vehicles across the city with the expansion of a public EV infrastructure, while the San Diego Padres are using technology to monitor energy use at all facilities in PETCO Park.

Elsewhere, the Department of Homeland Security will fund the development of low-cost flood sensors, which will be deployed in flood-prone areas of Texas to assist emergency services and government officials in providing advanced warning to residents about potential flood dangers. Taking this to another level is Chicago, which earlier this year began installing what are being dubbed “fitness trackers for cities“. The city has begun installing 500 outdoor sensor boxes that collect data on air quality, noise levels and traffic around the city.

By leveraging technology advancements to make cities run more smoothly, the government can reduce spending and improve the everyday lives of its citizens.

Advancements in digital technology are dramatically improving fleet management and telematics. Learn here how you can boost fleet productivity with innovative digital solutions. 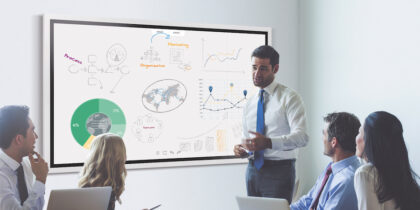 Noisy, blurry boardroom projectors are a thing of the past. Now you can simply turn on your LED video wall or interactive whiteboard and present in vibrant color.