VirZOOM: How VR Technology Is Changing the Fitness Club Experience

Virtual reality may seem like a new technology, but it has been around in some form or other since the late 1980s and in the minds of science fiction writers for a lot longer than that. Consequently, VR technology has had a lot of hype around it, which has become even more intense in recent years as the promise of consumer VR headsets has become a reality.

Transforming that hype into a real business is not always easy, given how people can quickly become disillusioned with technology if the experience they have doesn’t match what they’ve envisioned in their heads. But it can be done, and one organization paving the way is VirZOOM, an early-stage VR company seeking to combine fitness and technology in a fun and engaging way.

Founded in Cambridge, Massachusetts in 2015, VirZOOM seeks to make working out fun by integrating VR technology, such as the Samsung Gear VR headset, with exercise bikes. The company was the brainchild of Eric Janszen, a serial entrepreneur and an avid cyclist, and Eric Malafeew, who was the chief architect at Harmonix Music Systems, working on high-profile titles like Guitar Hero, Dance Central and Rock Band.

What they created is a platform that combines an exercise bike with virtual reality, allowing users to play games by cycling. The company created two pieces of hardware to make this a reality. First is the VirZOOM bike, a $399 folding consumer exercise bike with integrated sensors that track your pedal speed and monitor your heart rate, as well as action buttons and triggers for gameplay.

The second is the $99 VZ Sensor, which is the size of a quarter and fits onto any stationary bike in a home or gym and tracks pedaling speed and translates that motion into a gamified app.

How Can Hospitals Utilize VR? 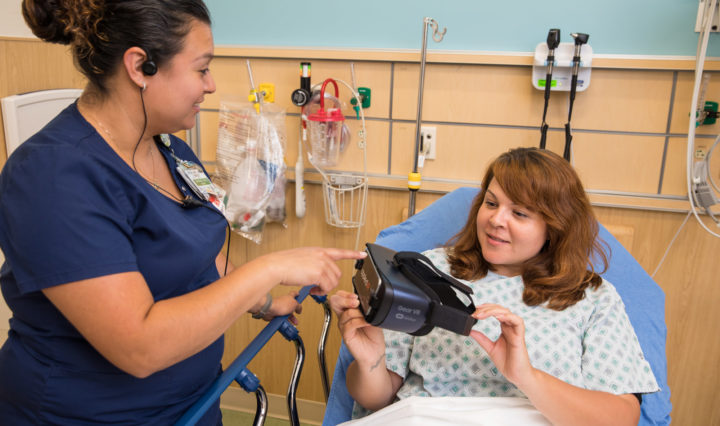 As well as the hardware, the company also built the VirZOOM Arcade, where it publishes new games, challenges and updates available to all users. Games range from straightforward cycling to players controlling a winged Pegasus or a battle tank, offering something for everyone.

Initially limited to tethered VR headsets, the platform now supports mobile VR technology, opening it up to a much bigger audience.

The company has thousands of people using its technology already. “These are people who maybe haven’t really found something they really love from a fitness perspective, and VirZOOM is a really fun way to get moving,” Spencer Honeyman, VP of strategic partnerships, says. “Our customers tend to be people who want to be healthy, want to be active and want to have fun doing it.”

From the Home to the Fitness Club

While the company’s initial focus has been on consumers, it’s now looking to expand its horizons and partner with fitness club chains and other businesses.

At Mobile World Congress Americas, which takes place September 12-14 at the Moscone Center in San Francisco, the company is showcasing its partnership with Life Fitness. The VirZOOM Module plugs into new and existing Life Fitness stationary bikes and accesses the firmware, allowing users to play VirZOOM games on the high-end exercise bikes. 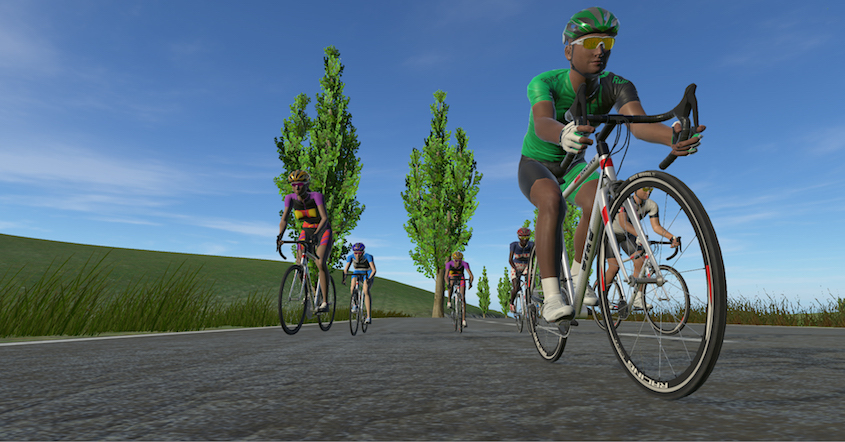 “VirZOOM with GearVR is a way for gyms to provide their members with the most immersive fitness experience available,” says Honeyman. “By leveraging existing Life Fitness stationary bikes and harnessing the emotive power of VR, anyone can compete in VirZOOM ‘vSports’ and enjoy themselves while they work out.”

This is just one example of how VirZOOM is expanding the use of its platform. Recently, VirZOOM bikes with Gear VR headsets were set up at Magic Mountain Six Flags, inviting customers to compete in the tank game. And it is this multiplayer aspect of the platform that’s also being used by the company to keep players coming back to the platform.

According to the company’s own stats, VirZOOM users play on average for 38.5 minutes per session, and they use the platform on average 3.25 times per week, which is significantly more than other VR applications.

By leveraging the social aspect of the platform, the company can create a sustainable business model where users can track all their stats, compare scores with friends and on leaderboards, challenge other users and get credit in other apps like Samsung Health.

The company is now focusing on software and content, looking to get developers on board to create content by releasing SDKs to make it as easy as possible for a developer to integrate their gamified app onto the VirZOOM Arcade.

According to Honeyman, “the power of VR is huge, and there have been very significant strides to make it commercially viable for any sort of business.” With companies like VirZOOM leveraging VR in cutting-edge, creative ways, it’s clear that this technology has the potential to make waves for both businesses and consumers.