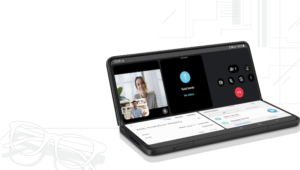 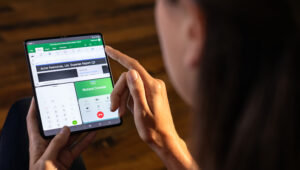 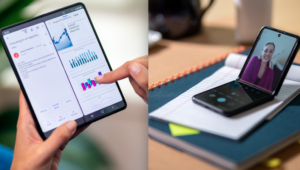 I’m Samsung’s Video Correspondent … and I Have a Secret

For the past year, I’ve been Samsung’s video correspondent.

I’ve been using Samsung’s full range of products on the job and testing out the new Galaxy S9 while working at different events … but I have a secret I’ve been hiding.

My personal phone is an iPhone.

You read that right.

I’ve been an iPhone user for almost a decade, so the idea of breaking up with something I’ve spent a lot of time with — and built an ecosystem around — is hard. Traversing a new galaxy (see what I did there?) has been intimidating.

And, as a self-employed small business owner, I don’t exactly have extra time on my hands to learn and familiarize myself with new products.

I need a phone that won’t die on me in the middle of the workday. I want to be able to take important business calls and charge my phone at the same time. (I don’t think that’s asking too much!) And as anyone who’s traveled recently knows, you can’t always guarantee that you’ll find an outlet in an airport or that your plane will have a working USB plug.

That’s why I finally made the switch. I used the Samsung Smart Switch app to seamlessly transfer everything from my old iPhone to my new Galaxy S9. After downloading the app, I connected the two phones together with a USB cord and followed the instructions. Fun fact: my phone background even appeared on the S9 without me having to update any settings!

Now I’m working with better battery life, more storage and my dearly-missed headphone jack. When I’m out with friends, they ask me to take photos using my phone camera instead of theirs. Testing out Super Slow-mo poolside has been great too.

Have you made the switch? What tips and tricks should a new Samsung user know? I’d love to hear from you! Tweet to me at @NatalieZfat, and tell me about your experience with hashtag #NataliesGalaxy.

Due for an upgrade? See just how easy it is to make the switch to Samsung. 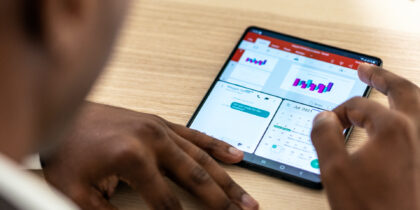 Working seamlessly in up to three apps at once is a game changer for business, with more productive multitasking than ever. 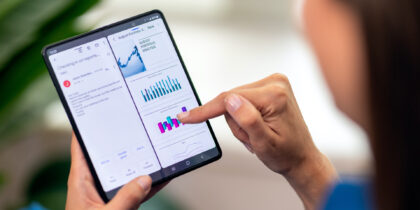 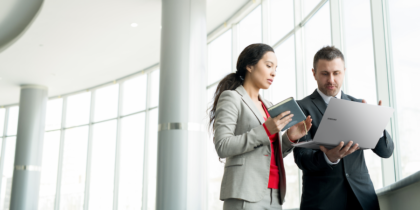 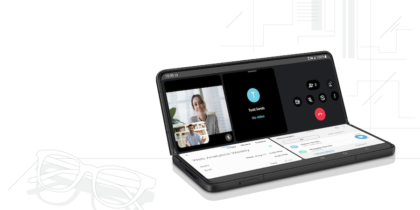 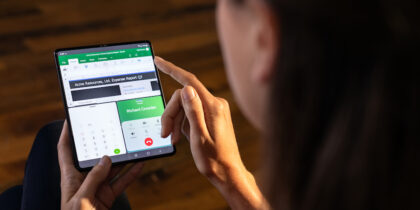 Samsung's Galaxy Z Fold3 is giving new meaning to multitasking by consolidating your work suite onto a single three-in-one device. 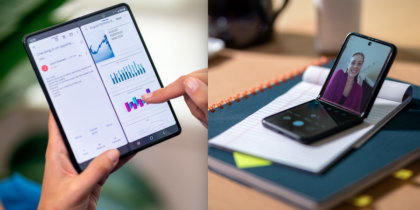 Samsung's Galaxy Z Fold3 and Galaxy Z Flip3 5G are here to multiply productivity in ways only a foldable smartphone could achieve.