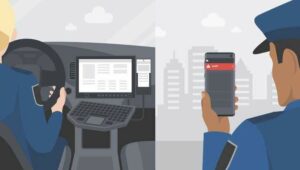 One agency’s path to CJIS compliance for smartphones

FirstNet recently announced that Samsung is adding FirstNet access via Band 14 to smartphones and other select mobile devices, starting with the Galaxy S9 and S9+ smartphones.

FirstNet is the nationwide public safety broadband network operated by AT&T and leveraging Band 14 along with the entire AT&T spectrum. Established through legislation in 2012 as part of the First Responder Network Authority, Band 14 ensures a dedicated spectrum in the event of an emergency. Band 14 authorization for public safety is allowed only through a comprehensive certification and approval process managed by FirstNet.

The FirstNet initiative is focused on providing priority and preemption for public safety communications over wireless networks – ensuring that in emergency situations, public safety personnel are able to communicate reliably.

The launch of the Galaxy S9 and S9+ with Band 14 support enables first responders to leverage the newest dedicated spectrum from FirstNet.

I spoke to a variety of public safety officials on the ground to get a first-hand take on the FirstNet announcement, and found a decidedly warm reception.

Sheriff Paul Fitzgerald of Story County, Iowa, sees important benefits for agencies like his. “Samsung’s announcement to enable Band 14 devices and FirstNet certification is exciting for public safety, as it provides exceptional smartphone technology that we use to accomplish our public safety missions every day,” he said. “More importantly, it enhances available technology and stimulates competition.”

Fairfax County, Virginia, public safety officials also welcomed Samsung’s support for their leading-edge FirstNet adoption. Mike Newburn, communications technology manager for the Fairfax County Department of Information Technology, told me, “More choice in FirstNet devices is critical, and the more choices that are available to public safety, the better. One of our fears has been that technology prices might spiral upward if device choices were limited. Samsung’s decision to enable its devices with Band 14 will add choices and prevent spiraling upward costs.”

In Richmond, Samsung Galaxy S9 smartphones are already part of communications infrastructure. “This is a very exciting announcement,” said Jackie Crotts, deputy director of technology for Fairfax County’s Department of Emergency Communications. “It means that our agency will be able to transition current Samsung Galaxy S9 smartphones and not be required to incur additional costs. Having the ability to transition present Galaxy S9 phones over to FirstNet is a win-win, as the S9s will immediately be able to operate with priority and preemption.”

FirstNet officials have also noted the value of Samsung’s commitment. “By ensuring first responders have access to commercial-off-the-shelf (COTS) technology via FirstNet, we are also enabling them to take advantage of cost savings and maximize the value of every public safety dollar,” FirstNet CTO Jeff Bratcher stated recently.

These and future FirstNet-certified Samsung devices will function with priority and preemption both on the Band 14 FirstNet spectrum and across the full AT&T spectrum on its nationwide network.

It’s not just the FirstNet readiness that makes Samsung smartphones particularly well suited to public safety. The Galaxy S9 and S9+ are designed to withstand dust, dirt and sand and are resistant to submersion up to a maximum depth of 1.5 meters underwater for up to 30 minutes, meeting the International Electrotechnical Commission’s IP68 standard.

Samsung has shown itself to be deeply committed to public safety and has partnerships with many leading providers of public safety software such as BlueLine Grid, Blueforce Development and InCadence Solutions. The Galaxy S9 and S9+ are powerful devices that truly deliver on the promise and potential of FirstNet — and I look forward to seeing how this collaboration expands with other advanced Band 14/FirstNet-ready mobile devices in the years ahead.

Learn more about Samsung’s public safety technology and partnerships that are improving officer safety and access to information. 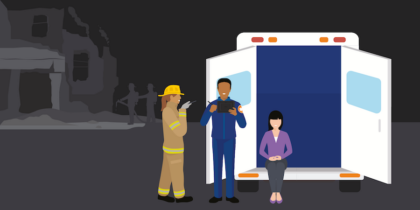 Mobile devices and apps can transform how fire and emergency services operate. Here's how your department can take advantage of mobile technologies. 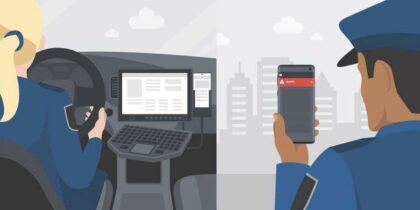 One agency’s path to CJIS compliance for smartphones

Find the best smartphone for public safety officers and make sure it improves efficiency while meeting operational needs.