In this News Insight, CSO Magazine looks at the key ways blockchain can bolster data security. Biometrics are another key piece of the security puzzle in today’s mobile economy. Download our guide to leveraging biometric authentication in your security strategy. —Samsung Insights editorial team

It’s easy to lose sight of the potential benefits and weaknesses of any new technology when the hype reaches fever pitch in the way that it has with blockchain. The global blockchain technology market is projected to be worth $20 billion by the end of 2024, according to Transparency Market Research. It has enormous potential to reduce costs, particularly for financial institutions, which is why Gartner suggests that blockchain’s business value-add will grow to $176 billion by 2025.

Heralded as a major disruptor for countless industries, there’s no doubt that blockchain offers some important potential advantages for the business world. In the realm of data security, it could prove transformative, but it’s not a panacea. If you’re considering adopting it, then take some time to understand it and how it can help your business first. You need a clear strategy and solid reasons to adopt a new technology, no matter how much buzz it’s generating.

Let’s take a closer look at four ways blockchain could have a positive impact on data security.

Instead of uploading data to a cloud server or storing it in a single location, blockchain breaks everything into small chunks and distributes them across the entire network of computers. It’s a digital ledger of transactions that lacks a central control point. Each computer, or node, has a complete copy of the ledger, so one or two nodes going down will not result in any data loss.

It effectively cuts out the middle man – there is no need to engage a third-party to process a transaction. You don’t have to place your trust in a vendor or service provider when you can rely on a decentralized, immutable ledger.

Everything that occurs on the blockchain is encrypted and it’s possible to prove that data has not been altered. Because of its distributed nature, you can check file signatures across all the ledgers on all the nodes in the network and verify that they haven’t been changed. If someone does change a record, then the signature is rendered invalid.

This potentially allows you to use the blockchain ledger to verify that data you backed up and stored in the cloud with third-party vendors has gone completely unchanged even weeks, months, or years later. Nobody can deny that blockchain offers reliable, independent data verification.

3. Blockchain is virtually impossible to hack

While hackers can break into traditional networks and find all the data in a single repository and exfiltrate it or corrupt it, the blockchain makes this unfeasibly hard. The data is decentralized, encrypted, and cross-checked by the whole network. Once a record is on the ledger it’s almost impossible to alter or remove without it being noticed and invalidating the signature.

Every legitimate transaction is confirmed by multiple nodes on the network. To successfully hack blockchain, you would have to hack most of the nodes simultaneously, which, though technically possible with enough supercomputing power and time, is well beyond the ability of cybercriminals today.

4. Blockchains can be private or public

While public blockchains have grabbed the early headlines and plaudits for enabling anonymity, you can create private blockchains that restrict access to specific users. You still get the benefits of a decentralized peer-to-peer network, but anyone accessing a private blockchain must authenticate their identity to gain access privileges and it can be restricted to specific transactions.

Limitations to bear in mind

While this is all exciting, it’s crucial to remember the potential problems and limitations of blockchain. The size of the network is vital, because if your data isn’t well distributed, then it’s vulnerable to attack. Because of the way it works, you need to consider network bandwidth demands and the potentially huge size of your network communication overhead.

It’s still a relatively new technology, so we don’t have all the answers yet, but blockchain clearly has the potential to have a big impact on the data security world. The potential use cases for security are definitely worth looking into, even if blockchain isn’t always the answer.

Nothing is truly impossible to hack, but blockchain looks like a technology that has come closest to Holy Grail status so far.

This article was written by Michelle Drolet from CSO Magazine and was legally licensed through the NewsCred publisher network. Please direct all licensing questions to legal@newscred.com.

Get more security best practices including how to protect your mobile devices from malware and other emerging threats. 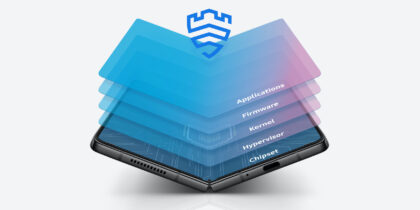 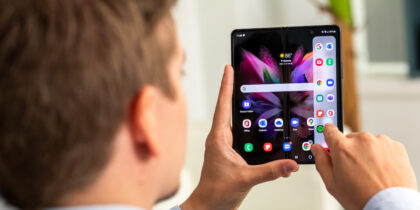