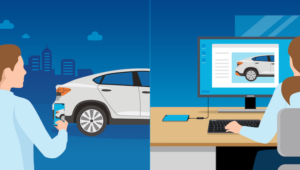 10 reasons the Galaxy S10 is perfect for claims adjusters 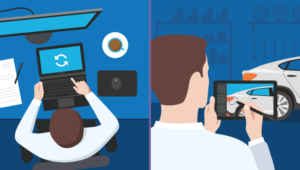 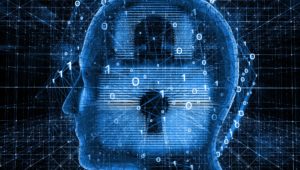 In this News Insight, Co. Create looks at how AI is helping insurance firms to mitigate fraud. This is just one example of the digital disruptions impacting the insurance market. For more insights, download the guide, “Digital Transformation in the Insurance Industry.” — Samsung Insights editorial team

From bogus claims to shady brokers, insurance fraud costs companies and their customers more than $40 billion a year, the FBI estimates. And that’s excluding medical insurance fraud, which is estimated by industry groups to cost tens of billions more.

The staggering level of criminality costs us all, adding $400 to $700 a year to premiums we pay for our homes, cars, and healthcare, the feds say. There are simply not enough investigators to put a significant dent in the criminality, so the industry is turning to the machines.

Using artificial intelligence to pick out inconsistencies and unusual patterns has quickly become standard for insurance companies, whether they’re looking for sophisticated rings of fraudsters rigging auto accidents or just individuals embellishing how much their damaged property was worth.

“You can’t not do it — this is kind of part and parcel of modern insurance,” says Jim Guszcza, U.S. chief data scientist at Deloitte Consulting. “You can’t not have machine learning and predictive analytics for claims.”

Among the companies harnessing the power of data is Lemonade, a New York home and renters’ insurance startup founded in 2015 by two tech veterans. CEO Daniel Schreiber says the data-driven approach often lets Lemonade evaluate and pay out claims substantially quicker than many traditional insurers.

In about one third of cases, claims can be approved and paid out essentially instantly on approval by the company’s algorithms, he says. “Even if a human is involved, it’s radically quicker.”

Humans can also still review claims after they’ve been paid, checking up on and improving the automated processes, he says. That way, they can teach the algorithms what to be suspicious of in a claim — just as the machines can highlight suspicious factors they might miss.

“We’re finding that our claims department is responding much faster because it’s now competing with an algorithm,” he says.

For many insurance companies, it’s not so much a competition but a way to more effectively triage claims to let humans dive deep into the ones that need more examination.

“Part of the zeitgeist among insurers today is low-touch or no-touch claims processing,” says James Quiggle, director of communications at the Coalition Against Insurance Fraud, an industry group. “More and more insurance companies are looking toward machines to help deal with often basic scams, thereby freeing up investigators for more complicated aspects for investigations that only humans can handle.”

“Data crunching can sift through a hugely confusing pile of information, make sense of it, piece it all together in a way that investigators can clearly see and thus create an aha moment where the entire ring is outlined in graphic terms on a computer screen,” says Quiggle. “The whole scam — the whole organization — is minutely outlined in graphic terms that might have taken months to analyze with humans acting alone.”

Part of the equation is that ever more data is now available to investigators and their digital assistants, from public social media posts — people with purported severe injuries posting pictures from the softball field to license plate readings and even Fitbit records.

Hanzo, a web archiving and analysis firm with offices in the U.S. and U.K., develops software that insurers can use to pull and sift through data from social media, marketplace sites like eBay and Craigslist, and elsewhere on the web in researching claims.

“Anything you can see in a browser we can effectively collect,” says Keith Laska, the company’s chief commercial officer. “The web-crawling technology then spiders down and tries to sift through thousands of pages of content to find the relevant information.”

That could be evidence that an insurance customer claiming items were stolen from a car listed similar items on a classified site or checked in on social media to locations far from the scene of the crime when the burglary was said to take place.

Inevitably, experts say, increased use of machine learning and disparate sources of data will raise questions about privacy that could lead to the development of industry standards or regulation.

For instance, Quiggle says, people might look askance at a worker’s compensation insurer flying a drone over an injury victim’s backyard, hoping to find evidence that the person is in better shape than claimed.

“You think this person is doing fun stuff when he or she should be flat on his or her back,” he says. “Where can you go and where can’t you go to try to pierce that person’s privacy veil? Can you fly over that person’s backyard?”

This article was written by Steven Melendez from Co. Create and was legally licensed through the NewsCred publisher network. Please direct all licensing questions to legal@newscred.com.

Get more insights on digital transformations impacting the insurance industry in this in-depth report from Frost & Sullivan. 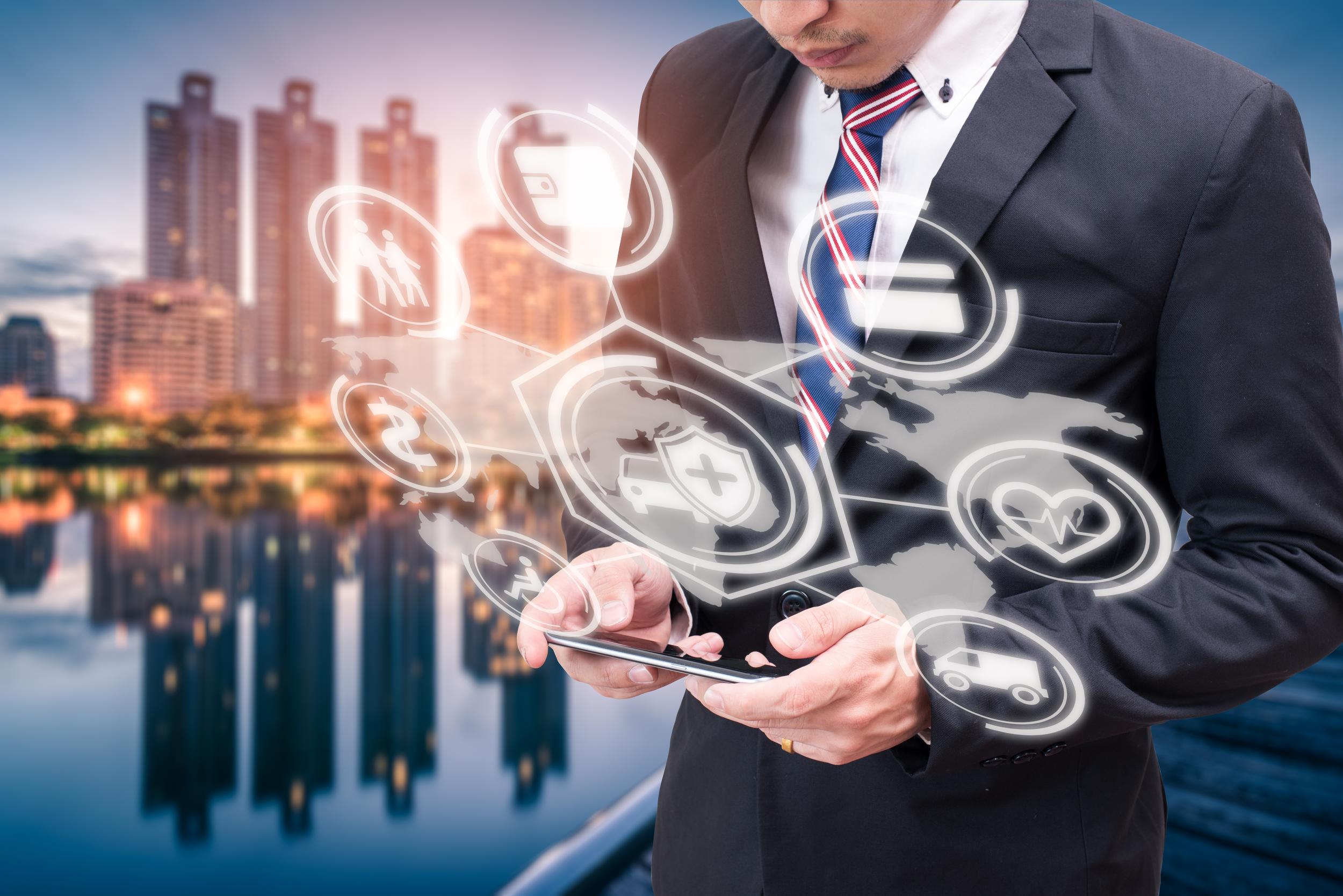 In this News Insight, Information Management offers key steps for building digital talent for insurance firms. For a look at the digital trends impacting

Can IoT Save You Money on Home Insurance?

How Is Mobile Technology Changing the Insurance Industry?

More and more insurance companies are turning to innovative digital solutions to enhance the customer experience. 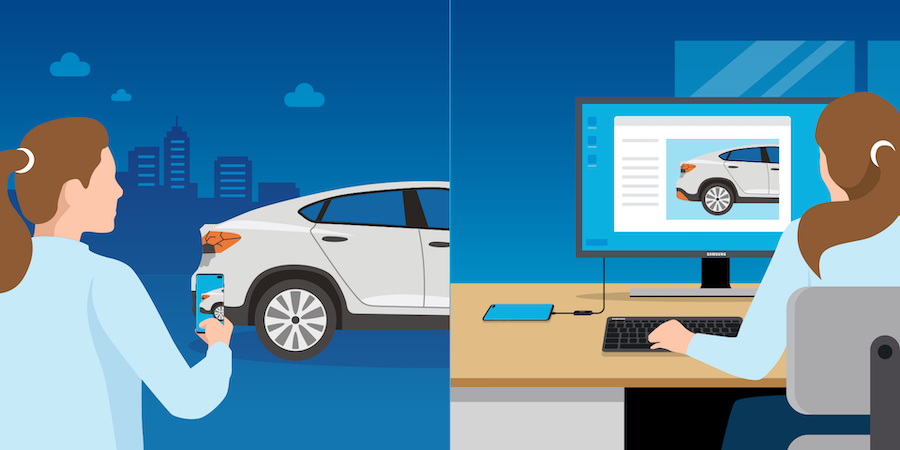 10 reasons the Galaxy S10 is perfect for claims adjusters

The S10 offers unique functionalities that can streamline workflows and capture data securely for claims adjusters in the field.

The 2-in-1 is the perfect device to help insurance claims adjusters create a mobile office for a job that keeps them on the go. 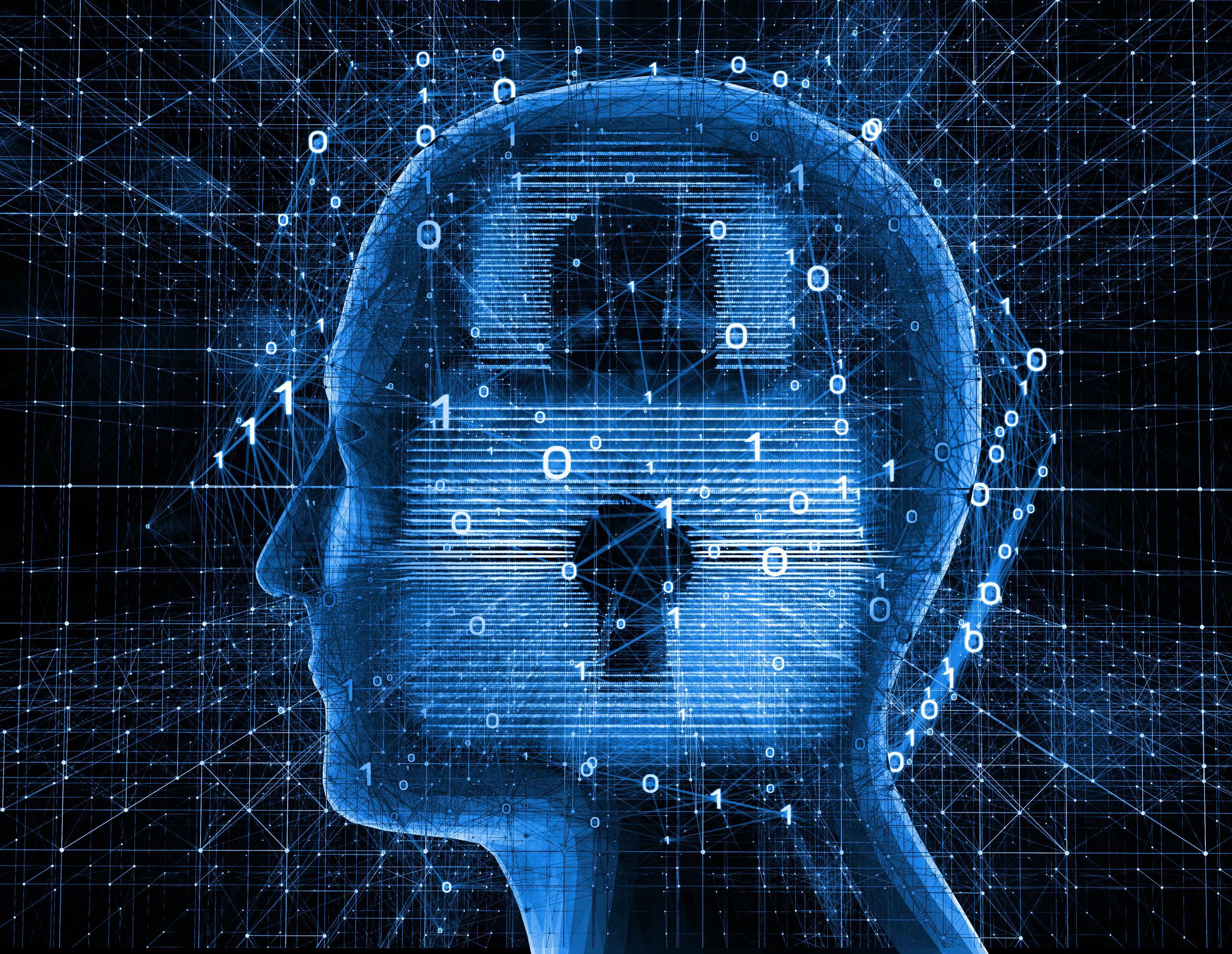 In this News Insight, Co. Create looks at how AI is helping insurance firms to mitigate fraud.