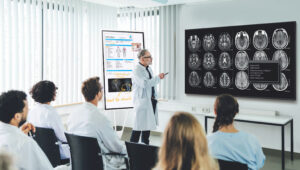 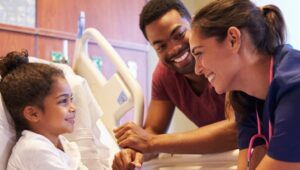 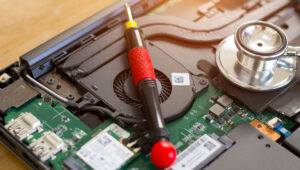 Published May 20, 2019By: Taylor Mallory Holland

As with many innovative healthcare solutions, the Oneview story began when a tech-savvy entrepreneur had a subpar patient experience.

In 2007, telecom exec Mark McCloskey was recovering from knee surgery in a Dublin hospital. His recovery ward had multiple occupants and one TV, and as McCloskey likes to joke, the biggest guy in the ward got the remote. He also noticed that clinical staff relied entirely on paper for patient information.

Shortly after his recovery, McCloskey had a lightbulb moment on an international flight. While enjoying the various in-flight entertainment options available on the seat-back screen in front of him, he realized that mobile technology could provide the same robust, personalized entertainment for hospital patients. With the right integrations, this bedside technology could also give clinicians real-time access to patient data.

McCloskey assembled a team of developers and got to work transforming the hospital in-patient experience. A decade later, more than 50 hospitals in the U.S. and Australia use the Oneview solution on tablets and smart televisions.

Welcome to the Patient Experience of the Future

The Oneview experience begins the moment a patient enters their hospital room. The television and/or bedside tablet greets them by name, in their preferred language. Throughout their stay, patients can use the tablet to access information, entertain themselves and communicate with hospital staff.

“Hospital patients are in different states of health and awareness,” says Seth Bokser, MD, Chief Medical Officer at Oneview. “Oneview technology is with them throughout their admission. They get their entertainment, they can put in service requests and — when they’re ready for it — they get educated on their disease state and treatment plan, so they can be a more active participant in their care.”

Oneview also helps patients have a more comfortable stay. Using the tablet, they can order meals, video chat with loved ones, control the lights and temperature of their rooms and get to know their care teams.

“Patients need to know who is walking in and out of their rooms,” says Dr. Bokser. “They’re in a vulnerable state and often confused, so it’s an important part of preserving patient dignity. Oneview provides a roster of all the patients’ care providers — their name, their photo and their role. Then using real-time location tracking, the solution knows when a doctor or nurse walks in the room, and their name pops up on the screen.”

Considering Oneview was inspired by a bored hospital patient, it’s no surprise that the solution features a robust catalogue of on-demand movies and TV shows. Patients can also access their own Spotify playlists or Netflix queues.

Niall O’Neill, Chief Strategy Officer for Oneview, says entertainment is more than just an amenity for hospital patients. It’s a welcome distraction and a window to the outside world. He recalls one particularly powerful example during an installation at a new client hospital.

“We usually tether the tablets to what’s called a patient engagement table. It’s like the bedside tray table, but it manages the cords and keeps the device charged, and it has a moveable arm for the tablet. In one room there was a young girl with a chronic condition, so she had spent a lot of time in hospitals. When we put the system into that room, she was lying on her side. She wasn’t able to move and couldn’t see the television. We put a movie on the tablet — I think it was Frozen that she wanted to watch — and angled it so she could watch on her side. That was such a simple thing, but for her, that was really important, because before that, she was staring at a wall.”

How Smart Are Your Clinical Communications? 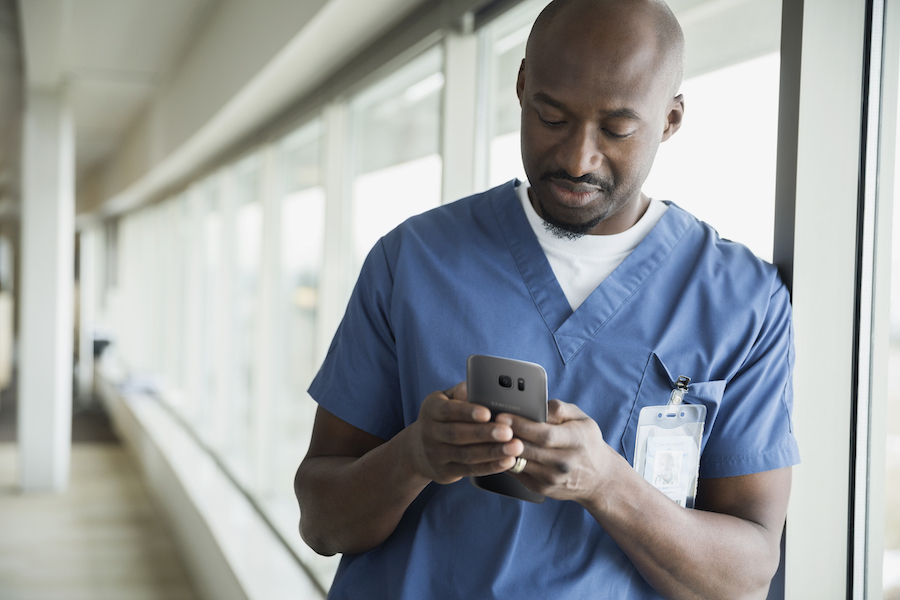 Take this quick assessment to evaluate your hospital's technology use and get personalized advice. Download Now

Dr. Bokser, who practices in a Oneview hospital, explains, “We give patients the ability to connect to their social media sites and securely upload photos of them with families and friends. As a clinician, seeing those photos of patients outside the hospital really helps me connect to them, not just as patients, but as vibrant, thriving individuals who are very different outside the hospital.”

Patients can also get face-to-face care from the best physicians in each hospital system, even if those doctors are hours away.

“As hospitals are merging into these larger health systems, they want to leverage the expertise on all the different campuses. Bedside tablets give them the ability to do video-based virtual care when it’s appropriate. This way, patients get the best possible expertise, and it can lower the cost of care, because hospitals don’t necessarily need to staff super-subspecialists at every facility.”

Finally, patients can get service more quickly by reaching out directly to the right person.

“Research shows that only 52 percent of the time when patients use their nurse call button, they actually need nurse-level expertise,” Dr. Bokser explains. “The rest of the time they need other caregivers, but they only have one button. Oneview lets them contact the nursing assistant when they need help going to the bathroom, or hospitality when they need an extra blanket. This also frees up nurse time and makes operations more efficient, which translates into dollars for the hospital.”

Introducing bedside tablets can also introduce new workloads and security risks. Devices must be scrubbed of all personal data in between patients, and nobody has time for that in hospitals — not IT, and certainly not the nurses.

That’s one reason Oneview puts its solution on HIPAA-compliant Samsung Galaxy tablets with Samsung Knox security built into the devices from the chip up. Oneview also leverages Samsung’s Data Eraser API to delete all patient data from the device and apps.

“We’re integrated into the EHRs, so our system automatically triggers wipes upon a transfer or discharge,” says O’Neill. “As soon as one patient leaves the room, the tablet is automatically wiped and ready for the next patient.”

The Business Case for a Better Patient Experience

Along with the productivity boost and competitive advantage that Oneview provides, it can also help hospitals improve patient satisfaction scores and decrease readmissions — both of which directly affect reimbursements for hospitals.

As Dr. Bokser points out, “Discharge preparedness not only results in greater patient satisfaction, but it can lower readmissions as well.”

In addition to providing hospital technology, Oneview has recently begun partnering with senior care organizations. Next up, the company is focused on improving its solution for both markets. That means adding new interactivity and leveraging new technology that enables ambient intelligence, data analytics and automation.

As O’Neill puts it, “We’re looking at all these things, and more, as a way to ultimately improve the experience of care — not to remove the human element, but to allow the humans that provide care to really focus on the human side of care, supported by technology.” 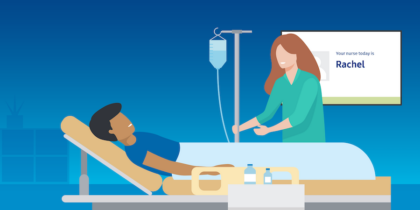 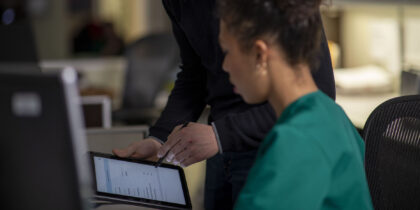 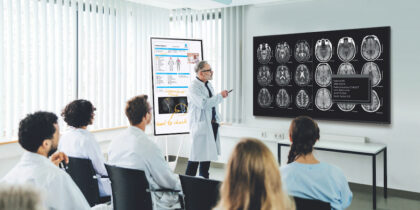 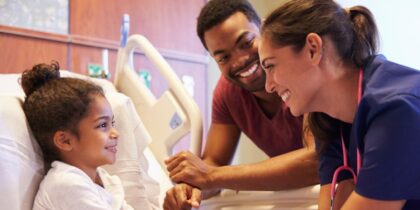 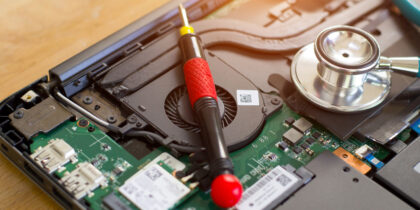