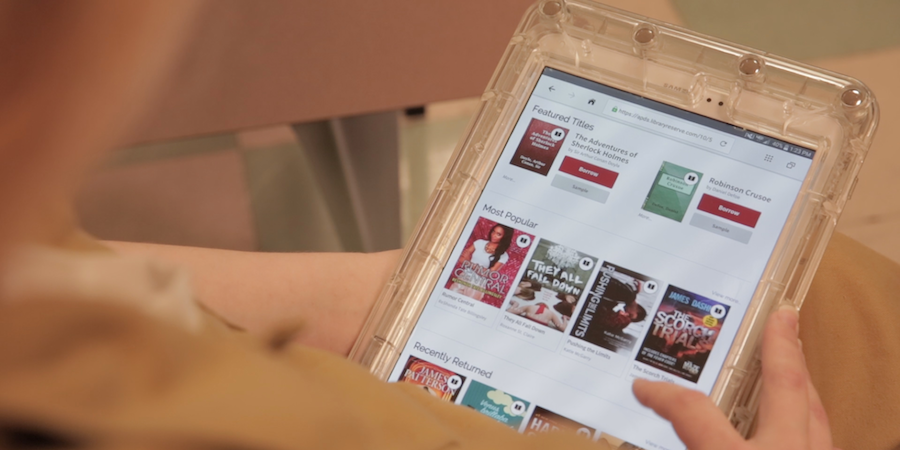 Prison is a punishment, but it can also be an opportunity for inmates to improve their lives, and for prisons to improve the communities they serve. Inmates who participate in correctional education programs are 43 percent less likely to recidivate, according to RAND. By providing services that help turn convicts into productive members of society, prisons can help rehabilitate troubled lives, mend broken families, and save taxpayers money.

None of this is new information to corrections executives, but until recently, it’s been hard — if not impossible — to deliver effective rehabilitation services.

That’s a problem American Prison Data Systems (APDS) has solved, with a robust digital platform and a fleet of secure Samsung tablets.

A New Way for Inmates to Learn

APDS was founded in 2012 and incorporated as a public benefit corporation in 2013. Before that, no one offered mobile-based programming for inmates.

“Most prisons were still using print media,” says Mott Middleton, chief revenue officer for APDS. “Some jurisdictions had small computer labs with old computers, and they would cycle inmates through, but that’s difficult when certain individuals can’t be mixed. And these were static programs, not rich in data mining or data integration. We are able to leverage online resources and proprietary algorithms to deliver personalized content and adaptive learning models.” 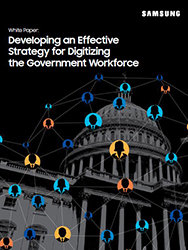 The APDS system starts by running users through a series of assessments that scientifically evaluate their education level, risks and needs. “We’re looking for things like criminogenic thinking and general behavior indicators, so we’re getting them into the right programming,” Middleton explains. “For instance, one person might need more anger management, another might need socialization skills, and another might just need pure literacy.”

That information feeds back into APDS’ custom data portal, which allows the prison or jurisdiction to see, down to a granular level, how individuals and groups are performing.

The goal is for each inmate to receive at least five hours of daily programming. Some prisons purchase a limited number of tablets that inmates can use in a designated programming area. However, most prisons opt for a one-to-one model. This ensures each inmate gets their five hours and lets prisons incentivize participation.

“Throughout the day, inmates use their tablet for job training and rehabilitation services,” says Middleton. “At the end of the day, based on their engagement and behavior, incentive portals unlock. If they’ve hit their programming milestones, they can watch a movie or listen to an Audible audiobook.”

From Behind Bars to Ahead of the Curve

More than 700,000 convicted criminals are released from federal and state prisons each year, according to RAND, and 40 percent of them return within three years. APDS wants to change those numbers. “People come into the system with a set of skills. If we can help them acquire a different set of skills prerelease, then they’ve got a different path postrelease, and that impacts recidivism.”

Inmates can even search and apply for jobs via a secure, proprietary app called National Corrections Work. It also helps them create resumes, inventory their interests and view local job listings. “We’re aligning job skills to the job market and getting them prepared for those jobs. Then, depending on their jurisdiction and where they are in their programming, the application will let them apply for jobs and secure employment prerelease, so that on day one, walking out of the facility, they know what they’re supposed to be doing. They’ve got a purpose.”

Middleton says APDS also provides value to prisons, via the data portal and by helping meet legislative compliance rules. For example, in New York City, prisons are mandated to provide five hours of programming per day, and there’s not enough classroom space or instructors to do that in person.

“Core to who we are as a public benefits company, we pride ourselves on delivering a nonexploitative service. We don’t charge inmates’ friends or families for the service. The jurisdictions provide the service. So, we’re not creating an environment of haves and have-nots. We’re very passionate about that last statement. We receive letters from incarcerated individuals on a daily basis, and it’s the same theme: ‘Thank you for believing in us. Thank you for giving me a tool to better myself. Thank you for giving me a second chance.'”

Incarcerated learners who use APDS are twice as likely to pass the GED as nonusers, and reentry plan completion rates have increased by 70 percent for APDS users. “We’ve seen a numbered increase in GED attainment,” adds Middleton. “We’re moving people through postsecondary education and helping them get BA degrees. Those are things they never thought they’d be able to do. We also have anecdotal evidence from facilities about behavior improvements.”

Corrections executives understand the value of rehabilitative services, but given the risks associated with incarceration, security has to be the top priority. APDS has taken steps to prevent both digital and physical threats.

With a standard tablet, physical security risks might include the weaponization of charging cords or glass shards, but all APDS tablets are protected by 810G military-grade ruggedized cases designed specifically to prevent inmates from tampering with, accessing or damaging the tablet. And when tablets aren’t in use, they’re housed in charge carts located in a secure, facility-designated location.

The digital security is much more complicated and robust. Wrapped around all the programming and reentry resources is APDS’ proprietary security system with 24/7 live agent monitoring. “With our solution, incarcerated users can only access what we let them access,” says Middleton. “They don’t have freedom to surf the web. They’re not accessing Facebook. It’s not a phone application. This is pure programming. We control access starting with the device itself and continue through the actual connectivity side, so inmates cannot break outside of our program.”

For device-level security, APDS leverages Samsung Knox, a defense-grade security platform that’s built into all Samsung smartphones and tablets. APDS also uses Knox Configure to customize the tablets, lock down settings on the devices, download approved whitelist apps, remove unapproved apps and ensure that the devices only connect to the secure APDS network.

“We use Samsung Knox for its unparalleled customizability and security,” says Middleton. “It allows us to quickly configure and deploy devices while providing a perfect record on security. We would not have had the success we’ve had without Samsung — not just because of the technology, but because of the partnership. When we are looking at new adaptations or unique deployment models, we can reach out for help with problem-solving and trouble-shooting. The technical consulting, the free exchange of information, the heads up around device changes — all of that helps us make our solution more effective and more secure.”

The APDS network has “no vulnerability,” according to white-hat hacking firm Coalfire technologies, and after more than 9 million hours of inmate usage, there have been no digital or physical threats.

But there has been plenty of progress. Today, APDS provides services to more than 66 facilities across 17 states. Last year, 11,000 incarcerated learners used the system. For Middleton and her colleagues, that’s extremely rewarding. “We think we’re changing the world, one inmate at a time.”

Discover how Samsung’s public safety and corrections technology solutions can assist agencies with their digital transformation.