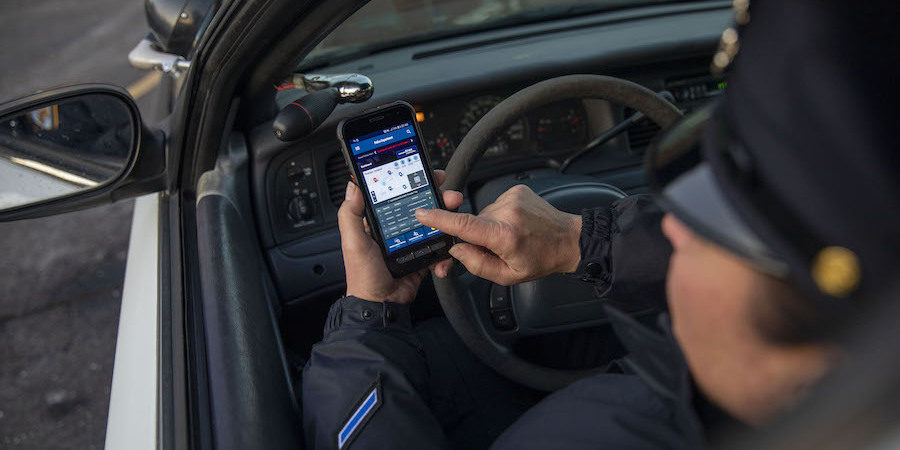 Getting a FirstNet smartphone: What officers need to know

If you wear a badge, you probably know about FirstNet, the broadband network that supports the mission of first responders. More than 10,000 public safety agencies across the country have signed on, and more than 1.2 million devices are now connected to the nation’s first broadband network dedicated to public safety. Individual public safety personnel can obtain their own FirstNet-ready device or, in some cases, swap in a FirstNet SIM card to their existing smartphone.

Haven’t connected yet? Here is a little background on FirstNet, and what you need to know to make it happen for you or your agency.

Why FirstNet is different

In March 2017, the first-ever public safety network, now known as FirstNet, was launched in a public-private partnership with AT&T. One year later, the core network went live.

What makes FirstNet different from other networks? Two words: priority and preemption. Priority assures public safety devices are given “first-in-line” access, even when there are thousands of other requests coming into the network. Preemption means that, when necessary, an existing connection will be terminated to allow a FirstNet device to utilize the network. This ensures mission-critical and mission-essential data will reliably get to those who need it, when they need it.

Who qualifies for FirstNet

Personnel from the traditional public safety disciplines of law enforcement, fire services and emergency medical services (EMS), as well as emergency management, public safety communications and continuity of government personnel, are all considered eligible primary users. Personnel who may participate in or support the response of primary users, and at times may be elevated to a primary user role due to the type, magnitude or evolution of an event or incident, are eligible as extended primary users. Because FirstNet is a dedicated public safety resource, applicants are reviewed for qualification before service is approved.

How an individual can apply for FirstNet

Many public safety agencies still do not provide their personnel with mobile service plans or devices. Others provide a stipend to offset the expense of a personal smartphone if it is used on duty, and still other agencies have smartphone programs that are not currently on FirstNet. Regardless, if you are a qualified first responder, you’re eligible to get FirstNet service. If you’re interested in obtaining authorization to acquire a FirstNet SIM card, you can complete an online application.

Harry Markey, a 30+ year veteran of policing and a FirstNet law enforcement advisor, recommends that individuals start with an online application and then follow up at their local AT&T store. If there is any question or difficulty, Markey suggests that first responders ask for the FirstNet specialist at the store. “Each of the stores should now have personnel that are trained on properly setting up an individual for FirstNet,” he explained. If your agency already has a smartphone program, but it’s not part of FirstNet, you may want to encourage the person responsible for the program to contact a FirstNet representative for additional information.

FirstNet is unlike any other communications network: It has a physically separate, dedicated public safety core. Public safety communications and data are supported across all the current bands on the AT&T network, as well as the 20MHz of additional spectrum from the 700MHz band provided by FirstNet (commonly known as Band 14).

To help ensure reliability, FirstNet provides additional resiliency and redundancy, as well as extensive hardening of the network. FirstNet offers end-to-end encryption for data transmitted across LTE-enabled devices. The FirstNet core comes with a FIPS 140-2 compliant VPN solution and other advanced security protocols to protect the network, which is monitored around the clock by a dedicated team at a security center. With FirstNet, public safety personnel have priority and preemption capabilities at all times to assure sufficient bandwidth for high-demand data usage, even when the commercial networks available to the public are overloaded.

Priority and preemption apply to all FirstNet devices, whether they’re assigned to an agency or an individual. The FirstNet core will support a range of next-generation public safety capabilities being developed for first responders based on open standards. In the future, these will include services such as Mission Critical Push-to-Talk and enhanced location-based services.

To maximize the full potential of FirstNet, devices need to be capable of receiving and transmitting on the FirstNet LTE enhanced packet core infrastructure. Devices with this capability are known as FirstNet Ready or FirstNet Capable. FirstNet Ready refers to devices that are ready to go out of the box once the special FirstNet SIM card is installed. FirstNet Capable devices can also access FirstNet, but require updating of software and possibly an unlocking of the device before the FirstNet SIM card is installed. The FirstNet SIM cards are only provided to public safety personnel who apply and are verified as being a first responder. It is this special SIM card that assures the device will be given full access to the FirstNet network and assigned the appropriate priority and preemption that is reserved for public safety personnel.

Samsung and FirstNet: A powerful combination

The rugged Samsung Galaxy XCover Pro has been tested against the U.S. Department of Defense’s MIL-STD-810G standard for toughness. This includes dropping the device 26 times from a height of 5 feet and subjecting it to constant vibration. The XCover Pro is also IP68 certified, attesting to its proven resistance to dust, dirt and immersion in 5 feet of water for 30 minutes.

The Galaxy S20/S20+/S20 Ultra and S20 FE — the latest 5G models in the Galaxy S series — come equipped with features that are ideal for field officers and investigators. These include extended battery life, large capacity storage, multiple camera focal lengths, defense-grade security with Samsung Knox and an ultrasonic fingerprint reader. Another series of Galaxy smartphones to consider are the Note20/Note20 Ultra, both featuring a large display that’s ideal for running two apps simultaneously on a split-screen. The Note20/Note20 Ultra also comes with the Bluetooth-enabled S Pen, which not only functions as a powerful stylus for taking quick notes, but can also remotely control the camera and other applications.

FirstNet is being embraced across the country, assuring first responders that they will be given priority and preemption across a network built specifically for them. FirstNet has made a commitment to provide coverage in underserved rural and tribal areas. This means that many smaller agencies will be able to confidently use technology-based force multipliers that were previously unavailable or impractical.

All FirstNet agencies, as well as individual officers using FirstNet devices, will benefit from priority and preemption on a network that is “always on” and ready to support their most critical operational needs, ensuring information gets through to those who need it, when they need it — regardless of demands being placed on conventional cellular networks. The communication and data sharing paradigm for public safety will never be the same, and this bodes well for all those who wear a badge.

For a more comprehensive walkthrough, read our guide to migrating to FirstNet. Or, download our free white paper on how to plan and execute a successful mobile initiative for your law enforcement agency.