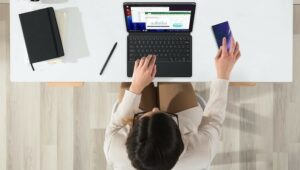 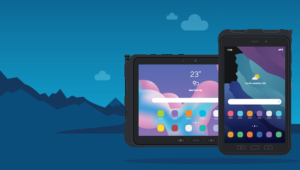 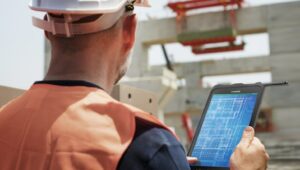 Ease frontline frustrations by consolidating to a single rugged device

If you commute on weekday mornings or early afternoons, you’ve likely seen school buses with flashing red lights, taking children to or from school. What you may be less aware of are stop-arm violations — when a vehicle passes a stopped school bus that has its red lights flashing.

These violations are shockingly common. In 2019, the National Association of State Directors of Pupil Transportation Services (NASDPTS), which tallies yearly stop-arm violations, surveyed school bus drivers in 39 U.S. states and found that on a single day, 131,345 bus drivers reported 95,494 vehicles that passed them illegally.

To help solve this problem, safety technology provider BusPatrol turns normal school buses into smart buses with the integration of multiple cameras and AI-powered applications. The company is the most-deployed stop-arm camera program in North America, operating in the U.S. and Canada, and it has now added rugged Samsung Galaxy tablets to its offering to further assist bus drivers.

“Once we connected all of those pieces, we then realized they all need that critical interface,” explains Jean Soulière, founder and CEO of BusPatrol. “When we looked at what tool to use, Samsung’s Galaxy tablet really stood out.”

BusPatrol equips buses with stop-arm cameras that can monitor up to eight lanes of traffic. Other rear-view, sideload and dashboard cameras record the windshield view, the passenger loading zone and the rear of the bus. Optional interior cameras allow for passenger, driver and doorwell coverage.

School bus drivers can sign students in using the dash-mounted Galaxy Tab Active devices as they board the bus, and parents can track this in the parent app. Parents can also see the location of the bus in real-time, so they have an ETA for pickup and drop-off.

And because many school systems experience high driver turnover, BusPatrol offers turn-by-turn navigation, which is especially helpful for new drivers. 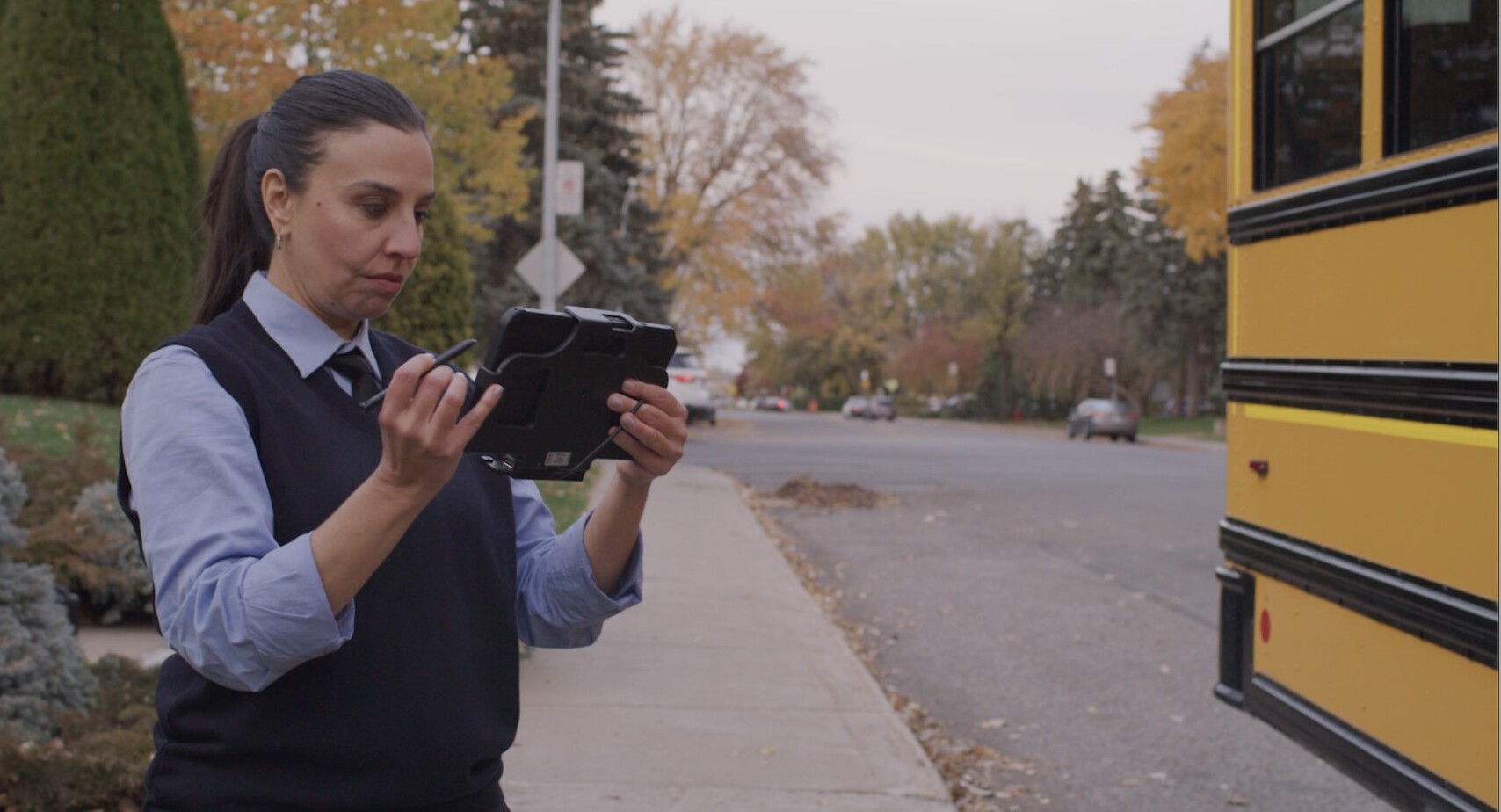 Soulière says the Galaxy Tab Active was an ideal fit because it’s not just rugged, but also delivers a great user experience and a lot of powerful features for drivers. The rugged tablets feature programmable physical buttons to instantly launch frequently used apps. They also come with an S Pen, which means bus drivers can still use the device for safety inspections on cold days when they’re wearing gloves.

Correcting the community’s driving habits supports a culture of mutual responsibility. When a commuter gets a ticket from BusPatrol, they also receive detailed information about the incident, including video footage. BusPatrol’s support center helps educate drivers by reviewing the video footage and school bus safety laws to prevent repeat behavior. As a result, BusPatrol says 98 percent of people who get ticketed for a stop-arm violation don’t get a second ticket.

Modernizing student transportation at no cost

BusPatrol’s safety programs are entirely violator-funded. The procurement and maintenance of its technology packages are offered to schools at no cost by recovering costs through the local government. In addition, traffic violations generate revenue for the jurisdiction where the schools are located, allowing them to further invest in road safety or education initiatives.

BusPatrol expands its safety offering to schools by providing accessibility to a suite of industry-leading technology through its partnerships with Samsung, Zonar, FirstNet, BusPlanner and Transfinder. Through its violator-funded model, school districts gain access to the leading route planning, route execution and route enforcement tools across their entire fleets. BusPatrol believes in a full-fleet model to outfit these safety packages across all of a districts school buses; providing safety benefits to every child riding the school bus in the community.

Close collaboration helps BusPatrol stay focused on their ultimate goal. “They’re our children and our future, and BusPatrol is very proud to partner with Samsung to keep that future safe.”

To see what makes Samsung’s rugged tablets so tough, read about the 22 durability tests they passed. And discover Samsung’s education solutions for students and teachers to thrive while they’re learning remotely.

Ronda Swaney is an award-winning B2B writer and ghostwriter. She writes exclusively about IT, technology and healthcare. Her love of storytelling paired with all things technical helps her write engaging content for clients, which range from Fortune 50 tech giants to up-and-coming SMBs. Writing credits include blog posts, magazine articles, eBooks, lead-generating books, case studies and white papers, as well as ghostwriting for top tech executives. Connect with Ronda on Twitter: @rondaswaney 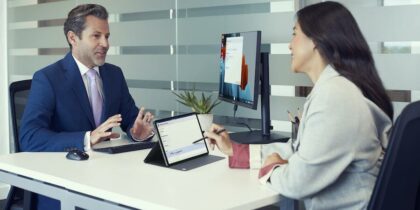 E-signature tools plus mobile tech can help your business go paperless. The result: time and cost savings — and happier customers. 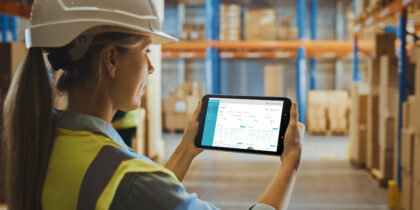 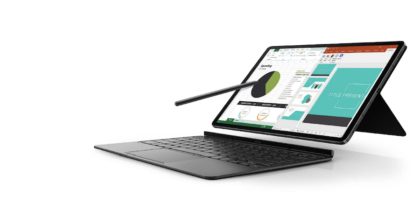 10 reasons to replace your laptop with the Galaxy Tab S7

The Samsung Galaxy Tab S7 adapts to your surroundings, so you can enjoy a lightweight, portable solution that moves with you. 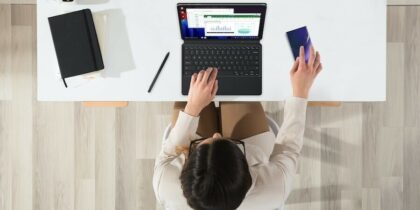 Thanks to the power of Samsung DeX, the Galaxy Tab S7 is reshaping the tablet experience for business. 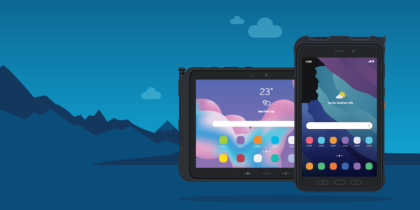 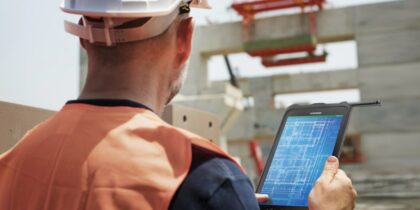 Ease frontline frustrations by consolidating to a single rugged device

A rugged device with features like Samsung DeX can help you consolidate frontline workers' devices into one solution.