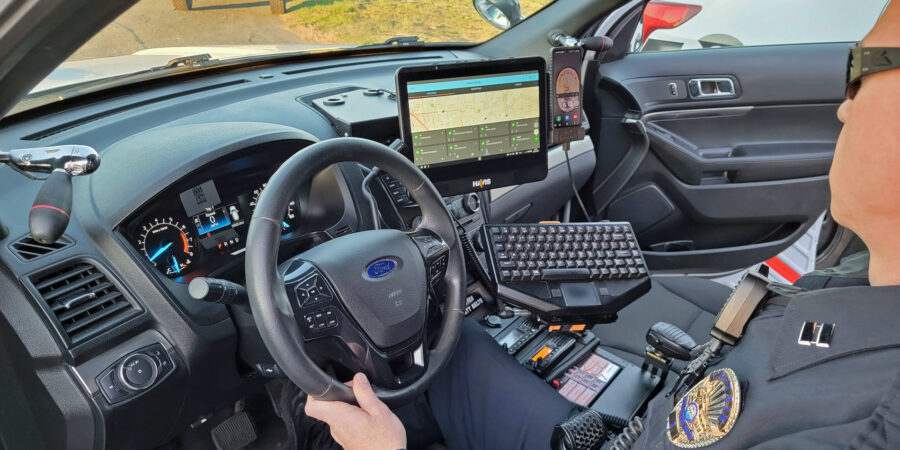 In his 38 years as the network administrator for SBPD, David Straede has been the architect for three generations of public safety networks. SBPD recently equipped its patrol officers with body-worn cameras (BWCs), and the agency issued Samsung Galaxy S21 smartphones to help officers manage the BWCs and review their recordings. The mobile devices also provide a high level of utility, allowing officers to access critical information when they’re away from their patrol vehicle.

Straede originally planned to pair the Galaxy S21 smartphones with Samsung DeX throughout the patrol fleet, eliminating the need for the conventional in-vehicle computers that the department had used for decades. DeX is a software platform that harnesses the computing power of the smartphone and can provide an in-vehicle computing experience using a dedicated keyboard and display. Straede wanted to leverage the smartphones and DeX to give officers full access to mission-essential information sources regardless of assignment or their proximity to a patrol car. He also knew that there was significant potential for substantial cost savings.

As Straede worked through a pilot effort with DeX, he found that the agency’s computer-aided dispatch (CAD) system had limited functionality in its mobile version, resulting in a marginal user experience for patrol officers.

To address this, Straede considered accessing the CAD system via a virtual desktop that could display the CAD system in its entirety. But this solution would come with latency and tech complexity, which would require additional IT support. Meanwhile, using DeX would enable additional capabilities and access to critical apps. Straede ultimately decided on a hybrid solution that would allow officers to easily toggle between the CAD system (in a Windows environment) and their smartphone capabilities (in DeX) using an A/B function on the in-vehicle touchscreen display.

To augment the DeX setup, Straede decided to use an industrial PC in the patrol vehicle’s trunk. From extensive research, he identified a unit that was significantly less expensive than SBPD’s existing in-vehicle computers. The resulting solution expands mobile functionality and supports the legacy CAD system — at a cost savings of thousands of dollars per vehicle. Straede says it’s only a matter of time until the department moves from the temporary hybrid solution to a CAD system that can take full advantage of DeX. When this occurs, all computing functions in the vehicle will be supported by the smartphone. 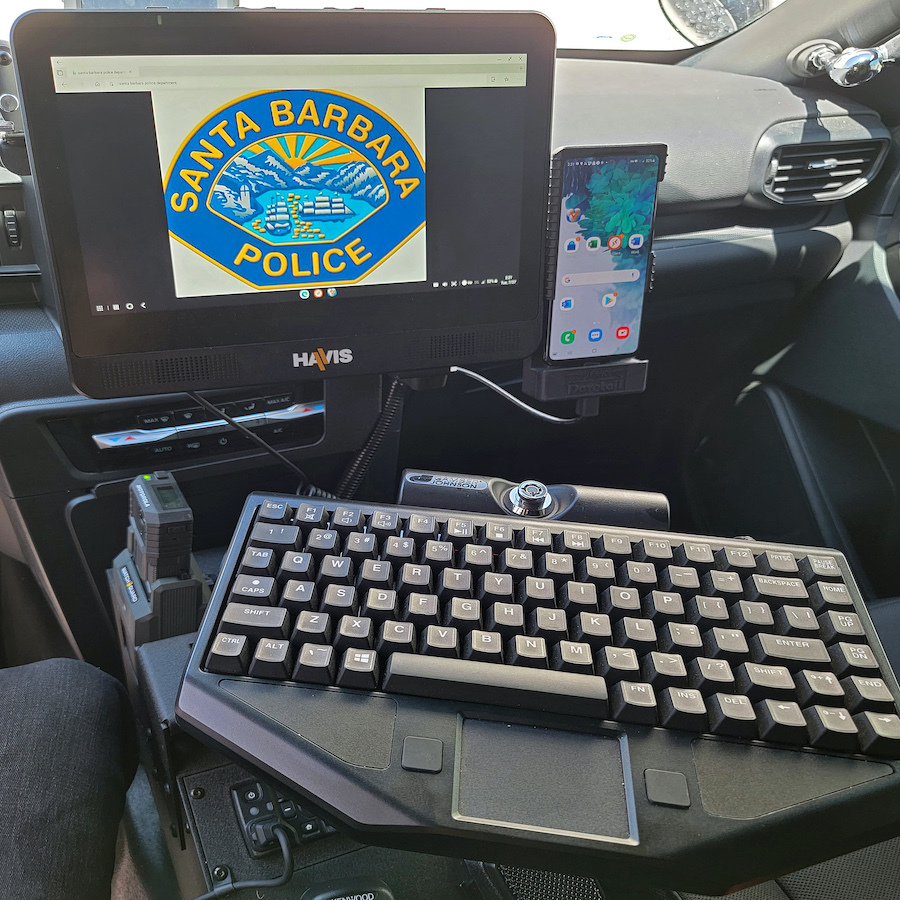 SBPD has also used DeX to significantly expand its safety technology and information capabilities to other areas of the organization. “DeX has permitted us to provide full query capability to our airport patrol personnel, something they previously did not have,” says Straede. “And we will be using a similar approach to support our harbor patrol.”

How much can going mobile-first save your agency? 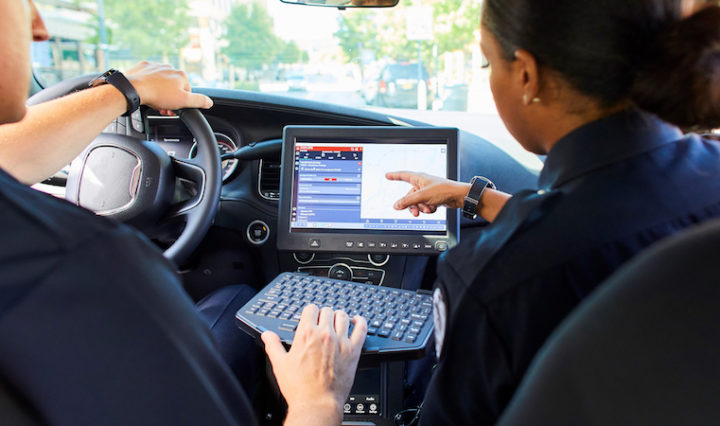 Use our calculator to see how much your agency could save by leveraging Samsung DeX. Download Now

Unlike SBPD’s marked police units, these special areas of operation didn’t have existing in-vehicle computers, so their new CAD functionality is a dramatic improvement for their operational efficiency. SBPD is also considering using DeX to extend the same capabilities to investigative units.

All of the S21 smartphones used by the agency are protected by a D&R DoveTail rugged case that pairs with a D&R docking station, ensuring the phone is always readily accessible and charged. The in-vehicle monitor, a Havis 12.5-inch HD display, features an integrated DeX hub as well as HDMI and USB-C inputs. Rounding out the setup is a TG3 keyboard that’s backlit, rugged and splashproof. All of the equipment is integrated into the vehicle’s interior using Gamber Johnson mounts that allow officers to adjust the positioning of individual components. The city’s fleet personnel currently handle the installation of the SBPD and airport patrol systems. Straede says the DeX solution that was installed in the airport patrol units (which do not have the industrial PC in the trunk) took about half the time of a regular in-vehicle computer installation. 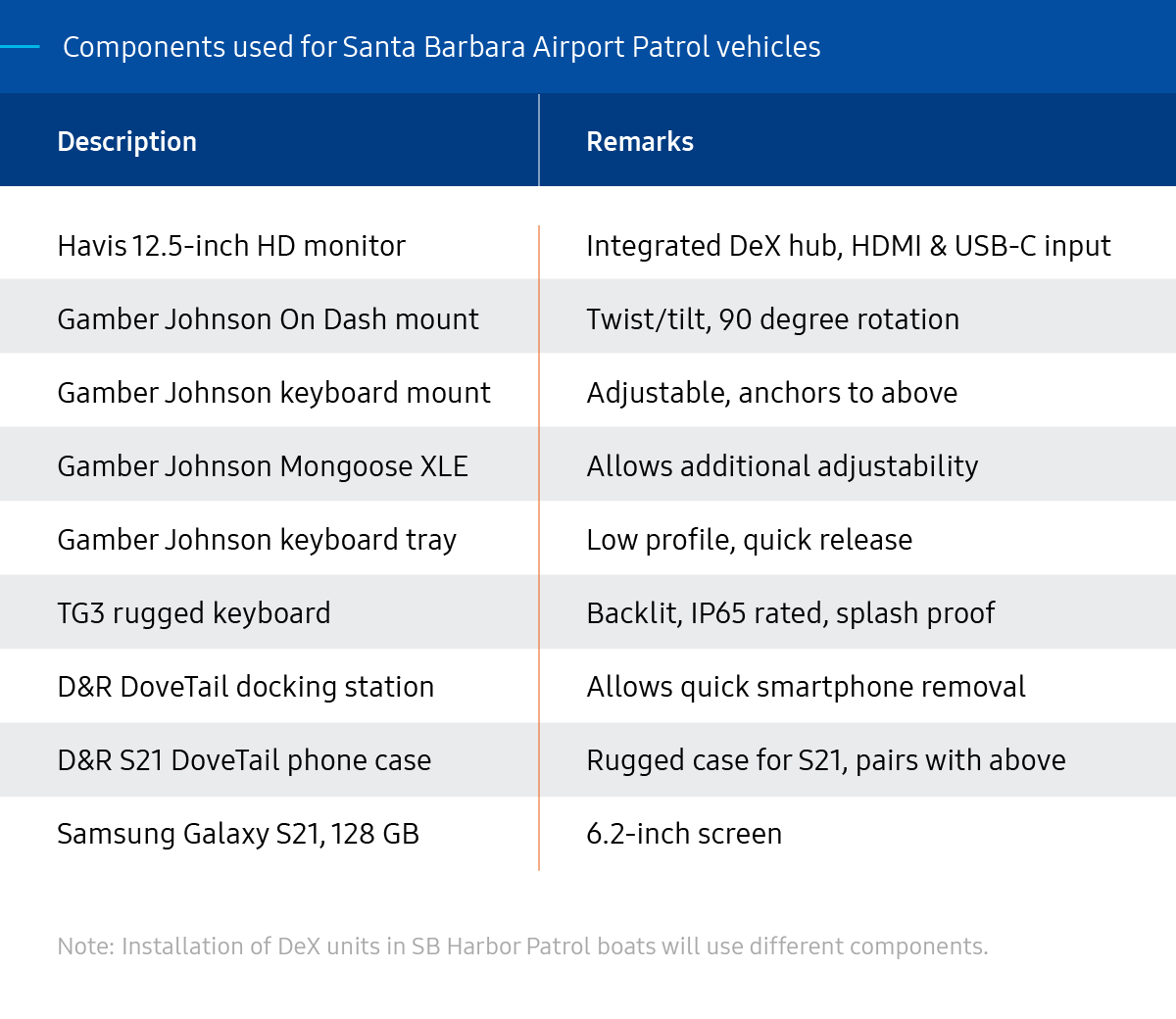 DeX brings a whole new layer of opportunity to agencies like SBPD that want to make the most of today’s smartphone technology and extend information access throughout their organization. The innovative solutions implemented at SBPD demonstrate just how efficient and cost-effective going mobile can be.

Get started on planning and implementing a cost-saving mobile initiative at your agency with this practical roadmap. And discover Samsung’s lineup of force-multiplying mobile devices for public safety.