Imagine tech cities where vehicles and traffic lights communicate, creating a transportation network that allows traffic to flow more smoothly, resulting in cleaner air and less congestion. Or envision a city sidewalk where pedestrians’ footsteps power the streetlights. These are the kinds of smart city innovations that will be reshaping cities around the world.

A number of cities are investing public and private funds to build capacity to use technology and data to tackle critical quality of life challenges, such as vital residential and commercial transportation networks. Much of the smart city funding targets projects that ease traffic congestion and improve driver and pedestrian safety. Pittsburgh will invest $11 million to install smart traffic lights, while Denver will fund a $6 million project to connect vehicles to mitigate traffic during rush hour. Other local governments will share $8 million in federal funding now available for building out mobility through car- and bike-sharing services and demand-based dynamic buses.

Now is the time to develop tech cities: Urban populations are growing, physical infrastructures are aging and technology is becoming less expensive and more pervasive than ever. Tech cities incorporate solutions that enable city governments to collect and analyze data on infrastructure and public services to create efficiencies that affect the lives of city residents. In tech cities, citizens will always be connected.

While basic transportation network infrastructure improvements such as widening roads, subsiding mass transit and facilitating carpooling, smart technology can tackle traffic congestion and other challenges for transportation networks. In tech cities, smart trash cans can send alerts when they need emptied, reducing the routes for garbage trucks; smart streetlights can let drivers know where there’s an empty parking spot; and cameras can monitor traffic patterns and adjust traffic signals to reduce congestion. And all this information could be relayed to drivers, mass transit riders and pedestrians in real time. 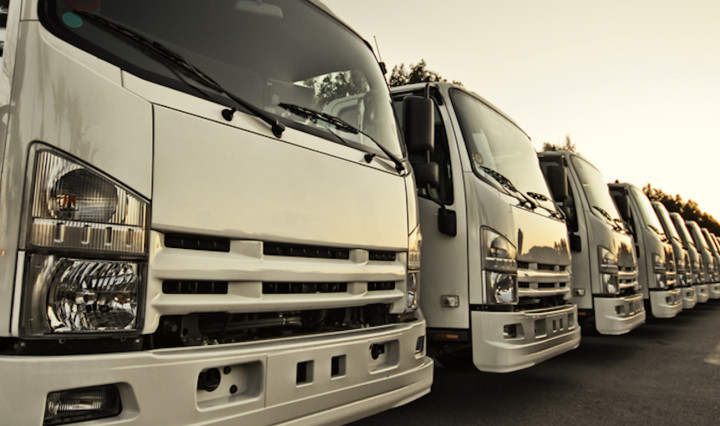 Read the eBook to find out how mobile solutions can help your fleet move forward. Download Now

The U.S. can look to tech cities in other countries for inspiration. For instance, Barcelona, considered one of the most wired cities in the world, has deployed smart sensors on street lamps, garbage cans and parking spaces to provide data on noise and air contamination, traffic congestion and waste management, which could eventually save the city millions while also providing better services. And a public-private partnership in Amsterdam has launched more than 40 projects, from smart parking lots to home energy storage.

Power-producing streetlights are already a reality in Las Vegas. The city has installed a stretch of sidewalk that uses kinetic pads that harvest energy from pedestrians’ footsteps. Solar energy supplements the power requirements for pollution-free lighting.

In a bid to join the ranks of these smart cities, Columbus, Ohio, recently won the $40 million Smart City Challenge from the U.S. Department of Transportation (DOT). According to the DOT, Columbus won because it “plans to deploy three electric self-driving shuttles to link a new bus rapid transit center to a retail district, connecting more residents to jobs. Columbus also plans to use data analytics to improve health care access in a neighborhood that currently has an infant mortality rate four times that of the national average, allowing them to provide improved transportation options to those most in need of prenatal care.”

In addition, Vulcan Inc. has contributed another $10 million to incorporate electric vehicle infrastructure into the city’s transportation network. These developments reflect the strategies of a number of state and local governments that are enabling their cities to adopt innovation in a discrete area that can benefit directly from the innovation.

The transportation world is always changing. Learn here how our diverse selection of mobile solutions can help you boost your fleet’s productivity.