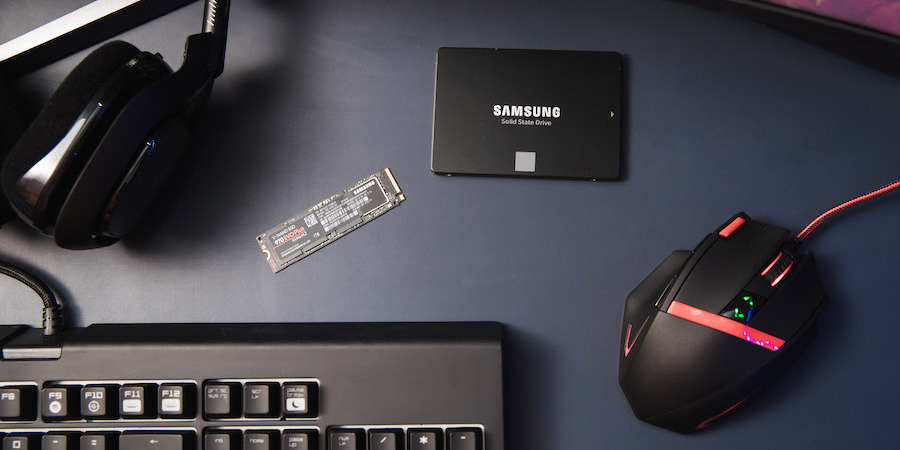 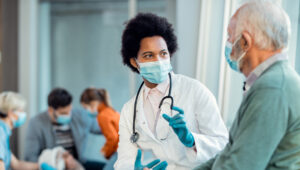 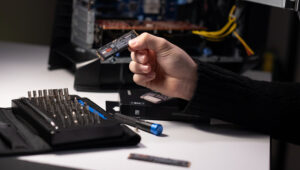 Every business has a different storage need, but not all know the details and tech specs on various storage buses and which solid state drives (SSDs) are available to them. How does QLC, MLC, V-NAND and PCIe correlate to specific storage needs? This article will demystify the alphabet soup when it comes to flash storage and SSDs and translate these acronyms into real-world considerations.

SLC, MLC, QLC and bits in a cell

Flash memory at its heart is a bunch of cells: cells that can store either a 1 or a 0, detected by the presence or absence of electrical charges. The fact that these bits are stored in silicon and not on a spinning platter is the essential foundation of the superior performance of SSDs against hard disk drives. The earliest flash storage devices laid down millions of cells on a piece of silicon and stored a single bit per cell, which was called “single-level cell” technology, or SLC. But, of course, that raises the question: Can you store more than one bit in a cell in order to increase storage capacities?

This resulted in the release of multilevel cell technology, or MLC, which allowed a range of voltages in each cell. This allowed four bits to be stored per cell — 00, 01, 10 and 11. Triple-level cell (TLC) was then developed, which doubled four states to eight. The latest technology, quad-level cell (QLC), both doubles state capacity again as well as adds the ability to store an additional bit. Now a single cell can store values from 0000 to 1111. This is a key development to increasing both the overall capacity of an SSD and its reliability. Now solid state drives are getting smaller in physical size but larger in total storage capacity, as well as coming down in price, and that’s QLC at work.

NAND and its developments

Flash memory comes in a couple of different types. There’s NOR flash, which has the fastest read speeds available but is costly and not as dense (and thus comes in smaller storage configurations), and there’s NAND flash, which is the type of flash used in SSDs. You’ll find NOR flash mainly in small machines and cell phones, while NAND is typically used in desktops, laptops and enterprise storage.

Leaving NOR flash out of the discussion due to its limited applicability, NAND works by arranging thousands of cells on pages that are grouped into blocks. The controller on the disk manages the blocks, and this organization scheme makes for faster write and erase speeds as well as more endurance than other forms of flash.

What is V-NAND, then? Samsung’s pioneering development of V-NAND, or vertical NAND, stacks single plans of NAND cells vertically, allowing for larger storage capacities and reduced manufacturing costs. It’s also cheaper to operate V-NAND from an electrical standpoint, and most reports on V-NAND compared to standard NAND describe a 2x to 10x increase in both speed and longevity. For applications and industries where power consumption and physical size is an important consideration, V-NAND offers a way for storage to stay competitive from a performance perspective.

So how does PCIe fit in with all of this? SLC- and MLC-based SSDs as well as the first generation of drives communicated with the host computer over the serial ATA, or SATA bus. Think of this bus like the highway that data travels over from the drive itself to the motherboard within the computer, where it’s then read into memory by the operating system and acted upon.

The SATA bus is theoretically capable of streaming data at full speed at six gigabits (Gb) per second, but for a variety of reasons (overhead, for one) speeds in the real world never reach that figure. However, as SSDs became more capable — faster, with more capacity — it became clear that the SATA bus has a top end that’s too low. The envelope needed to be pushed.

There is another highway, however, one with significantly more capacity — and that’s known as the PCI Express, or PCIe bus. This bus was traditionally used by video cards and can push data upwards of 15 gigabytes (GB) per second when totally saturated. Again, that’s a theoretical limit, but SSDs that work over PCIe these days are pushing up to 3GB per second without a problem, whereas SATA SSDs operate at around one-sixth of that rate. A clear difference, and as development and innovation in SSDs continues, you will generally see that future drives will orient toward the PCIe bus and away from the slower, staid SATA bus.

Witness the evolution of SSD technology in this infographic, or learn more about SSD performance and what they mean for workplace capabilities with this free white paper. 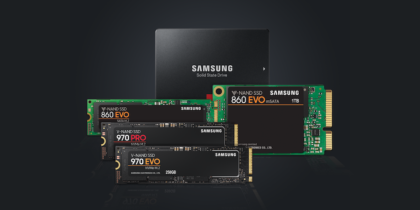 One of the most important business security priorities is protecting company data. SSDs support these efforts with hardware-level encryption. 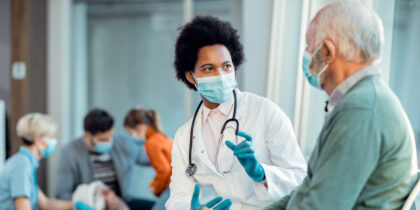 In healthcare, downtime is not an option — especially for patient-facing systems. Having fewer moving parts helps speed things up. 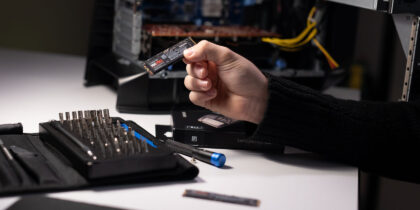