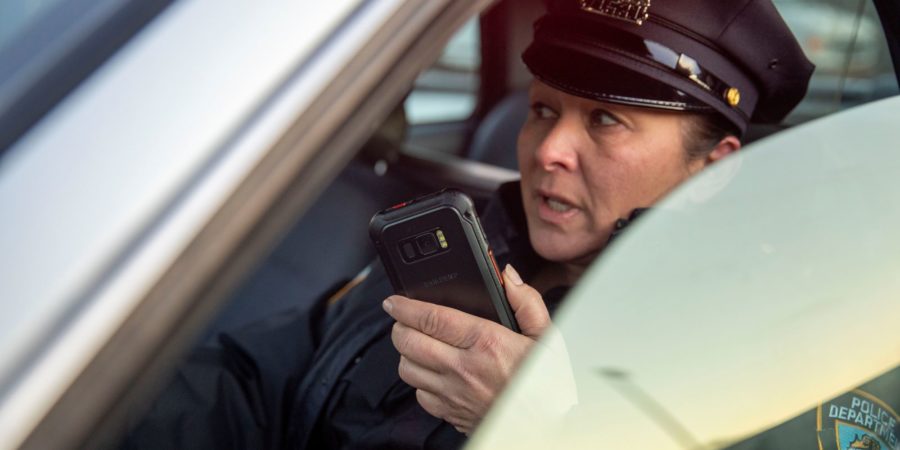 With the introduction of FirstNet PTT, the first commercial push-to-talk service built on mission-critical standards, public safety agencies now have the opportunity to augment their existing radio communications with modern, cloud-connected smartphones.

Leveraging PTT with hardened smartphones will greatly diminish the interoperability issues that have existed for years between and among land mobile radio networks. Traditionally, the United States has had more than 10,000 separate LMR networks for public safety, creating substantial interoperability issues among jurisdictions and agencies.

FirstNet PTT is built upon open international standards for mission critical services, which ensure interoperability today and into the future as the network is constantly upgraded. This important difference between LTE public safety implementation and the way that LMR has traditionally been implemented in the United States means there will be inherent operability between and among all users and agencies adopting services based on the mission critical PTT (MCPTT) standards. Simply put, the operability among public safety agencies is similar to how people in the United States can successfully text friends, family and colleagues both domestically and in other countries, despite different networks and devices being used. The technologies used allow users to communicate with one another. This is what implementing open standards for MCPTT does for public safety users using mobile broadband. It is key that this new functionality be simple and easy to use, and it is.

Importantly, the implementation of PTT on purpose-built, rugged smartphones mirrors the current LMR user experience, making it easy and intuitive. First responders can use the dedicated PTT button on their smartphone or an earpiece with in-line PTT button in the same fashion as their traditional radios. This familiarity facilitates an easy operational transition to leveraging this new smartphone-based PTT. Minimal training is required, resulting in users being able to quickly advance to using the enhanced features and new capabilities.

Your Roadmap to Mission Critical Push-to-Talk

With public safety apps such as mobile computer aided dispatch (CAD) or electronic patient care reporting (ePCR), as well as secure text, video, photo, file sharing, email and PTT voice, now available on smartphones, an even stronger case can be made for all public safety personnel to be issued a device by their agency to perform their daily work. It should now be considered a baseline for first responders to have access to robust mobile broadband capabilities in addition to what traditionally have only been voice capabilities over LMR.

For many public safety agencies, MCPTT enabled by rugged smartphones, like the Samsung Galaxy XCover FieldPro, will become an inflection point for the strategic adoption of mobile devices for all responders.

Agencies should focus on developing a migration plan for a seamless and successful implementation of PTT into daily operations. This should be done as a supplement to current LMR systems, which remain an important tool available for agencies. The goals and objectives of this implementation are to ensure widespread access to public safety LTE networks with purpose-built rugged and secure broadband capabilities to complement legacy LMR systems. LMR systems will continue to provide PTT capabilities for redundancy purposes, with gateways providing integrations for the new LTE solution.

Public safety leaders will be now be able to comprehensively support a mobile first environment, utilizing both LMR and LTE broadband, that can meet their communications needs throughout the course of their various and unpredictable duties.

Jason Karp is one of the co-founders and principals of the Public Safety Network. He brings more than 25 years of legal and business executive experience in the telecom, technology and public safety environments, within large corporations, start-ups and the federal government, including the FCC, MCI and Accenture. Prior to starting the Public Safety Network, Jason was the General Counsel as well as a Senior Executive with FirstNet. In this capacity, Jason was responsible for interpreting the complex law that created FirstNet and developing and implementing the legal strategy and framework for successful deployment of the nationwide public safety broadband network.