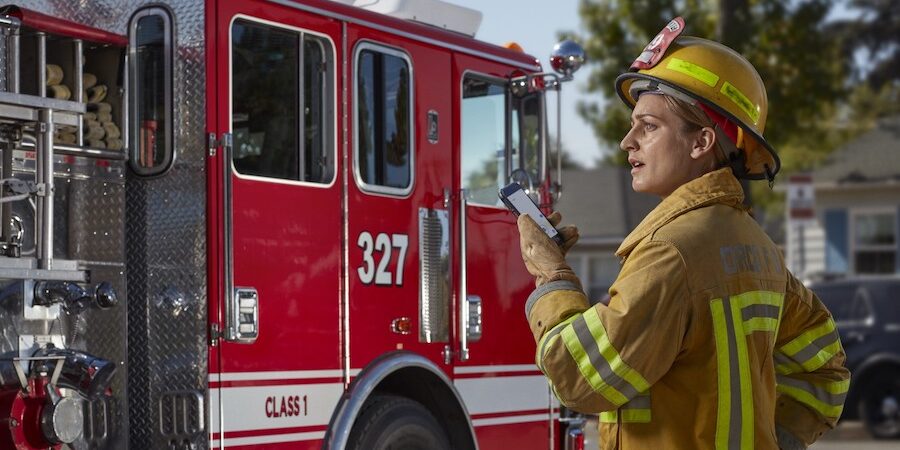 For first responders, information sharing and situational awareness are essential to operational effectiveness and safety. The Android Team Awareness Kit (ATAK) has demonstrated its value in a wide range of public safety environments where coordinating and tracking critical assets in the field — in real time — is paramount.

ATAK traditionally relies on cellular service, but no longer. Agencies can now use ATAK without cellular service by pairing a Samsung smartphone or tablet with a conventional land mobile radio (LMR). In wildland firefighting or remote search and rescue efforts, this significantly expands ATAK’s utility. To understand the full potential of ATAK and how it can work with LMRs, here’s an overview of the program and how it’s already being used by first responders.

ATAK was developed by the U.S. Air Force Research Lab in 2010 to support military special operations. A civilian version became available to government agencies in 2013. ATAK is a collaborative mobile app that tracks team member locations in real time and facilitates data sharing for photos, videos and secure texts. Data from multiple sources can be layered onto one 3D map, and users can quickly share mission-essential information — including real-time camera feeds during critical incidents. For field personnel, ATAK can serve as a powerful command center, providing enhanced situational awareness and expanded operational capabilities.

Situational awareness has a direct impact on operational effectiveness and safety. Perhaps the ultimate example of its importance is in wildland firefighting, where situations can change quickly and incident locations are often unnamed (e.g., mile marker posts).

The Corona Fire Department (CFD) in Southern California has been using ATAK for four years, first using it in 2018 during the Mendocino Complex Fire, which burned 460,000 acres and destroyed more than 280 structures. The city of Corona borders Cleveland National Forest, so CFD personnel are often tasked with fighting wildfires. During the Mendocino Complex fire, CFD captain Andreas Johannson was able to use ATAK to view real-time video from a California National Guard drone and overlay it on the operations map. Johannson has been a champion of ATAK ever since: “I cannot imagine being in firefighting or law enforcement without it.”

ATAK and search and rescue

The Bernalillo County Sheriff’s Department (BCSD) in New Mexico frequently conducts search and rescue missions in the Sandia Mountains outside of Albuquerque. According to Undersheriff Larry Koren, ATAK (on their Samsung Galaxy S21‘s) has dramatically increased the likelihood of completing a rescue safely.

“Before ATAK, there were a lot more phone calls and significant lag time due to relaying information,” Koren says. “Plus, it was subject to error due to miscommunication. We would spend a lot of time trying to make conference calls to keep everyone in the loop. With ATAK, communication is streamlined. Everyone can see key information like the designated LZ [landing zone] or the staging area for the ambulance. It keeps everyone on the same page.”

The reality of wildland firefighting and search and rescue is that missions often take place in remote areas where cellular coverage may be intermittent or nonexistent. In May 2021, a proof-of-concept effort in the Phoenix area sought to determine whether the limited bandwidth of conventional LMR equipment could support some level of ATAK functionality. Samsung engineers worked with first responders and a representative from the radio manufacturer, icom, in a remote area under the control of the Bureau of Land Management (BLM). The testing showed real potential, says Samsung’s Director of Business Development for the Public Sector, Todd Maxwell: “It was able to effectively transmit GPS data and SMS texts.”

ATAK’s newfound compatibility with LMR will help agencies impacted by the Dingell Conservation, Management, and Recreation Act of 2019, an omnibus lands act that dramatically expanded federally protected wilderness areas and parks. “The personnel responsible for managing and protecting these areas will benefit from improved situational awareness and operational effectiveness,” says Maxwell. “Safety will be improved, and accidents like an air tanker dropping its load on firefighters can be prevented.”

The radio equipment requirements are fairly straightforward, says Glenn Williams, Federal Solutions Manager for icom America. “We have multiple models that will work with ATAK to send messaging and PLI [position location information],” he says. “Essentially, a digital or satellite radio using a cable or Bluetooth to communicate with the Samsung smartphone or tablet will get it done.” The icom SAT100, when connected to the Iridium satellite network, will plug into ATAK and allow PLI to appear on the map. One or more units could be anywhere in the world and still network with team members over ATAK.

Williams notes that, when radios are going through a digital repeater system, some programming is needed to ensure the frequency of the location transmission doesn’t cause the system to crash. “We recommend that PLI be broadcast whenever push-to-talk is utilized,” he says. “You can have unlimited users, but it’s important to program the GPS pings so they are not taking place simultaneously — perhaps transmitting once per minute for ground personnel.”

The small amount of data required to send PLI or an SMS text can be sent over the radio with a very short transmission, which makes for longer battery life. Transmitted data is encrypted at a level of Advanced Encryption Standard (AES) 256-bit. When multiple radio frequencies are involved, such as in a mutual aid situation, a gateway can be used to effectively convey the information to the ATAK server and provide a common operating picture (COP).

ATAK can operate peer-to-peer in the field, but it’s most often used in conjunction with a server, for more effective and expanded data sharing among users. This is especially true when multiple agencies are involved in a mutual aid situation. Many organizations are now using server-as-a-service solutions like TeamConnect from PAR Government, a company that has assisted in the development of ATAK and supporting plug-ins for more than a decade. David Tally, Director of Applied Technology at PAR, first used ATAK when he was in U.S. Army Special Operations. Having used the military version of ATAK in the field, he worked closely with Air Force Research Lab developers to refine the product. When Tally left the Army, he went to work for PAR Government to retool ATAK for civilian police and fire agencies. Tally has seen firsthand how ATAK can improve situational awareness and has been instrumental in bringing the full capabilities of ATAK to first responders.

The importance of location

“When it comes to ATAK and LMR capability,” says Tally, “the low-bandwidth connections can work effectively because you don’t need a lot of speed for it [ATAK] to work. It can function across very low-bandwidth connections. You won’t be streaming video or pictures, but the basic stuff [PLI and texts] works well, and it’s really advantageous to be able to do this over voice comms. ATAK really blows people away if they’re coming from ‘just comms,’ because they can have real-time awareness of location even at this low bandwidth.” 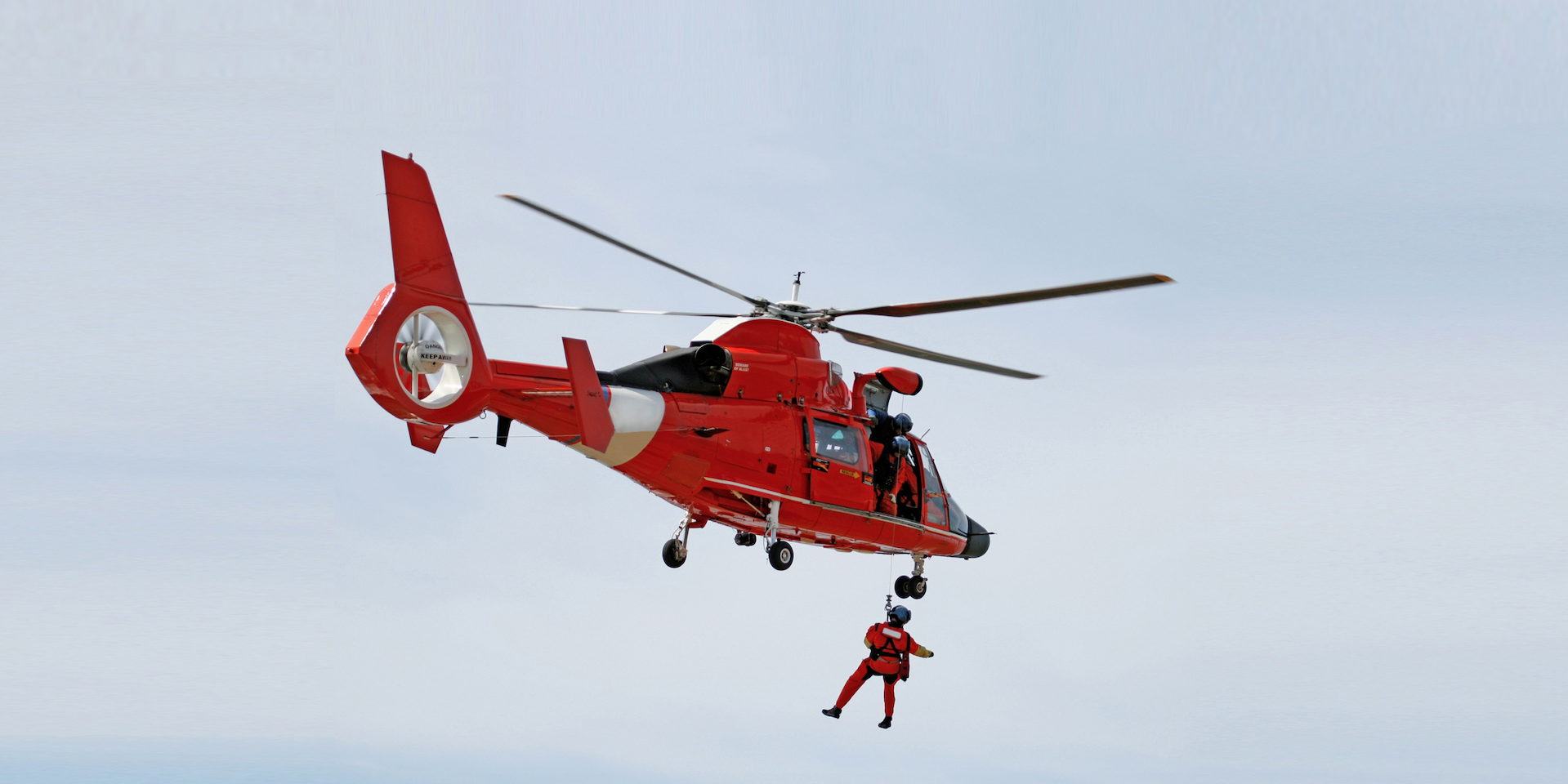 The “where” factor is crucial for first responders. “Number-one priority is PLI,” says Johannson. “Where is that person? The piece [location data] is so small we can do it easily over LMR. In a wildfire, it’s important to know where the personnel are. Even with swift-water rescues, people’s location changes so quickly that ‘where’ is the most important question. Even if there’s no other information, when you have the ‘where,’ you can engage more effectively.

“Although sending video and pics is nice, the reality is that I can tie a voice message [radio] with location,” says Johannson. “Sending location on hazards, a water point, a safety zone — all of that information is mission-critical. And setting up a geofence — that is incredibly useful. To me, it [location] is the most basic, but the most useful, and it can get through when you use LMR.”

CFD is expanding its ATAK capabilities by investing in Motorola APX 8000XE radios that support ATAK over LMR, and will be using these radios with their Samsung mobile devices. The department is also working on regional coordination to leverage ATAK in mutual aid situations and overcome problems caused by disparate communication systems.

“When we deploy, it’s always a challenge because we have different CAD [computer-aided dispatch] systems,” says Johannson. “But ATAK becomes the common denominator and we can see each other on the map. It’s an easy way for us to do a lot of good without a lot of funding.”

To apply for access to ATAK, civilian public safety agencies can go to tak.gov. Once authorization is granted, your agency can utilize ATAK along with related resources and plugins that add to ATAK’s capabilities and make it even more user-friendly. Tally recommends that organizations take a measured approach. Tech company PAR Government can set up a TeamConnect demonstration and help your organization work through the learning curve.

In public safety, situational awareness is key, and ATAK has proven its effectiveness in the field. The ability to use ATAK with LMR in remote areas will improve in-field decision making and the safety of first responders during critical operations.

Find out more about Corona Fire Department’s experience with ATAK see how ATAK works in their operations.

Author’s note: Although digital radios are specifically mentioned in this post, there is a plugin available in the Google play store — Hammer — that is designed to serve as a software modem and permit text and PLI transmission over voice-capable radios. Readers are encouraged to do their due diligence with any ATAK-related plug-ins to ensure equipment compatibility and confirm operational suitability.