When first responders are facing a public emergency, they need information quickly. Whether it’s a wildfire, active shooter scenario or a natural disaster, they need to know what they’re walking into and where their resources are located. They also need to communicate and collaborate in real-time — across teams and often across departments, ideally without too much distracting radio chatter.

The Android Team Awareness Kit (ATAK) used with TeamConnect meets all these needs with a flexible, interactive, map-based platform that first responders can access on their smartphones and tablets. Today, there are more than 250,000 military and civilian government users. But the solution began as a way to improve situational awareness for soldiers.

David Tally was an Army special operations operator when he was introduced to ATAK. His unit was looking to develop a situational awareness tool that would help soldiers gather and share information in the field, and the Air Force Research Lab (AFRL) was working on a similar solution.

“They were in the very early stages but had already met 80 percent of our requirements,” Tally recalls. “We got very tight with that group and helped write the requirements. Then we tested it and gave them end-user feedback. In some cases, there was an end user sitting side by side with a developer. That’s how the tool was built from the beginning — lots of user feedback and very little bureaucracy getting in the way.”

That’s still the case, except today the feedback also comes from firefighters, police and other civilian officers too.

ATAK lets users layer data from a variety of sources, including terrain maps, weather maps, real-time drone footage, GPS from team member smartphones and even legacy computer-aided dispatch (CAD) systems. All this information appears on one easy-to-understand map. Everyone gets the same real-time view of the situation, and users can mark up the map with new information, rather than adding to the radio chatter.

“A couple years in, we showed it to some federal law enforcement guys, who were like, ‘Wow, this is amazing. We’ve got to build an app just like it.’ So we started asking the DOD, ‘Why would the DOJ or local agencies have to build the same thing? It’s already a government solution.”

AFRL and PAR Government (the lead developer for ATAK) opened the solution up to civilian government agencies in 2013. Tally retired from the Army in 2015 and joined PAR in 2016 as director of applied technology. “When I came on board, my mission was to figure out how to get this in the hands of folks at the state and local levels, who may not have the resourcing and access that federal agencies have.”

“The solution needed a robust enterprise backend,” says Tally. “The application and plugins are just a frontend. We created TeamConnect, which pulls all the applications together and lets them talk to each other. We built it with the best commercial technology, so we could easily scale up to as many users as needed. The security level is as high as possible. And we built it to be very simple, so it wouldn’t be an IT burden for smaller organizations. Our catchphrase is, ‘If you can create your own email account, you can manage all of it.'” 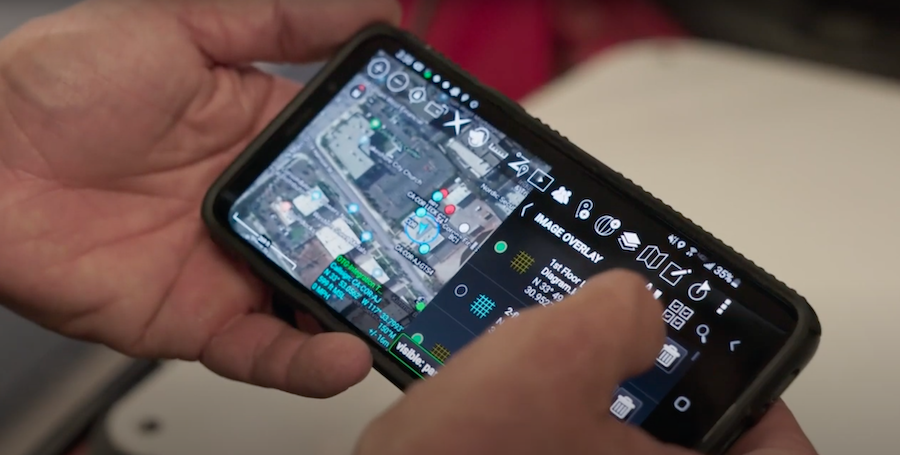 Mobility is important for situational awareness applications, Tally says. “It’s one thing when you’re in an office and you’ve got space to pull out a laptop. But in the field you have such limited ability to do that, especially when you’re on foot and already carrying equipment. It’s critical that the device be small and lightweight, yet rugged and powerful enough to get the job done.”

“In 2007 and 2008, smartphones started coming out, and we could clearly see that mobile tech was going to change everything. It took a couple years before people knew how to start building the applications we really wanted. Then in 2010 and 2011, the Air Force decided to build something on Android, because it’s much more accessible for developers. In a closed ecosystem, it would be harder to do these out-of-the-box, tailored capabilities that we want to create.”

ATAK works on any Android device, but Tally says most users run it on Samsung smartphones and tablets.

“We’ve been very heavy Samsung users since ATAK was first developed, and the device form-factor and capabilities have evolved so much over the years. The extra processing and the additional storage space are crucial for some of the stuff we do with maps and imagery, which are real space hogs. Then there’s the support that Samsung provides developers. We’re able to say, ‘These are the concerns of our end users,’ or, ‘Here’s what we need to make the most out of our application.’ The Samsung team has always been good to work with, and it’s been a solid platform for us.”

Getting started With ATAK

Civilian agencies can apply for access via tak.gov, using an official government email address. Once approved, the government grants the agency access to ATAK and many complementary resources.

“Once they have the app, we can step in on the TeamConnect side and set up a backend solution that meet their needs. In most cases, a cloud solution works well, and we do it on a per-seat basis. A lot of this can be done very easily and remotely, and requires a short amount of time to get up and running.”

Transform fire and EMS with mobility 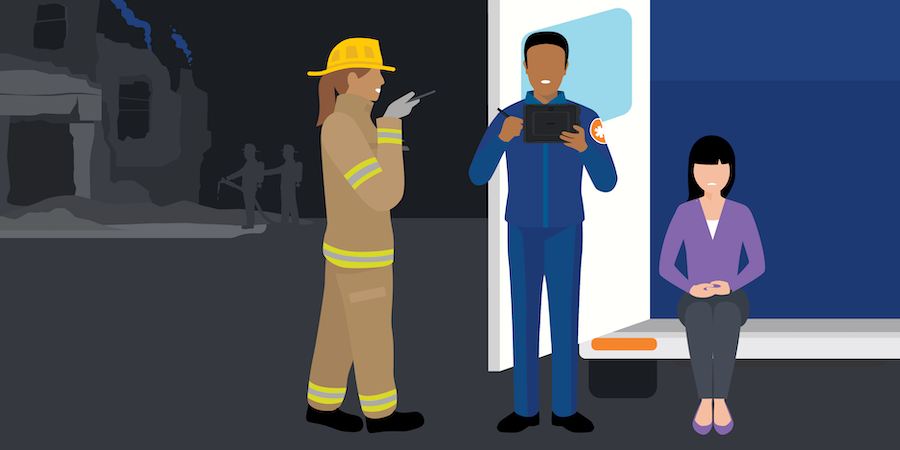 That said, Tally doesn’t recommend running too fast at first. “The crawl-walk-run approach usually ends up being most successful — meaning you get the capability and try it on a limited scale at first. We often let organizations take it for a test drive. We set up a free demo account on TeamConnect and let them see if it works well for them before they take the next steps and pay for a little managed support. Then once they’ve got their feet under them, they’re ready to roll this out. When organizations are all-in right from the start, it’s usually a rough deployment.”

One agency using ATAK is the Bernalillo County Sheriff’s Department in New Mexico. The department’s Metro Air Unit uses TeamConnect on Galaxy S20 smartphones for search and rescue to improve information sharing and situational awareness. The unit is often called upon to rescue hikers in the Sandia Mountains, and TeamConnect helps them pinpoint and communicate locations that might be under tree cover.

As PAR continues to onboard new civilian agencies, they continually update TeamConnect, while ATAK typically releases new capabilities every 120 days. Recent updates include a Fire Area Survey tool, overhauled SOS capabilities in TeamConnect that aid in search and rescue, and video management solutions that are used with ATAK’s UAS Tool. ATAK’s UAS Tool itself is a very powerful drone tool that is gaining a lot of attention from law enforcement and first responders. In the future, they plan to add more industry-specific functionality as well — all based on end-user feedback.

“This is a really big idea, and big ideas require a lot of collaboration,” says Tally. “The Samsung platform has been a huge part of making this successful. Our partnerships with organizations that provide data and content are crucial — and most importantly, great end-user partnerships. As mature as the solution is now, there is a world of potential that we’re going to continue to explore, and more and more tools that we’re going to bring to users. This is just the beginning, and it’s an exciting place to be.”

Discover the various mobile solutions that improve situational awareness and communication for first responders. Use our calculator to see how much your agency could save by going mobile-first.