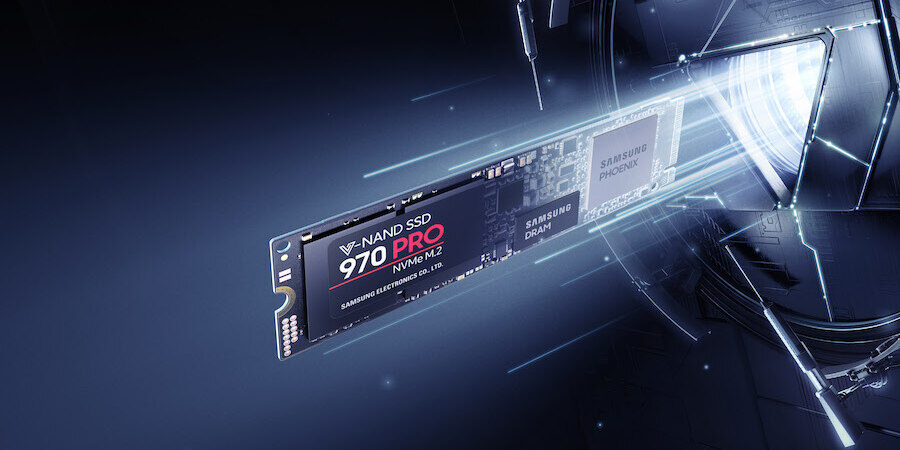 When it comes to storage, most people focus on “speeds and feeds,” how much data a device can store, and how long the device will last. While these are important characteristics, they aren’t the only ones you should be thinking about. The type of interface and drivers that a device has are equally important considerations.

TechTarget explains that NVMe “is a host controller interface and storage protocol created to accelerate the transfer speed of data between enterprise and client systems and solid-state drives (SSDs) over a computer’s high-speed Peripheral Component Interconnect Express bus.” It’s an improvement over older interfaces like SATA and SAS for myriad reasons. One of the most significant is that there’s a clear upgrade in performance. NVMe performance is stellar because it has a far higher read/write throughput. In fact, NVMe performance can hit speeds of up to 32Gbps — over 5 times that of SATA.

Indeed, NVMe SSDs have several features that make them perfect for numerous use cases. For one, they have a small form factor. For example, the Samsung 970 EVO NVMe uses the compact M.2 (2280) form factor, which means it’s 22-mm wide and 80-mm long. The Storage Networking Industry Association (SNIA), a nonprofit storage group, explains that the M.2 is smaller than the standard 2.5-inch form factor SSD and is typically removable.

NVMe SSDs also provide lower latency (the amount of time it takes for the data to move from one place to another) thanks to its design. SATA and SAS transmit data using the older SCSI protocol. SCSI uses a request/acknowledgment paradigm, which means the system checks that data is received before moving on to the next byte.

The NVMe protocol does not. Instead, it uses PCI Express (PCIe) bus, which utilizes thousands of parallel command queues but still requires fewer CPU cycles to process data. There’s less waiting around because data is moving quickly and along many command queues instead of just one. It also uses power much more efficiently, for the same reason. SearchStorage notes that “many [NVMe] drives achieve rates below 20 microseconds (µs) and some below 10.”

With all of these benefits and features, it might seem as if you should use NVMe SSD for everything. However, as with every type of storage, there are specific use cases that make NVME SSD shine and cases where other storage options might be more fitting. For example, NVMe is not meant to be used as a long-term storage device. These are powered devices, and when they’re unpowered, the data can become corrupt over a very long time.

There are many other storage options that may be better suited to these kinds of long-term needs where transfer speeds are relatively unimportant, such as SATA, cloud-based servers and even traditional hard drives (HDDs). In addition, you may find that NVMe drives are more expensive than SATA drives. However, in the long run, the time and energy that are saved by using an NVMe SSD should make up for any small additional outlay. SATA is still extremely fast compared to HDDs, so it’s a smart option for anyone who needs fast — but not blazing fast — speeds.

Where NVMe SSDs shine is in any application where speed counts. Anyone who wants to run artificial intelligence (AI), big data computations, software development, web storefronts, database applications and edge computing will benefit from those NVMe speeds.

Businesses that leverage different data types need different storage solutions. There’s an SSD for every application. Learn more about them in this free white paper, and explore Samsung’s comprehensive SSD portfolio to help you identify a business data storage solution tailored to your specific needs.