If you consider for a moment how far smartphone design and technology has changed in the very short decade since they burst onto the market, there is one trend that has dominated the evolution — smartphone screen size.

From the days of the tiny 3-inch screen to today’s large-screen devices, we have quickly become accustomed to working on bigger and bigger screens. When Samsung first defined the phablet category of smartphone with the launch of the original Note in 2011, people laughed, dismissing the large 5.3-inch screen as ludicrous for a phone.

Today, a 5.3-inch screen is seen as quite normal, and according to a recent Samsung enterprise mobility trends study conducted by GfK Public Communications and Social Science, 58 percent of mobile workers believe that a smartphone screen size of 5.5-inches or larger is best for work productivity. However, just 27 percent said they have a phone that big, while 71 percent of mobile workers cited working on a small screen size as a top frustration.

The frustration stems from the fact that as smartphones have become more and more powerful, users expect to do more and more of the tasks traditionally associated with desktop computers on their smartphones. Download this white paper for a free guide on how to best meet the mobile device needs of each user. Download Now

Mobile enterprise workers today need a powerful smartphone with a screen that’s capable of allowing them to increase productivity by maximizing what they can do with a single device. Samsung’s new Galaxy Note8 is such a device. Here are five ways in which its large Infinity Screen can boost productivity:

For companies to make the most out of today’s mobile workforce, they need to ensure their employees are equipped with the right tools to do the job properly. The Galaxy Note8 offers the perfect solution, providing a powerful and highly secure smartphone capable of letting you do real work while on the move. With long battery life and a screen designed to get work done, you’ll be able to make the most of every minute of your working day, freeing up more time to spend with your friends and family.

See how enterprise mobile solutions are changing the way that employees work on a daily basis. 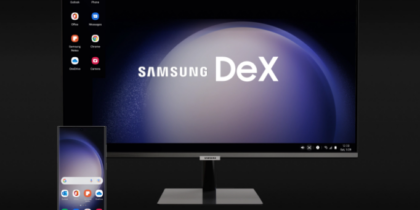 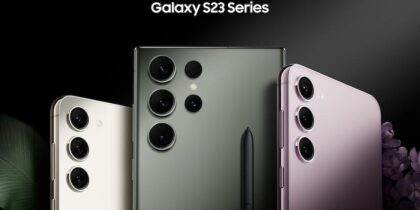