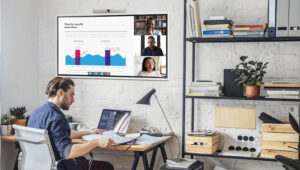 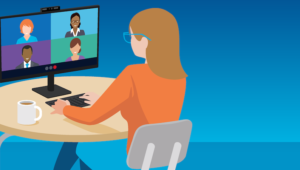 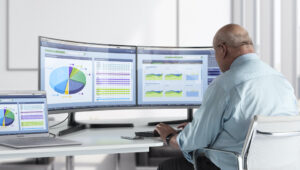 Most extra-wide flatscreen monitors put the far right and left edges of the screen farther away from the user’s eyes than the center of the screen. Because humans’ natural field of view has a gentle curve, these monitor setups can increase eye strain, especially for employees who spend most of their workday in front of them.

A new generation of monitors — like the Samsung S65UA widescreen — feature a slight inward curve, which is becoming increasingly popular in business workspaces. That simple curve may not seem significant, but it can deliver a variety of benefits for your team:

Benefits of a curved monitor 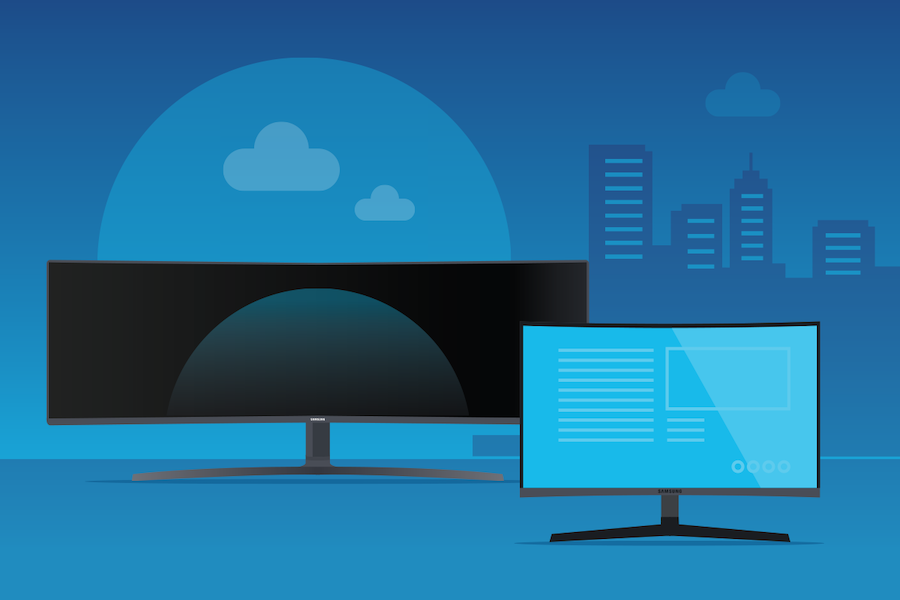 Curved displays provide more than ergonomic benefits. They give desktops a visual wow factor, and they’re suited to a diverse range of work environments, from creative agencies and production studios to medical offices and software engineering labs.

Among all the options on the market, curved monitors are the best office monitors for lessening eye strain. It’s backed by science. When researchers from South Korea compared curved monitors versus flat monitors in 2020, they discovered that curved monitors also improved eye accuracy and speed, while lowering fatigue. These results directly corresponded with the curvature of the screen and its impact on the user’s viewing angle. The researchers concluded that curved screens deliver higher levels of visual search performance and greater comfort.

The benefits of curved monitors apply across a variety of form factors, from conventional widescreen monitors to the ultra-wide monitors that can fully replace a pair of smaller displays. On a curved monitor, users see the middle and side edges of the screen along a horizontal line, which improves visibility. As you may have noticed, workers who use three monitors tend to put them in a curved configuration; it’s instinctual to try to shape sensory input for easier processing.

Among the productivity benefits of curved monitors, a primary perk is their immersive work canvas. A curved widescreen setup may be particularly helpful for people working in creative fields, such as motion graphics and video production, where a wide field of view is a significant advantage.

Also thanks to the curve, the screen’s colors and granularity don’t visually drop off at the edges. On a flat screen, the edges are seen from a considerable angle, which may cause creative elements to be inaccurately displayed or skewed.

In the gaming industry, for example, players interact with their computer more intensely than most people. For gamers, their monitor’s curvature can impact how they interact with virtual environments. And on the production side, video game developers design in-game scenarios with players’ immersion in mind, especially when many objects or visuals are on screen at once. As more players adopt ultra-wide monitors, future game developers may design games differently, to fit within certain perspectives.

User evaluation research from the National Research Foundation of Korea in 2017 confirmed the productivity benefits of curved monitors. “When the usability of a curved monitor display was examined, it was found that people read text contents faster when viewing these on a curved display,” the report reads. “The results of this study provide evidence that the curved display has the potential to open a new monitor market with its increased usability and the consumer preference for it.”

This is a huge win for today’s highly digital workforce, especially for employees who rely on frequent multitasking. Traditionally, these users either jump between multiple apps and browser windows using keyboard shortcuts, or they opt for two to three monitors side by side.

Setting employees up for success

Not all curved displays are created equal, though. First, you should ensure the display fully supports wide quad high definition (WQHD) and not a lower, less pixel-dense resolution. A screen with lower resolution won’t deliver the same high density of pixels and therefore won’t provide as crisp of imagery.

Make sure you also pay attention to the curve’s actual measurements. These can vary by manufacturer and model, but Samsung’s curved monitors offer the greatest curvature on the market, from 1000R to 1800R, where the R stands for the radius of the curve.

Finding the best monitor for reducing eye strain comes down to comparing what additional features are available. Some monitors, like the Samsung S65UA, support a super-fast monitor refresh rate, High Dynamic Range (HDR) color and contrast and useful multitasking tools such as picture-in-picture. Some models also offer ultra-high resolution (WQHD, for example, enables 3440×1440), which may be particularly valuable for creative workers and for professionals who use medical and seismic imaging.

For companies looking to improve their employees’ user experience and boost productivity, curved screens present an excellent solution that’s easy on the eyes — both ergonomically and aesthetically. This combination is ideal for all kinds of business applications, making curved widescreen monitors an excellent investment for any organization.

Choosing a new desktop monitor can be daunting, especially when budgets are tight. Calculate your total cost of ownership for a business monitor upgrade with five easy questions. Or browse all of Samsung’s desktop monitors — for workspaces and budgets of any size. 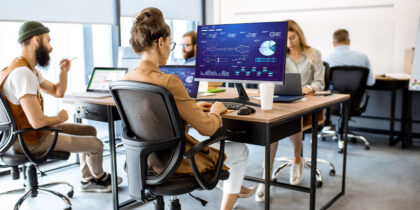 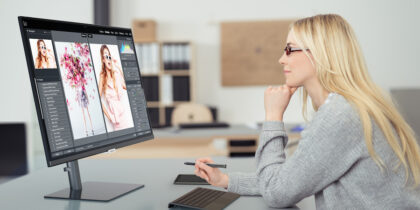 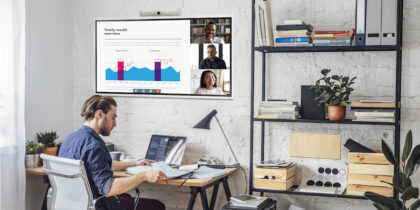 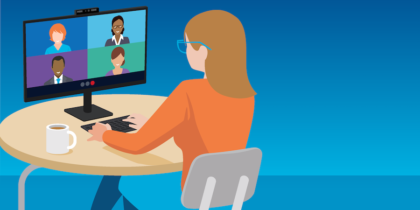 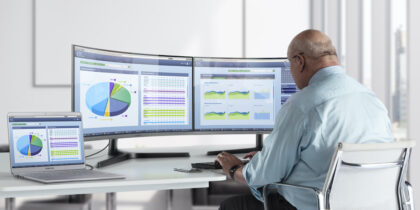