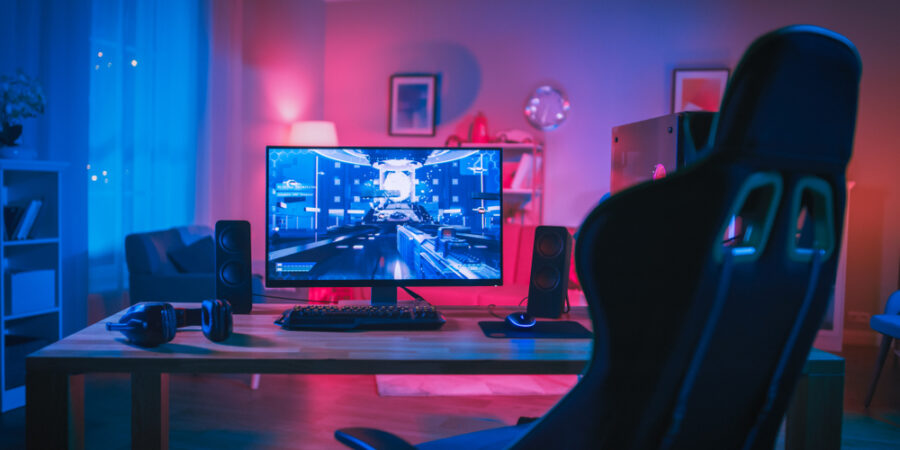 There are many elements that go into designing a fast car. It must have a powerful engine. It must be light, but not too light. Its physical shape must be aerodynamic so the wind can move seamlessly across its body without impeding the work of the engine.

The best gaming PCs take advantage of a combination of central processing units (CPUs), graphics processing units (GPUs) and the fastest, most efficient storage options to provide users with responsive, seamless and fun gameplay. Like the design of a high-end sports car, each of these elements — the CPU, GPU and storage in the form of solid state drives (SSDs) — work together to power the experience. And as with buying a car, you need to understand all of a gaming PC’s options before you make your final purchase.

Thinking through the CPU

If you’re just getting into PC gaming or getting ready for an upgrade, it’s a good idea to become familiar with the different options and specifications. The first component that any PC ad will tout is its CPU, which handles the physics calculations of the system.

At the most basic level, the CPU connects all of the different components of a system, running applications and processes, including graphics. When you’re choosing a CPU, you’ll want to ask how many cores it has (you can buy systems with single-core, dual-core and multicore processors), as well as how fast each core can operate, expressed in gigahertz (GHz). The more cores a CPU has running at a higher GHz, the faster the system can process whatever data you throw at it.

Painting a picture with the GPU

The GPU is key to keeping a game’s images sharp as well as lag- and jitter-free. At its most basic, the GPU sends pixels to your monitor or display, taking ones and zeros and turning them into images on your monitor or display. Although most CPUs can handle some level of graphics, anyone who games will want a system that has a stand-alone GPU.

GPUs are available as integrated chips, which are installed on the motherboard of a PC directly, or as stand-alone circuit boards or graphics cards. While stand-alone GPUs require more power to operate, their much higher consistency and reliability is more than worth it for any gamer.

When you’re purchasing a system, you’ll need to match your GPU with your monitor’s resolution, since the GPU is constrained by a monitor’s capabilities. You’ll also have to consider the refresh rate — how often a brand-new image is displayed on a monitor. Additionally, you’ll need to factor in your system’s power supply and overall slot space.

Finally, you’ll need to think about storage. A large-capacity SSD is critical for storing increasingly massive game files so that they don’t have to be streamed from a distant server. But housing all of those files isn’t the only function of your storage; they also have to be accessed and processed as fast as possible.

That’s why a high-quality SSD is the unsung hero of any powerful gaming computer: they help to reduce latency and keep your games running buttery-smooth. With SSD gaming, players aren’t stuck waiting for a room to load, or watching images pause or stutter when they’re entering new locations or rendering new objects.

Unlike traditional hard disk drives (HDDs), SSDs use flash-based memory to store data, as opposed to a spinning disk. For this reason, they have significantly faster read/write times. SSDs that feature non-volatile memory express (NVMe) connections are even quicker, as they link directly to the computer’s PCIe lanes.

SSDs are often more reliable than their older siblings, too, since they have no moving parts, which means there’s less chance of failure or damage if your system gets bumped or dropped.

While each of these design elements is important, combining all three in a PC gives gamers the most immersive, speedy and reliable rig for gaming. Simply buying the most expensive option out there doesn’t necessarily mean you’ll get the best gaming PC — you’ll need to look for the best-in-class CPUs, GPUs and SSDs.

Samsung SSDs, for example, are designed from the ground up for intensive workloads like gaming, video processing and graphics work, so your games load faster, and gameplay remains smooth and reliable, no matter what surprises you face.

Learn more about Samsung’s high-powered SSDs and how they can boost your overall gameplay as well as your other graphic- and processing-intensive processes. With over-provisioning, you can get even more out of your SSDs. Learn more in this free white paper. 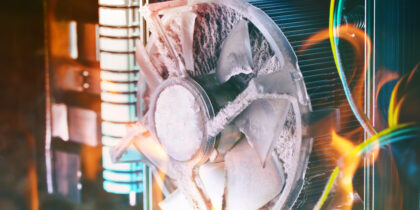