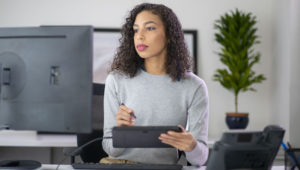 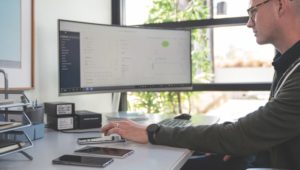 Disruptive Technology in 2016 and Beyond

From the IoT and mobile productivity to virtual reality, 2016 proved to be a year of disruptive technology for enterprises. Across a range of industries, IT managers and business leaders alike have looked to emerging technologies to drive down costs, improve the customer experience and boost employee satisfaction.

While analysts and futurists have spoken about the Internet of Things for decades, 2016 was the year that many enterprises truly awakened to its potential. According to Gartner, 29 percent of enterprises had implemented IoT at the start of 2016 but another 14 percent planned to deploy IoT projects during the year, representing a growth rate of nearly 50 percent. If 2016 was the “proof of concept” year for IoT, we can now expect it to become an essential element of enterprise technology roadmaps and a central business differentiator.

Frost & Sullivan predicts there will be approximately 80 billion connected devices within the IoT by 2020. This will drive bottom-line improvements for enterprises: Best-in-class organizations that use IoT technologies extensively in their products and operations will be up to 10 percent more profitable by 2025.

In 2016, business leaders learned how the IoT could increase workplace efficiency. Among IT decision makers, 70 percent now say IoT creates a better customer experience, and 65 percent now believe it keeps them globally competitive, according to Frost & Sullivan. By connecting a wide array of “things”— devices, sensors, production equipment — to the internet, IoT leverages data, improves and speeds up decision-making, and allows business leaders to take advantage of opportunities as soon as they arise. A disruptive technology, IoT is helping to reveal new business opportunities in the form of real-time operational productivity.

In 2016, the enterprise continued the push toward a mobile-first paradigm, embracing new productivity tools and security solutions along the way.

With the rise of the mobile-first mentality, enterprises in 2016 sought out and embraced new security solutions to ensure their highly mobilized workforce could operate securely. Regulated industries such as financial services, healthcare and the federal government have been especially proactive in seeking solutions.

Many have turned to the multilayered security of our Samsung Knox platform as a remedy. With strong industry recommendations and a solutions team available to support enterprise deployments, Knox helps mobility managers reap the benefits of a smartphone-enabled workforce, while meeting the highest standards of security. 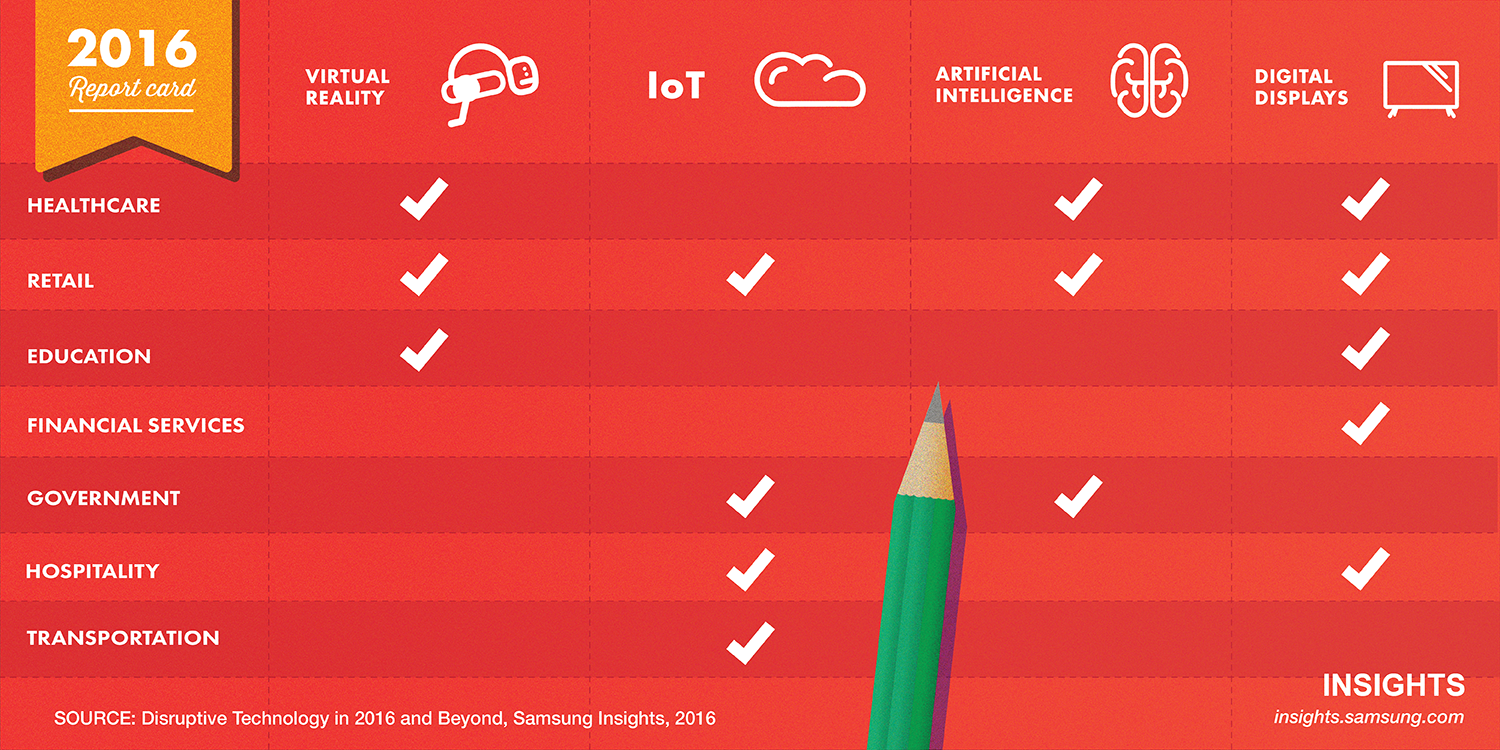 Looking back, we may well come to see 2016 as the year VR really began to take off. What started as a sensory immersion adjunct for gamers has taken on new forms in the past year with the emergence of AR, or augmented reality, and the first stirrings of MR, or mixed reality. Even as these new iterations began to take shape, immersive VR saw its strongest implementations yet across a range of industries.

In medicine, surgeons in training honed their skills in virtual operating rooms, while government used VR to tackle public health issues by creating digital simulations that encourage smokers to quit. Real estate companies began producing virtual tours and neighborhood walks to help companies pare down the travel costs associated with relocation. And the entertainment industry continued its push into VR, such as the release of the “virtual companion” experience that accompanied the movie “Assassin’s Creed.”

Mobile security is crucial for enterprises. 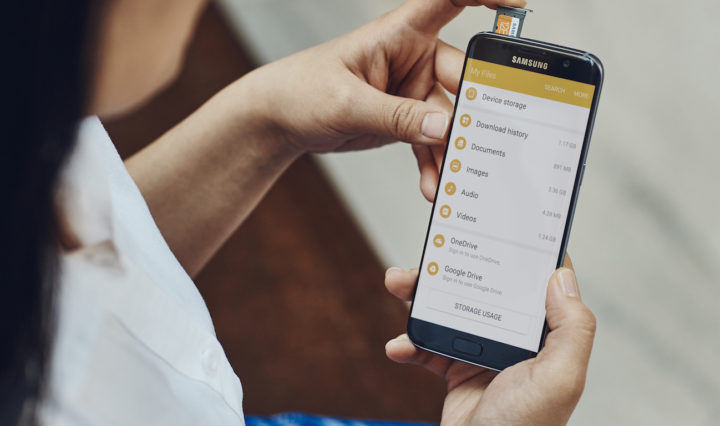 Download the white paper to learn why Samsung devices are some of the most secure available. Download Now

In the coming year, enterprise leaders will be looking to build on the momentum of the past 12 months. Many are already thinking ahead to their strategic positioning and the steps they’ll need to take in order to keep pace with the coming changes.

● The IoT environment will continue to expand, with more devices connected to drive more and different business ends. 2017 will see a shift in focus, with IoT implementations expanding beyond business process improvement (think the plant floor) to customer engagement. Businesses are now looking for IoT to help drive improved customer service and to deliver new value to customers. This means that areas like retail, healthcare and transportation will be the next industries to “pop” from an IoT perspective. To address these opportunities, Samsung continues to invest in the IoT space by building out our own portfolio of connected devices, from handheld devices, wearables and connected auto solutions to smart displays. We also continue to expand our ARTIK platform capabilities to help customers accelerate IoT development and deployment.

● As the IoT expands, new questions about security, privacy and liability are going to arise. Enterprise managers need to look not only at the emerging technology but also at its implications. They’ll need to implement smart policies alongside their smart things and algorithms. Samsung continues to invest heavily in Knox to provide the levels of IoT security that customers need.

● VR/AR/MR will all continue to garner public attention, with enterprises across a range of industries seeking out creative uses for these engaging forms of communication. “Pokemon Go” was the augmented reality hit for consumers in 2016, and its success has inspired businesses to experiment with how AR can help their staff perform better, such as helping them tackle the data deluge. Researchers estimate that enterprise data grows nearly 60 percent per year (90 percent of that being unstructured) and the average amount of data stored per company is 200 terabytes. Once accessible and integrated, those troves of data could add tremendous value. Now is the time to look at potential implementations and consider use cases that could allow employees to seamlessly access and apply centralized data to their work while on the go.

● We will see the continued rise of artificial intelligence and machine learning-driven techniques such as deep learning, neural networks and natural-language processing. When systems can “learn,” businesses stand to benefit through greater efficiencies and better decision-making capabilities. Enterprise users can prepare by exploring avenues of automation, investigating the emerging capabilities of AI and considering them against current workflow processes.

● The coming year will also see the merging of biofeedback and wearables for employee engagement take off in new industries. The “quantified self” will no longer be confined to the health and fitness category. New applications may harness the intuition of stock traders, aid with staff training or serve to gauge employee wellness in high-risk situations, such as in industries like transportation and the military. Along these same lines, more enterprises will come to realize the value of VR for stress management and employee engagement.

The nature of knowledge work will continue to evolve as the millennial generation, already the largest in the workforce, grows to between 50 and 75 percent of the workforce by 2020. Millennials are driving a trend toward freelance work, including remote work programs and shared workspaces like WeWork. This has technology implications: While BYOD has taken hold in some areas, most companies are responding by offering employees variety in their corporate-owned, personally enabled (COPE) devices.

As a result of these changing work trends, combined with new approaches to corporate-owned devices, we can expect a shift in focus of the traditional triple play (desktop-laptop-mobile) to mobile-tablet-laptop or perhaps even wearable-mobile-laptop. One thing is certain: The smartphone is at the center, with 2017 bringing even more advanced techniques for allowing it to interact with other devices.

Find out how machine learning algorithms are enabling organizations to supercharge workflow processes across their enterprises. 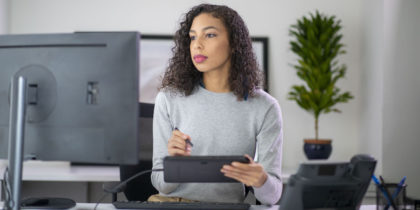 Samsung's Taher Behbehani chats with Don Callahan about how organizations will restructure and evolve in the wake of the pandemic.