Get your free guide to mission-ready mobile solutions built for the hyper-enabled operator.

In military tactics, close air support (CAS) is critical to the mission. According to the RAND Corporation, CAS is air action or firepower designed to provide support to ground troops in close proximity to hostile forces. Mission success requires the utmost speed, accuracy and seamless communication. This means those in the air must have real-time visibility into ground force positioning and plans, as well as command and control (C2) — because one misstep or wrong move could mean fatalities.

Mobile technology can play a critical role in supporting tactical mission success in CAS, and the Department of Defense (DoD) is actively investing in solutions that are proven to drive the needed connectivity. Specifically, mobile in the forms of smartphones and handheld tablets are a secure and customizable platform for troops to access critical battlefield information and various missions. For the unique mission of CAS, mobile capabilities can help improve battlefield coordination and agility, power friendly force tracking and enhance C2 decision-making.

CAS requires some of the most demanding missions for pilots. Imagine you as the pilot having to coordinate with the ground leader, strike aircraft and communicate with C2 agencies simultaneously. Additionally, you have to maintain visual contact with friendly forces and attacking aircraft, locate and mark targets and avoid hostile ground fire.

Before modern day mobile technology, pilots had to conduct such missions while communicating on at least three different radios, according to the Georgia Institute of Technology. Mobile platforms, however, in the forms of tablets and handheld devices, can seamlessly integrate with other tactical devices and radios to provide greater capability and redundancy. Additionally, mobile solutions have the ability to securely empower forces with greater portability, so data can be collected and accessed regardless of how complex the mission gets.

U.S. Marine Corps’ (USMC) Kinetic Integrated Low-cost Software Integrated Tactical Combat Handheld (KILSWITCH) is one example of how mobile can change the game for CAS. Designed to facilitate capabilities like real-time data sharing between both Joint Terminal Attack Controllers (JTACs) and overhead aircraft, forces can use KILSWITCH through the ruggedized Samsung Galaxy Tab Active2 to quickly call in coordinates and confirm support. As a result of having quicker access to better information, troops have been able to use KILSWITCH to deliver strikes in four minutes, instead of what used to take half an hour to coordinate and execute.

One of the most important missions for pilots conducting CAS is ensuring who’s friend and who’s foe. According to Joint Publication 3-09.3, effective CAS requires minimizing friendly fire. The document states, “Each participant must make every effort to identify friendly units, enemy forces and civilians prior to targeting, clearing fires and weapons release.” This requires careful decision-making and situational awareness that enables pilots to quickly, yet safely engage. Friendly or blue force tracking (BFT) has proved highly valuable to ensuring that fratricide, or “fire on friendly forces,” is minimized.

Transform Your Tactical Operations With Mobility 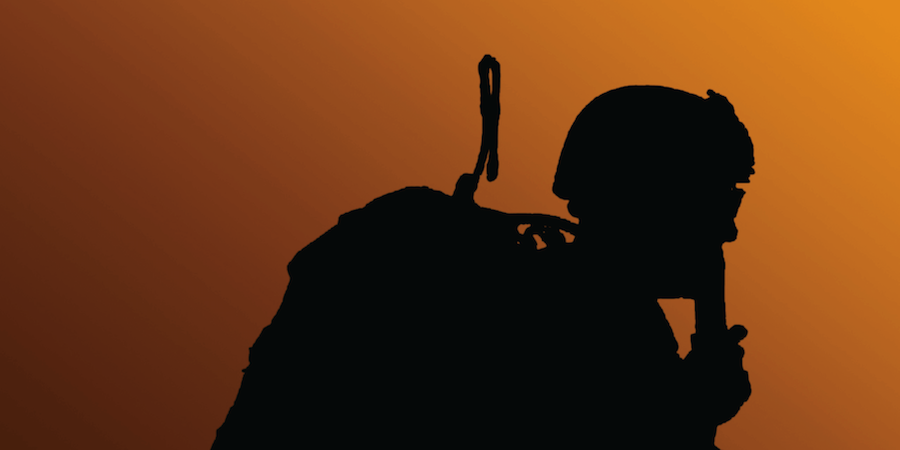 Used since 2002, BFT — a capability found in many military and civilian mobile apps — provides tracking services on more than 98,000 military-affiliated platforms, according to a press release from the Army’s Communications-Electronics Research, Development and Engineering Center (CERDEC). BFT systems are normally comprised of a computer for display, a satellite terminal and satellite antenna for transmitting location and other data, a Global Positioning System (GPS) receiver to determine one’s own position and a mapping system in the form of a geographic information system (GIS) that plots the BFT device on a map. Friendly forces are marked by blue and enemy forces are indicated by red.

The military is now exploring the next phase, BFT 3, which “will employ several new and enhanced features, including increased network capacity to transfer data, advanced resiliency to electronic warfare attacks and improved means of moving data from source to destination in different operating environments,” according to the CERDEC press release. To ensure air support does not fire on friendly forces, BFT requires seamless networks and GPS tracking for top-notch situational awareness. “The goal of the next-generation BFT 3 is to reduce the cognitive burden on soldiers by creating a simple and intuitive network,” added Lt. Col. Shane Sims, product manager for Joint Battle Command Platform in the CERDEC announcement. “The network has to be smart and fast enough to support these future missions.”

Mobility is also proven to help with this mission by enabling speed and improved situational awareness through interoperable devices. Solutions like Galaxy S9 Tactical Edition offer a pre-configured software suite backed by defense-grade security that operates seamlessly with tactical radio systems and applications. With Tactical Edition, those involved in a CAS mission would be able to gain real-time situational awareness by accessing the necessary GIS mapping, site survey, radio controls, web browsing, chat and more on their mobile devices. All of this would enable better collaboration between pilots, foot soldiers and C2 so that all parties can better identify friendly troop locations to verify where to direct support.

For C2, situational awareness is crucial to guiding troops on the ground or assets in the air by delivering information required for the mission. Commanding officers need real-time data and exact coordinates to make the best decisions and advise all parties involved accordingly.

A new mapping engine, the Android Tactical Assault Kit (ATAK), for example, can enhance C2 capabilities and decision-making so they can quickly help identify friendly troop locations and verify where to direct support. The geospatial infrastructure application overlays mapping, site survey, radio controls, web browsing, chat and more. ATAK is being used across military branches today. For example, in July 2018, the US Air Forces began using ATAK in their patrol cars, according to a press release. The 96th Security Forces Squadron (SFS) is now leading an experiment for a potential “Air Force-wide base defense communication platform” that will leverage ATAK by coordinating “cellular communication, GPS and a base network,” according to the release. ATAK is known for its ease of use and dependability, which is crucial for ensuring a successful CAS mission.

Ultimately, mobile solutions will play a central role in enabling stronger CAS by delivering seamless interoperability and communication, speeding up response time and improving decision-making with dependable, real-time tracking and data. Altogether, these capabilities help to pinpoint friendly troops and save lives. With solutions like Galaxy S9 Tactical Edition, equipped with Knox for defense-grade security, soldiers can leverage the agility, collaboration, communication and situational awareness they need, knowing their targets are precise while their troops and data are safe.

Learn more about how mobility can support the mission of the Air Force and federal government.

With over 27 years of experience in the defense, intelligence and transportation industries, Chris Balcik currently leads Federal government sales for Samsung’s B2B Mobile division. Chris brings with him expertise in assisting public and private sector clients including the FAA, DNI and DoD on complex, large-scale systems engineering and technology transformations, concept of operations design, program management, business case analysis, and business process optimization. Prior to entering the civilian workforce, Chris was an Officer in the United States Air Force leading Command and Control support to military operations.

How to pick your first MDM

Make sure you get the mobile device management (MDM) system that has the right capabilities using this proven process.

What is MDM? Does your small business need it?

As smartphone adoption in small business grows, so does the need for mobile device management.