The Mixed Reality Revolution Is Here

Before there was virtual reality and augmented reality, there was just plain old reality — the sights and sounds of everyday life and ordinary, tactile encounters with three-dimensional objects.

Last year saw the rise of virtual reality (VR) as a disruptive technology in the consumer and enterprise marketplaces. Augmented reality (AR) has followed close on its heels, and now a third contender has entered the arena. Mixed reality (MR) offers a vigorous new approach to the way we experience our surroundings, both material and digital.

What are these multiple realities that have garnered so much press lately? What can they do? How do they differ from one another? What does it all mean for the enterprise community?

Virtual reality puts the real world on hold, using a combination of surrounding headgear and digital content to shut out the external environment and immerse the user in an alternate experience. More than just a visual experience, VR encompasses the participant. Sights and sounds emanate from all sides, which fool the brain into experiencing a sense of motion in a world that seems to have weight and depth.

The realness of VR makes it an intriguing medium for those seeking to simulate a real-world scenario. Doctors in training can use it to hone surgical skills without actually operating on a person, and teachers can lead students on virtual field trips.

The promise of VR is also significant for the enterprise. Any industry that engages in training, spends money on travel or seeks to stimulate consumers’ imagination may find a use for VR.

2016 was the year of disruptive technology. 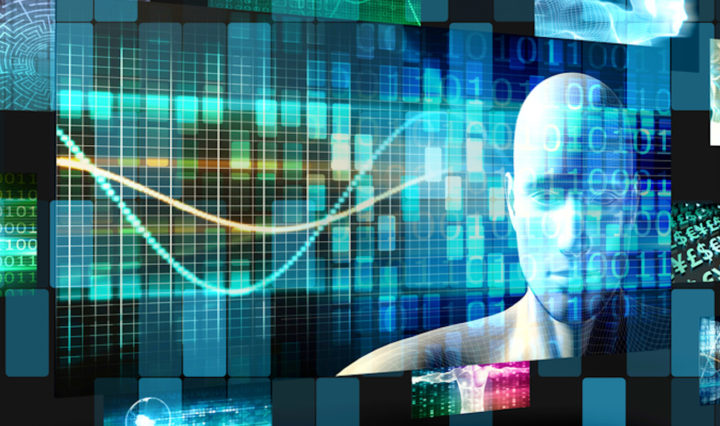 Here are more of last year's biggest tech trends, and what we can expect moving forward. Download Now

Augmented reality puts a digital overlay on top of the real world, and enriches what we already see and experience with new information. Instead of a headset, users typically interact with this augmented world through an AR-enabled smartphone or tablet browser.

Enterprise users might take a cue from hotels, which have been among the early adopters. For example, the Hub Hotel from Premier Inn, the U.K.’s largest lodging chain, offers guests a wall map of the local area. A visitor can point a smartphone at the wall to discover local points of interest, combining information with entertainment.

Perhaps the best-known example of AR comes from the gaming world. The 21 million daily users of the astonishingly popular “Pokemon Go” seek to find and catch digital monsters via an AR interface. This proved a boon to store owners. As gamers came out of their living rooms and took to the streets and shopping malls in search of prey, some merchants saw increased foot traffic, suggesting that AR could be a long-term asset to the brick-and-mortar enterprise.

Mixed reality offers yet another vision for melding the digital and physical planes. As the name suggests, MR is a disruptive technology that combines some aspects of VR and AR to arrive at a new and different endpoint.

As with AR, an MR user stays in the real world, but the overlays are richer and more complex. Where AR might offer relatively simple visual data, MR delivers large, complicated digital features similar to those discovered in a VR environment. By anchoring these virtual objects to a fixed point in space, MR makes them more real, creating a more pervasive and compelling illusion than in AR.

As a hybrid proposition, the MR approach offers many advantages. Users are drawn to the rich, immersive nature of virtual reality and are impressed by the designer’s ability to create entire worlds from scratch. At the same time, there is something attractive about the way augmented reality allows us to stay grounded. The ability to encounter an additional layer of information while remaining in one’s own place and time is compelling.

Combine the two, and endless possibilities begin to surface. Although the enterprise case for mixed reality is just emerging, it’s clear that continued broad-based acceptance of VR and AR will likely clear the way for new and diverse implementations.

VR can be used across industries, as illustrated by the virtual reality experience recently launched by the makers of “Assassin’s Creed.”