Connected Vehicles and IoT Technology: Are You Ready?

You may still be driving yourself to work today but, as autonomous vehicles continue to evolve, it’s time to start thinking about a future when you will have some additional leisure or productivity time as you are chauffeured to work. And to enable a richer and more connected experience in your autonomous vehicle, as well as ensuring your vehicle stays safely on the road, IoT technology will be key.

As this transition to autonomous vehicles takes place, the need for connectivity, data consumption, security and innovation will become infinitely more important, and automotive manufacturers will focus increasing energy on connecting vehicles to the cloud using IoT technology.

“All of these different technologies out there right now are somewhat held at bay in terms of their ability to connect with vehicles, but all that is going to change,” predicted Surhigh. How soon? He cited studies projecting that by 2040, 50-75 percent of the traffic on the roadways will be autonomous.

During the session, Surhigh discussed how interconnectivity will become increasingly important for autonomous vehicles — everything from managing traffic flows to individualizing experiences, collaborating for efficiency and orchestrating engagement.

Leading the way in this arena is HARMAN Ignite, an end-to-end cloud-based platform designed to support vehicle immersion into a broader IoT ecosystem that enables manufacturers to accelerate their autonomous vehicle visions. In addition to enabling connectivity, the platform also assists automakers, dealers and service providers with device management, application enablement, analytics and managed services capabilities. Manufacturers can use the platform to help meet customer needs — not only for safety and convenience but also for information and entertainment — by easily deploying and managing new cloud applications and services. 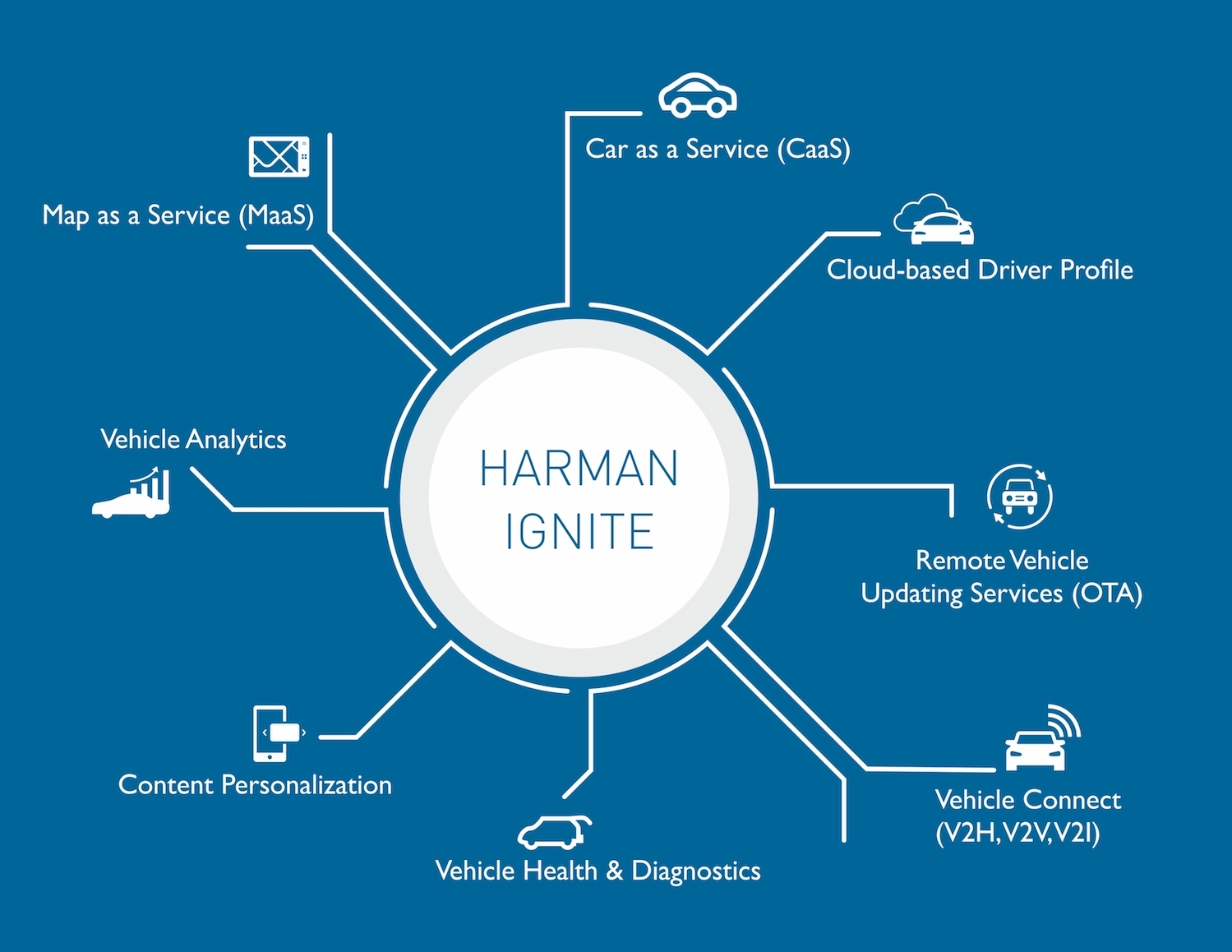 Surhigh believes HARMAN, a Samsung company, is well positioned to play a major role in securely bringing the connected car into the IoT ecosystem. “We have a secure pipe where we’re going directly from Ignite in the cloud into the vehicle, and then we’re managing the orchestration and security federation with other clouds,” said Surhigh.

To that end, Surhigh emphasized that as more apps, services and platforms are developed to deliver connected vehicle content and services through the cloud, it becomes increasingly important to manage interactions in a central cloud-based location. This allows for the integration of multiple systems and processes, allowing new business models and revenue streams to be realized in the vehicular ecosystem.

Surhigh also noted that the transition to autonomous vehicles is already impacting not only automotive manufacturers, but other enterprises that want to be able to leverage autonomous vehicle technology as part of their business model.

“This is car sharing, ride sharing, delivery companies — companies that have an interest in integrating the autonomous vehicle into their business workflow,” explained Surhigh. “So all of this is really driving a need and driving a business model to look at more and more connectivity with the vehicle, and connecting that vehicle to the outside world.”

According to Surhigh, the main areas of focus for autonomous vehicles include vehicle operations (the technologies that allow the car to be driverless) and in-vehicle content (the “infotainment” that will be included in the car to occupy passengers).

“Today, vehicles have millions of pixels in the vehicle; it’s going to ratchet up to billions of pixels,” he said. “So what you’re going to see is much greater opportunity to start streaming video into vehicles, and to start streaming other content, multiple streams, into the vehicle in and of itself.” Surhigh also emphasized that increased data needs — a fully autonomous vehicle is expected to generate 1TB of data per day — will require greater bandwidth utilization requirements: “Every OEM is currently looking at 5G and beyond.”

As auto manufacturers and other enterprises think about what steps they can take today to boost efficiency and lower costs in offering customers a connected lifestyle experience, they’d be wise to keep an eye on HARMAN Ignite. Surhigh convincingly made the case that the platform is well-poised to maximize security and scalability for connected car services and applications, now and in the future.

Learn more about some federal initiatives aimed at connected car standards, designed to advance the technology.

Robin Madell serves as an award-winning copywriter, ghostwriter, and speechwriter for executives, entrepreneurs, and other thought leaders across diverse industries. In these capacities, she writes frequently for C-level execs and senior-level leaders to help them craft their messaging and create a wide range of content. Robin specializes in creating targeted content and offers expertise in areas including leadership, management, career, technology, finance, healthcare, law, real estate, advertising, public relations, marketing and nonprofits.